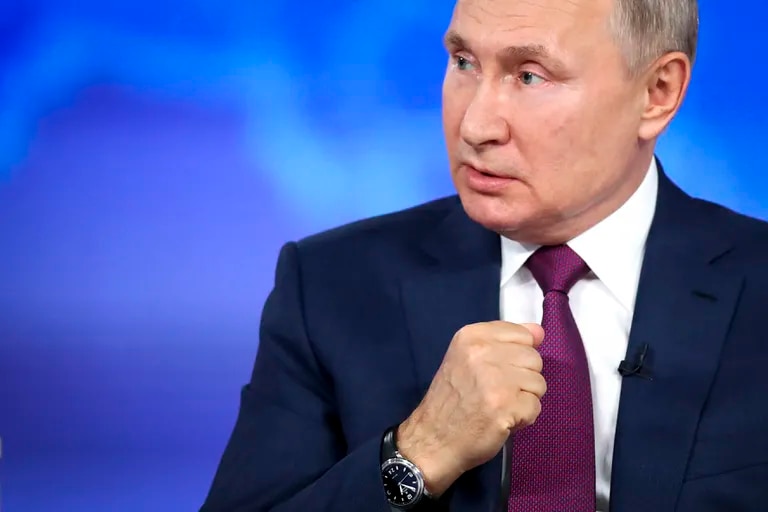 WASHINGTON.- As the famous saying goes, No military project survives its first contact with the enemy. The great war theorist Carl von Clausewitz explained that strategies must be dynamic, constantly changing and renewing themselves. In his famous 1832 essay On War, he states that some generals “consider only unilateral actions, when in fact war consists of a continuous interaction of opposites.” The West today must incorporate those lessons Conflict with Russia And adjust your strategy, which is at risk of failure.

Important Western strategy points in two directions: Providing arms, training and money to Ukraine while imposing severe economic sanctions on Russia. In principle, the basic idea still makes sense, but the balance between Both measurements require adjustment. It has already become clear that the economic war against Russia has not yielded even remotely the expected results. To the President Vladimir Putin These sanctions against the Russian people care less about their effects on the Russian state. And thanks to rising energy prices, the agency Bloomberg News projects that Russia will receive extraordinary returns for its oil and gas exportsIt will reach 285,000 million dollars this year compared to 236,000 million in 2021.

Meanwhile, Europe faces Worst energy crisis ever Over the past 50 years.

The fundamental problem with the economic war against Russia is that it has no teeth because it runs out of energy. The Russian economy is basically energy. Oil and gas export revenue accounts for nearly half of the Russian government’s budget. And sadly, The solution is not for the West to completely stop buying Russian energy, because the world market is undersupplied and that would drive up prices even more. As Europe has developed a dangerous addiction to Russian energy over the past two decades, it cannot quickly switch suppliers without plunging into a deep and prolonged recession.

See what’s already happening on the continent and where Natural gas prices are 700% higher than they were at the beginning of last year. Above that, the gas pipe North stream 1Germany receives most of the Russian gas, shut down on July 11 for maintenance, who knows, Maybe Putin will decide to punish Germany and the West and not reopen it… If that happens, Germany, Europe’s largest economy, will almost certainly go into recession. Putin’s strategy seems to be to make the West buy time at a higher price, assuming that the rift in the alliance against him will deepen when their economies suffer the consequences.

The West has yet to give this problem the importance and priority it really deserves. The Netherlands has a large gas field, but production is declining. Germany seems determined to shoot itself in the foot by going ahead with its timetable for decommissioning nuclear power plants. The Biden administration is complicating long-term investments in oil and gas, and has not found a way to restore the nuclear deal with Iran, which would have pumped millions of barrels of crude into the world market and almost certainly stabilized its price. . I understand that there are valid objections and skeptics to all of these policies I mention, but defeating Putin should be the priority.

On the contrary, Putin’s real vulnerability is on the military front. The Russian military has extended its control over the Donbass in eastern Ukraine, but at great cost. Thousands of Russian soldiers have died, supplies are scarce, and worse, Putin has no recruits. According to a report from Economist, The Kremlin has failed to change its ranks And he pays three times the average salary to new recruits.

In addition, Russia is suffering from the loss of heavy weapons that are difficult to replace, especially those that use sophisticated technology imported from the West and its allies. Recently, the US Secretary of Commerce, Gina RaimondoEquipment seized from the Russians on the battlefield revealed microchips taken from refrigerators and washing machines.

Western leaders must admit that Sanctions plain and simple are not going to work, at least in a logical time frame. Therefore, they should increase global energy production and supply as much as possible, but withdraw those sanctions that harm the West more than Russia. At the same time, Western countries should increase military aid to Ukraine, taking more risks in this regard. Lifting the siege of Odessa would be a huge economic victory for Ukraine and a crushing symbolic defeat for Russia.

Winter is approaching in the Northern Hemisphere and Europe’s homes may be without heat. In Ukraine, when the steppe is covered with snow, it will also be difficult for the troops to evict the Russians. Time is running out and not in our favor.