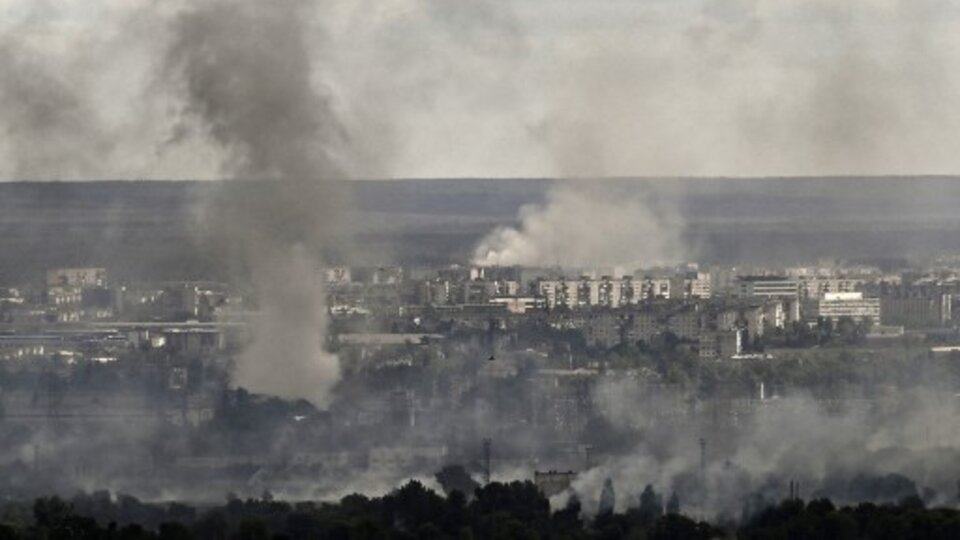 Zelensky announced the suspension of gas and coal exports

The announcement was made by Ukrainian President Volodymyr Zhelensky on Tuesday In the recorded message The country will suspend gas and coal exports Go through the “most difficult winter of all years of independence”.

“In the current situation, due to the occupation of Russia, it will undoubtedly be the most difficult winter of all the years of independence. But, everything is fine. We have to deal with it so that our people can feel the normal work of the state,” he said. President -. Now, We will not sell our gas and coal overseas. All national products will be used for the internal needs of our citizens“.

The decision was taken after a meeting with members of the government, which was also attended by representatives of state energy companies and regulators.

In parallel, the head of state stressed that the government is doing “everything” to increase electricity export capacity. In this regard, he stressed that the integration of Ukraine into the European energy network not only ensures an additional flow of foreign exchange earnings, but also contributes to stabilizing the energy situation in neighboring countries that have decided to reduce the consumption of Russian supplies.

Russia’s Foreign Minister Sergei Lavrov has promised that Russia is “ready” to work with Turkey to guarantee the safety of grain ships leaving Ukrainian ports..

“We are ready to ensure the safety of ships departing from Ukrainian ports … with the cooperation of our Turkish colleagues,” Lavrov told a news conference with his Turkish counterpart Mevlut Cavusoglu.

Lavrov arrived in Ankara on Tuesday night and discussed the creation of seafront corridors for grain exports.

At the request of the United Nations, Turkey provided assistance in transporting the ships. According to Cavusoglu, “the UN plan is reasonable and feasible.” “Ukraine and Russia must accept it,” he said.

The conflict, which began on February 24, has spurred prices and put many countries, especially in Africa and the Middle East, on the brink of famine.

The Turkish minister also said that the lifting of sanctions against Russian agricultural exports was “legal”.. “If we want to open the Ukrainian international market, we think it is legal to lift sanctions on Russian exports,” Cavusoglu said.

The Russian Church changes the head of its foreign relations

The Orthodox Patriarchate of Moscow, the church closest to President Vladimir Putin, has replaced the head of its foreign ministry, the Patriotic Grill (or Cyril). In a gesture read at the Vatican that Ukraine is strengthening religious support for the war.

DelightWHO From the beginning of the war, he maintained a distant positionAmong the Russian posts of the Prime Minister of that European country, Victor Orban, will be the administrator of the Hungarian Orthodox Diocese of Budapest.

Hillary, 55, who already held the presidency of the Hungarian diocese between 2003 and 2009, appears to be the best candidate to become president of the Patriarchate after the 75-year-old grill.

Antonio de Corson, meanwhile, Grill’s most trusted cleric, at the age of 24 he had already been appointed his personal secretary.

A few days after Orban’s removal of the grill from the list of persons allowed by the European Union, there was a change in Patriarchate’s foreign relations.

Since the beginning of the war, Grill justified the conflict and received criticism from Pope Francis, who decided to postpone the scheduled meeting with the Orthodox leader in Jerusalem on June 14.

Francis and Grill spoke in mid-March in the middle of the war, finding that the pope had rejected any justification for the conflict.

“Once upon a time there was talk of holy war or just war in our churches. Today we can not talk like that. Christian awareness has grown about the importance of peace,” the pope said at the time.

“More than 31,000 Russian soldiers have died in Ukraine,” Zhelensky said.

Ukrainian President Volodymyr Zhelensky says more than 31,000 Russian soldiers have been killed in Ukraine. From the beginning of the invasion, on February 24th.

“Russia pays almost 300 soldiers every day for this completely meaningless war. But even for Russia, the number of casualties will be unacceptable one day,” Zelensky said, citing his own balance.

The Russian Ministry of DefenseMeanwhile, he announced that the Ukrainian armed forces suffered significant losses in Donbass.

“The casualties of the Ukrainian troops were more than 300 nationalistsSix tanks, 15 armored vehicles, 36 artillery pieces and motors, four large multiple rocket launchers and more than 20 military vehicles were deployed during the three-day battle in the Donetsk People’s Republic of Svidokorsk, the spokesman confirmed.

Ukrainian troops will soon have to leave ChevroletonetskA strategic city in the east of the country that is the center of the Russian offensive to defend the eastern part of Ukraine.

Russia said yesterday that it has full control of the Severdonetsk settlements, while Ukraine continues to occupy the industrial zone and suburbs..

Sergei Kaidoi, governor of the Lukansk region on which Chevroletonetsk is based, said Ukrainian forces may have to leave the city.

“It may be necessary to withdraw from further strengthened positions”Announced in an interview on the 1 + 1 network, however, he assured that the withdrawal would not mean handing over the city to Russian authorities.

Severodonetsk and the twin cities of Lisyansk are the last major Kiev-controlled urban centers in Lukansk.

They are currently the main battleground as they capture Russia’s route to the Gramadors, the practical administrative capital of the Donbass.