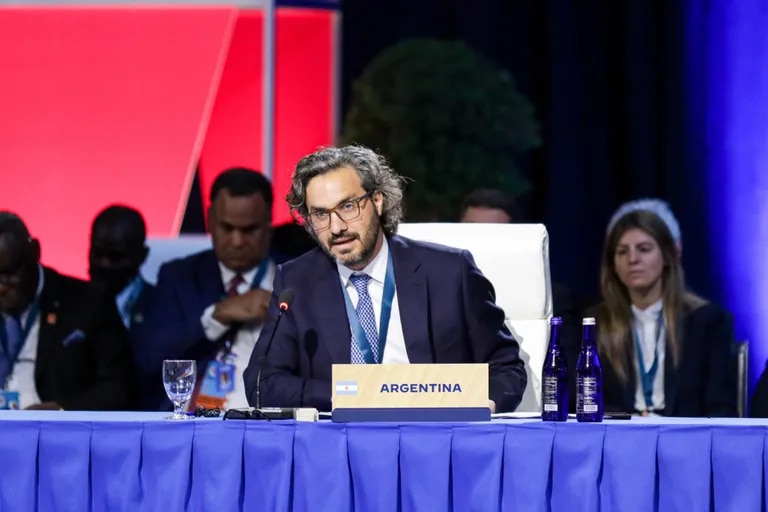 Chancellor Santiago cafiero He called for an end to the siege and sanctions against Cuba and Venezuela, and strongly condemned the Organization of American States (OAS). In the front row, the US Secretary of State, Anthony Blingen, And Chairman of OAS, Luis Almagro, The main focus of the questions of the Argentine delegation.

“I am talking about unilateral action on the continent, especially in Cuba and Venezuela. Everyone is talking about the struggle against inequality, but no concrete practices are encouraged to attack this regional scourge. I said Nation Minister of Foreign Affairs.

Despite Argentina’s claim, Kafiro agreed that there would be no consensus on including this request in the final document. “There will be several footnotes at the end of the document,” he said. Although he did not mention it, the United States and the OAS are part of a group that supports the pursuit of penal policies.

“An action can be sought based on a collective and harmonious appearance on the continent, but not on the basis of obstacles. Time has shown that these measures have failed, and they have deepened the crisis in those countries. “ One of the officials closest to President Alberto Fernandez described the Foreign Minister.

According to Kafiro, what Argentina brought to the US summit was to propose places for dialogue. “The summit with exceptions is the wrong way,” he added.

In his explanation to his colleagues, Kafiro vehemently exposed his differences with the OAS. “Equality is the basis of political stability, deep democracy and reconciliation in international relations. For this reason, if further sanctions and unilateral action in our region continue, the commitment to democratic governance served at this summit will not be achieved,” he said.

As he said in his presentation, “The facts show that they have failed and have only created misery in the people.” And I add: “The distribution of sanctions and blockades goes in the opposite direction in the search for effective tools to combat inequality.”

Cafiero argued that companies that promote regional integration, such as OAS, are “going the wrong way.” He added: “The OAS should never again legitimize the process of instability, it should not engage in a conspiracy, and we should abandon those tragic pages of history, as happened recently in Bolivia.”

As President of CELAC, Cafiero is both today and Alberto Fernandez Tomorrow, they will try to mark the distance between the two forums. “CELAC has a dialogue mechanism that does not exist in OAS, and we value all opinions. Led by former Uruguayan Foreign Minister.

During the meeting chaired by eye blinking, Foreign Ministers discussed Five political involvement projects Proposed by host country: Inter-American Action Plan for Democratic Governance; Our green and sustainable future; Action plan on health and resilience in the United States; Regional Plan for Digital Transformation; And accelerates the transition to clean energy. On the other hand, two additional initiatives are included: the Los Angeles Draft Declaration on Migration and Security and the draft “Declaration of the United States IX Summit on Good Regulatory Practices”.

Along with Kafiro, head of the Presidency Advisers, John Manuel Olmos; Chief Minister of the Ministry of Foreign Affairs, Louisiana Titus; Undersecretary of State for Latin American Affairs Gustavo Martinez Pandiani; And the Argentine Ambassador to OAS, Carlos Raimundi.

Shortly after landing in Los Angeles and before his presentation to the continental foreign ministers, Kafiro confirmed that the US summit would be a great opportunity for Fernandez. Part of that decision was the absence of many important leaders, such as Manuel Lopez Obrador (Mexico), Luis Lagalpo (Uruguay), Luis Ars (Bolivia) and Siomara Castro (Honduras). In a pioneering place. Added is the election presence of Jair Bolsanaro (Brazil).

From the point of view of those accompanying the President, the opportunity opens up for him to establish himself as a leader in the region. That is why, as expected NationDespite the inconvenience caused by the veto of the US President, Joe BidenWith the participation of Cuba, Venezuela and Nicaragua, as expected from close sources, the head of state will not act as the “voice of the excluded,” but will propose a different kind of integration.