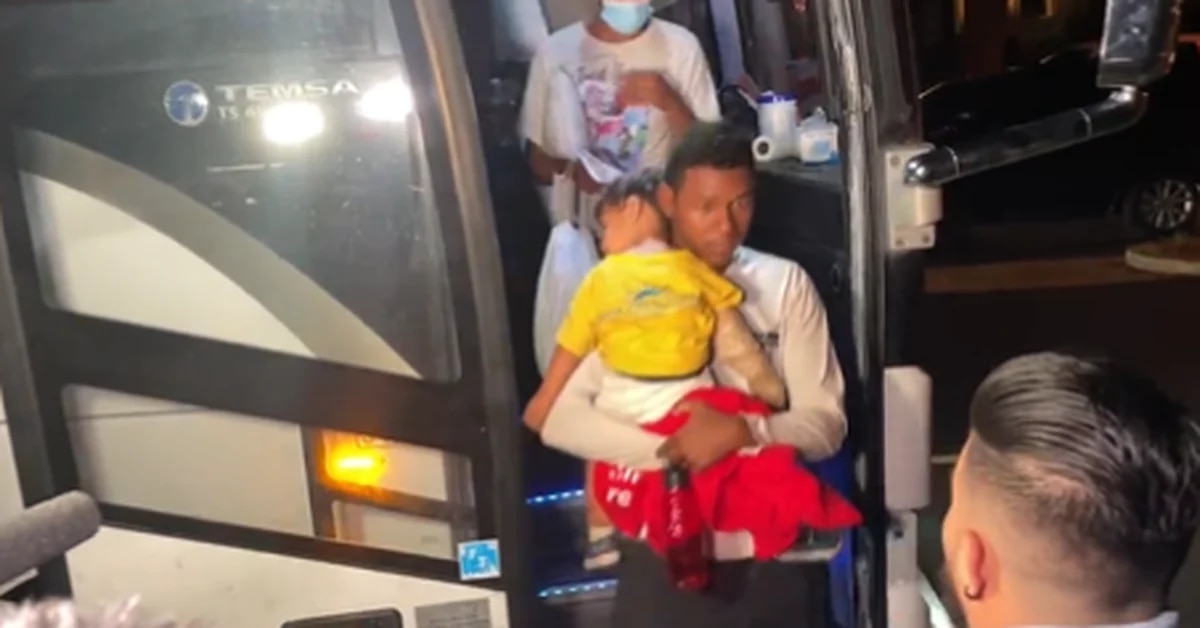 Immigrants arrive at the home of the US Vice President

A new bus with 41 immigrants He came this morning Washington DC.. from TexasAt the gate of the Vice President’s residence Kamala Harris.

Total 11 children and 30 adultsMost of them VenezuelaThey arrived at Harris’ official home, the Naval Observatory, at 6:15 a.m. on a bus sent by Texas Gov. Greg Abbott, a Republican.

Fatigue with little clothing despite the morning chill And with plastic flip-flops (they take off their shoes when they arrive in America), they got off the bus, not knowing what awaited them.

The two-night-and-a-day, thirty-six-hour journey it took to reach the U.S. capital is one of the transfers Abbott and other Republican governors have been promoting since April.

In buses or even planes, they transport migrants from their states For cities governed by Democrats like New York or Washington.

A total of 11 children and 30 adults, the majority from Venezuela, arrived at Harris’ official home, the Naval Observatory, at 6:15 a.m.

Although they have been arriving for months at places ready to receive them, such as the Union Station train and bus terminal, From September 15, the vehicles arrived directly at Harris’s homeConfirmed by EFE Tatiana Laborde, Team Coordinator SAMU is the first response in AmericaThe main NGO providing assistance to them.

This kind of exchange makes the last journey even more difficult A difficult journeyAs the migrants are left in the middle of the street, they have to be shifted later to the above station to help them.

See also  Gustavo Pedro is sworn in: for the first time in its history, a left-wing president in Colombia | Alberto Fernandez is an important witness of truth for Latin America

When the first bus arrived at Harris’s house on September 15th, it completely caught them off guard, now that they know how the particular system works, and a team from Chamu was waiting for the migrants this morning to load them onto the new bus. Transfer them to the station.

On the bus that arrived this morning were Rocio and her husband with their two children, ages 18 months and 5 years. They are originally from the Venezuelan city of Barquisimeto And they left another older child with his mother, minutes after getting out of the vehicle, they tell EFE.

It took two and a half months to come to America And “by God’s help” thousands of migrants travel every day and suffer robbery, beatings, rape, extortion or kidnapping, and they face no backlash. “The only time things went wrong for us was in Mexico, where the immigration officials caught us several times and made us go back part of the way,” Rocio says.

Difficult, her husband explains, The Union Plug of the United States must cross the Darien Forest, which separates Colombia from Panama, where “many children died”. Sleeps on the street with two small children. Due to the current situation in the country under the dictatorship of Nicolás Maduro, they are displaced, as are those who travel because of “no food and no work”.

Upon arrival at Union Station, Samu’s workers and volunteers fed them and took their data. “They are given a questionnaire to find out where they come from, where they are going and if they have relatives. Once the picture of the bus is drawn, we start helping them with transportation, for example if they go to New York, we buy them bus tickets,” explains Laborde.

For those who decide to stay in Washington, a growing percentage (first it was 10% and now 22%, he calculates), They are referred to public shelters or a center Powered by Samu with a capacity of 50 people.

Since April, they’ve treated about 3,830 people, not counting those who arrived this Thursday or Wednesday from Arizona, and provided beds for about 1,000 people who stayed between three and four nights.

One time accommodation Recommended for assistance schemes undertaken by Govt To ease the start of one of the more complicated parts of the trip, a local, housing or shopping list is just about sustaining oneself financially in a country that isn’t exactly cheap. 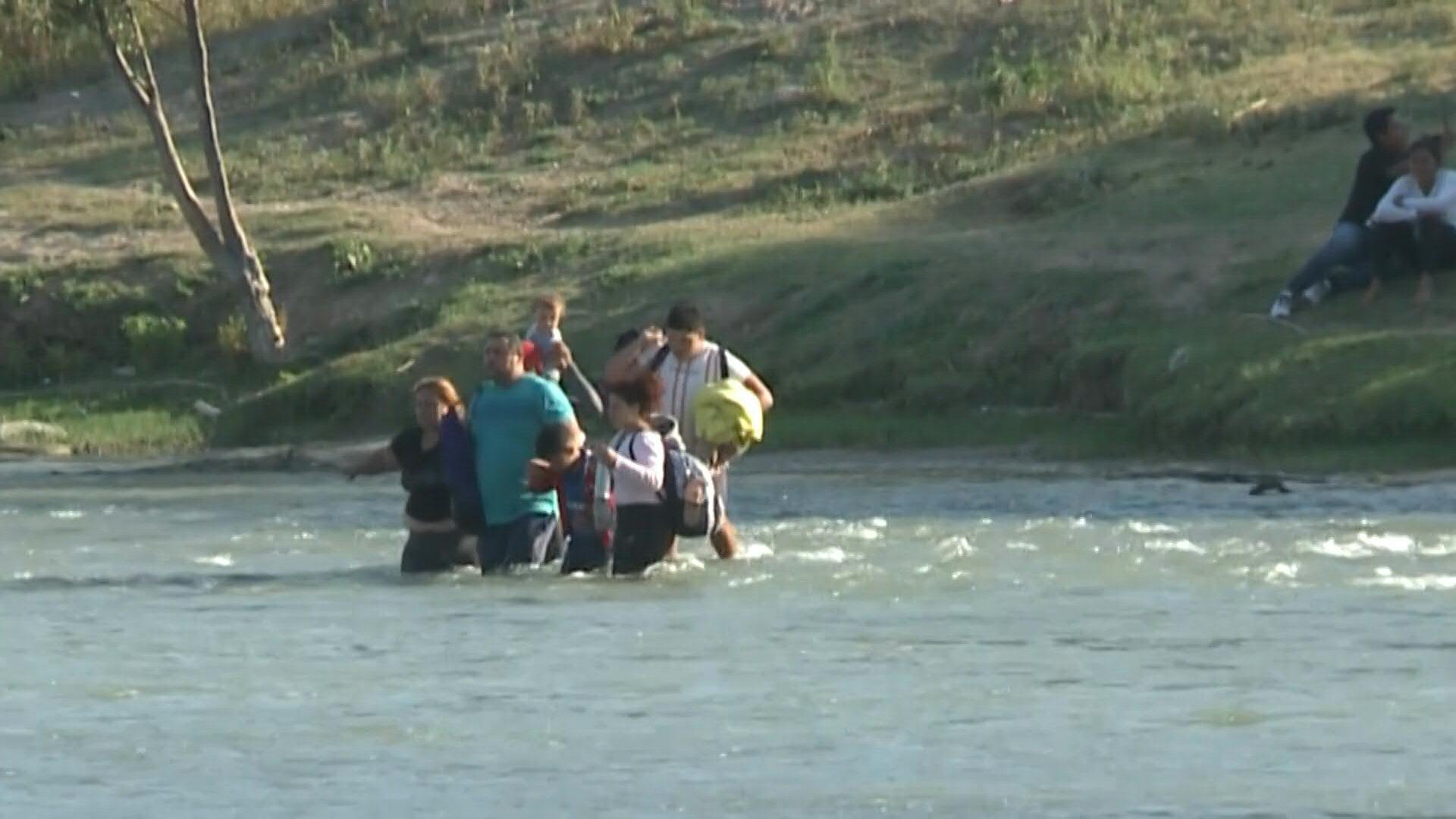 Migrants cross the Rio Grande from the Mexican city of Pietras Negras to Eagle Pass, Texas.

Programs that only provide shelter and food for a time, as they cannot help migrants find work because their situation in the country is irregular.

Although Many come to reunite with relatives, while others never know Rocio and his family. They will travel by bus this Thursday New York Because Texas immigration officials took them there and they only knew about what they had seen in the movies.

“What you find here is probably better than what you have, but it’s not as easy as you think. Many of them, it happens to us again and again, the paper thing is not that difficult, and that’s the first shock, because very few people get them,” he said. Laborde adds.

But nothing can take away the excited faces from Rocio and her husband as they see the vaults of Union Station and “How Beautiful is America.” opened for us.

Immigrant deaths outnumber US morgues
The United States dismantled a network that carried migrants in suitcases and boxes across the border with Mexico.
Diego Cabello mocks Venezuelan migrants risking their lives to cross the Darien
The United States announced $376 million in humanitarian aid to the Venezuelan people