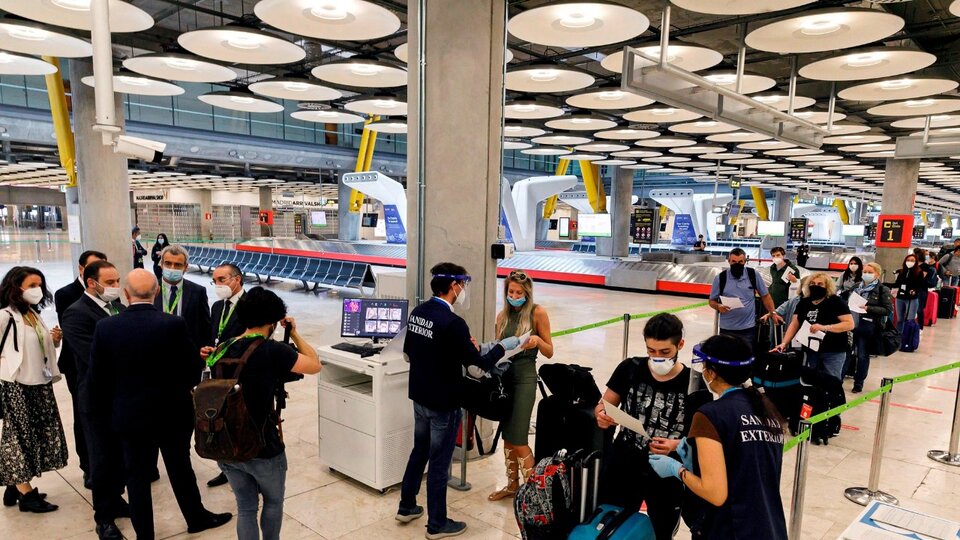 The European Union (EU) has removed Argentina, Australia and Canada from the list of countries you can visit. To the states that make up the block Without restrictions They are affected by the new wave of corona virus.

“Following review of the structure of the recommendation on the phasing out of non-essential travel restrictions for the EU, the Council updated the list of countries, special administrative areas and other agencies and regional authorities. Argentina, Australia and Canada were removed from the list“, Says a press release issued by the Council of Europe.

Argentina was added to the list of “safest countries” on October 29 last year Due to the favorable epidemiological conditions prevailing at that time, fewer cases of corona virus and a higher percentage of the population were vaccinated.

At the time, he explained that being part of the Argentine Foreign Ministry delegation’s list “should not be affected by the restrictions attached to Covit-19 travel from Argentina to the EU”.

The European Union said in a statement List, Implemented by the Council from June 30, 2020, This is not a binding, but a recommendation for member states, Those responsible for implementing the recommendation and “transparently being able to phase out travel restrictions for listed countries.”

Similarly, the European Union states that “member states should not decide to lift travel restrictions on unlisted countries before making a concerted decision.”

The list is reviewed every two weeks And can be updated.

Council points out that until January 17, 2022, member states “Restrictions should be phased out Outer border travel For residents of the following countries”:

See also  The dictatorship of Daniel Ortega forced Nicaragua to resign as a member of the Organization of American States.

The report states that restrictions have been imposed on Chinese parts of Hong Kong and Macau Y Taiwan, When residents Andorra, Monaco, San Marino and the Vatican Should be considered members of the European Union.