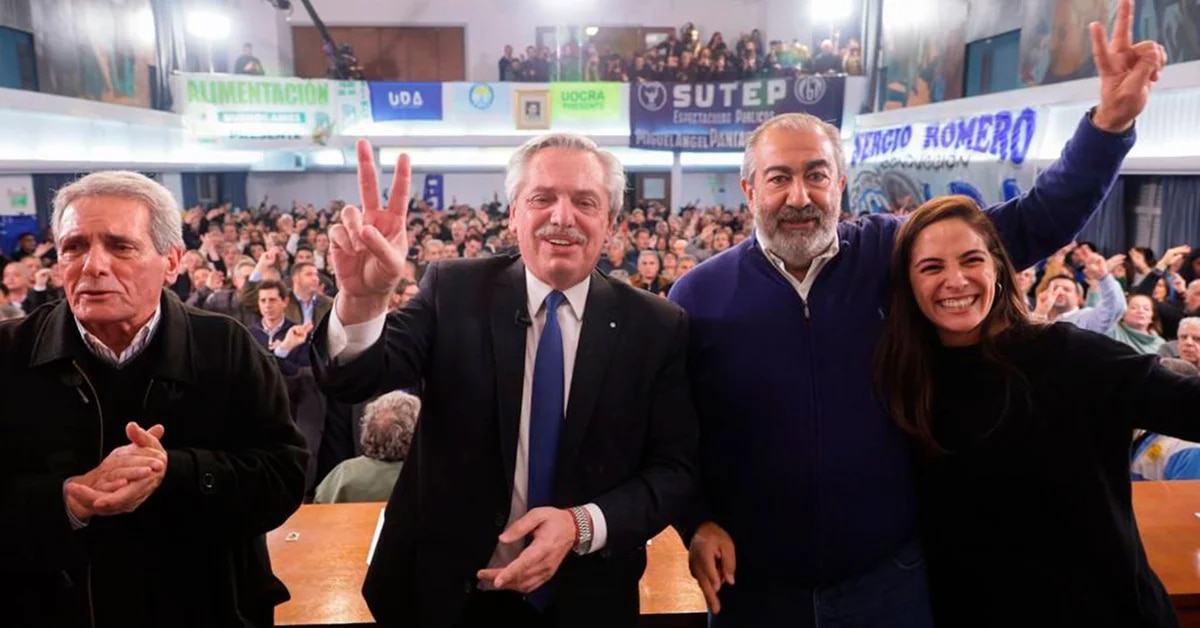 – More than a million retirees With at least 30 years of contributions collecting the minimum amount and not falling below 82% of the SMVM set by Law 27,426 in October 2017, they will receive an additional $1,378 in October and $4,125 in November.

A minimal increase “contributes to strengthening social dialogue” says the resolution of the Minister of Labour. Claudio Moroni, an “Albertist” survivor, endorsed the agreement reached with 30 votes in favor in the National Council for Employment, Productivity and SMVM. (16 from Commerce Department and 14 from CGT) Hugo YasskyKirchnerist CTA, and Kirchnerist’s rejection of “autonomous” CTA Hugo “Puppy” Godoy. A message of how far the ruling coalition’s strong political faction is willing to go.

Inflation has not only hit the real incomes of retirees, but has also eroded the minimum wage and further undermined equality agreements.

Acceleration of inflation created Govt Alberto Fernandezwho promised to increase the salary of retirees by 20% by reaping the benefits of Lelic (his share, added to the Passes and Notalic, has increased by 600% so far under his management, on which BCRA pays annually. Effective rate is 96.8%), not only affected the real income of retireesBut it has pulverized the minimum wage and increasingly eroded collective agreements.

The summary graph shows that the minimum wage has always run behind inflation under the current government. According to recent hikes and inflation projections released by BCRA, it will rise by 243% against 270% inflation by November.

In the first 30 months of all frontline administrations, inflation outpaced the evolution of the SMVM, and even in 2020, cumulative inflation stood at 36% as the government raised the minimum to 22%. quarter,” says a recent union report from consulting firm Synopsys Lucas Romero. Bear in mind that by the end of 2021, inflation had accumulated 105.1% over 24 months, against an increase of 89.6% in SMVM. Go now If there are no changes, taking REM’s latest projections for August-November, the minimum increase will be 243.1% in the 35 months of the FDT administration against inflation of 270.9% in the same period.

The current rate of inflation means that even the registered private sector salaries, the “cream” of Argentina’s labor universe, are not keeping pace. 7.4% in JulyThe summary notes that half of the major unions’ wage contracts below the accrual rate: Trade has lost 8 percentage points since signing its new deal; UOCRA 6 points: UOM 8, Truckers 3.9; Gastronomic 1.4 and food 0.9 points. Railways and Smartha can draw. UTA, Bank, UPCN, Health and Oil are some of the winners among the big unions They are, for now, “slightly above IPC”.

Calculations by the Ieral de Fundación Mediterránea show that the minimum wage in Argentina, in official dollars (USD 332), is consistently lower than Chile (USD 437) and Uruguay (USD 479). In dollar terms (USD 161) it is lower than Chile and Uruguay, but Brazil (USD 229), Colombia (USD 229), Mexico (USD 263) and the lowest among the 7 countries surveyed. Peru ($266).

Average recorded private wages “beat” inflation in only 12 out of 35 months.

In addition, taking the period from December 2019 to June 2022 (a month later than Synopsis assumed), Irel noted that, on a monthly basis, the average gross salary actually received from the formal private sector improved in only 12 of the 35 months. .

A lot The average return for the unregistered sector is poor, with only 4 out of 35 months of year-on-year evolution “winning”.This year, while the unemployment rate fell, the loss rate was reduced, but not lost

Incomes of the informal sector were hit hard by the pandemic first and the acceleration of inflation in recent months.

Registered public sector workers were the lucky ones to post year-over-year gains over the past ten months, according to Airal calculations, though accelerating inflation could soon reverse that performance.

Data on employment and salary levels in the private sector registered with provinces and CABA, from which the average gross salary per district is calculated, reaches up to last March and shows Santa Cruz is the province with the highest average salary (in the private sector ever recorded) in the country, due to the weight of sectors such as oil, mining and fishing.Much higher income than other activities and relatively high incidence in private employment which is rare in that geography.

After more than 20 months of year-on-year losses, many employees are out of work and their incomes have increased year-on-year since the end of 2021, but they are also besieged by inflation.

But the most relevant thing emerged from a survey of Ieral The 24 counties recorded fall in the median formal private salary over the past 12 months Average formal private income in the cases of Chubut and Tierra del Fuego, with very strong losses in purchasing power recorded in seven districts (ie, from March 2021 to March 2022), with losses of up to 5% in seven districts, between 5 and 10% in eleven, and more than 10% in eight.

Between March 2021 and 2022, the latest data available, real employee earnings declined in all provinces and CABA.

Economist, based on data from GlassDoor and World Prices sites and national statistics of countries Natalia Motel Compares average earnings in official dollars and blue dollars Teachers, police officers, and doctors in Argentina are pitted against their counterparts in the United States, Chile, Ecuador, Peru, Uruguay, and Brazil.As a result of inflation and currency devaluation, the minimum wage averages in dollars calculated by Ieral confirm that Argentina’s work practices are a given.

Argentina is one of the Latin American countries To pass: Any appreciation of the dollar is immediately reflected in the price increase (Motel).

It happens, Motyl said, that Argentina is one of the Latin American countries at the highest level To pass: Any rise in the dollar is immediately reflected in price increases. “In addition, the gap between the official dollar and the blue dollar is very high and prices respond to the latter. In Argentina, the standard of living of a private worker has fallen by 40% in the last 10 years -Motel- said. With 50% of the average salary covering basic needs, goods such as food, beverages and clothing have risen sharply in recent months, as the appreciation of the dollar affects tradable goods more than non-tradable goods. with the rest of the world.

Argentine teachers, police officers and doctors earn far less in dollars than their counterparts in other countries.

A key determinant of the relationship between CGD and CGD is the acceleration of inflation in recent months, the Synopsis report said. Government. It is in support of the total amount Due to future renovations, The labor union is betting on the reopening of Paridhariyas, as most contracts contain review clauses. For now, some unions have restricted themselves to advancing planned allocations, leaving the review closer to the end of the balance sheet to see how inflation continues.

Against the uneasy backdrop of the march on August 17, the CGT wanted to express its concern about inflation without being interpreted as anti-government. That’s why there were no speakers, although “internal misunderstandings and political differences … caused some news to get out.” Paul Moyano”, says Synopsis report.

But beyond looking for the culprits, the government seems to be the main cause and responsible for fixing the inflationary mess and reducing a race where fixed income is always losing after a certain speed. Public Expenditure out of revenue from tax collection.

Savings Dollars for ATP: They analyze authorizing a $200 quota for banned individuals starting in 2020.
With the approval of the opposition, Kirchnerism is preparing to extend the tax on checks, personal property and other taxes.
2022 World Cup Album: How to best strategy to fill it on low cost