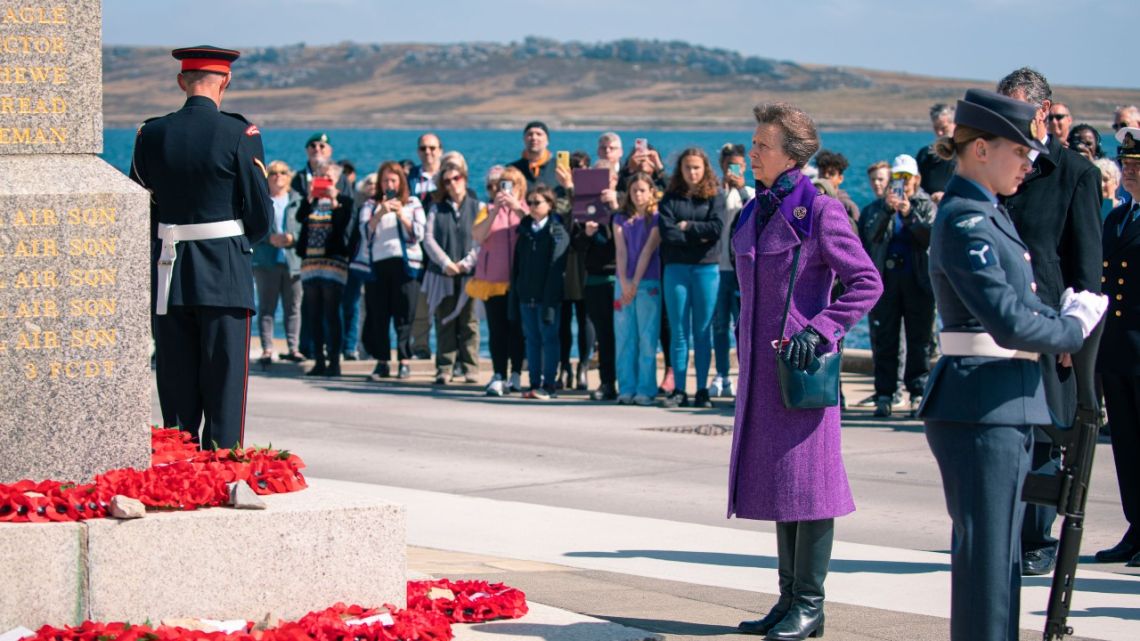 The Princess Anne Landed Last November 18 South Atlantic IslandsThere he laid a wreath at the “Liberation Memorial”. and met former deminers. Thus he clarified and sent Message to the Government of Argentina On that day England position related to Sovereignty over the Falkland Islands.

On an official visit, amid celebrations Falklands For forty years of “liberation,” they remember The War It started on April 2, 1982 and ended in June of the same year.

A few days ago, The United Kingdom began negotiating the territorial liberation of the Chacos IslandsSo the expectation arose that a dialogue could also be initiated Falkland Islands. however, This royal visit makes it clear Position of Great Britain in relation to the South Atlantic Territories.

The history of the Chacos Islands is somewhat different from the conquest of the mainland. Falkland IslandsThe dominance of the United Kingdom began in the 20th century. Due to an agreement with the United States to operate a North American base on a nearby island, the British began to gradually depopulate the islands of the Indian Ocean archipelago in 1966, until the last population was forcibly removed in 1973. From that moment, the island was completely under the rule of London.

PHOTOS: 14 Pics of Princess Anne Passing Through the Malvinas Islands

On the other hand, the Falkland Islands were captured in 1833 and after that, the British settled in the South Atlantic. In this way, The United Kingdom has ruled the islands for over 189 years.

The news of Princess Anne’s visit to the Falkland Islands was announced on the official Twitter account of the British Royal Family.. Daughter of the late Queen Elizabeth II She was accompanied by her husband and Vice Admiral Sir Tim Lawrence.

The Princess Anne Wreathed at the “Liberation Monument”.It includes the names of British soldiers who fell in the Malvinas and Talked to deminersThose who were in charge of demining the fields after the war.

Within the agenda of the sister of Carlos III, there are meetings with legislators and some receptions with community members. During this Saturday, they are expected to be in the islands’ primary and secondary schoolsAlso visit conservation sites for the flora and fauna of the territory annexed by Great Britain.