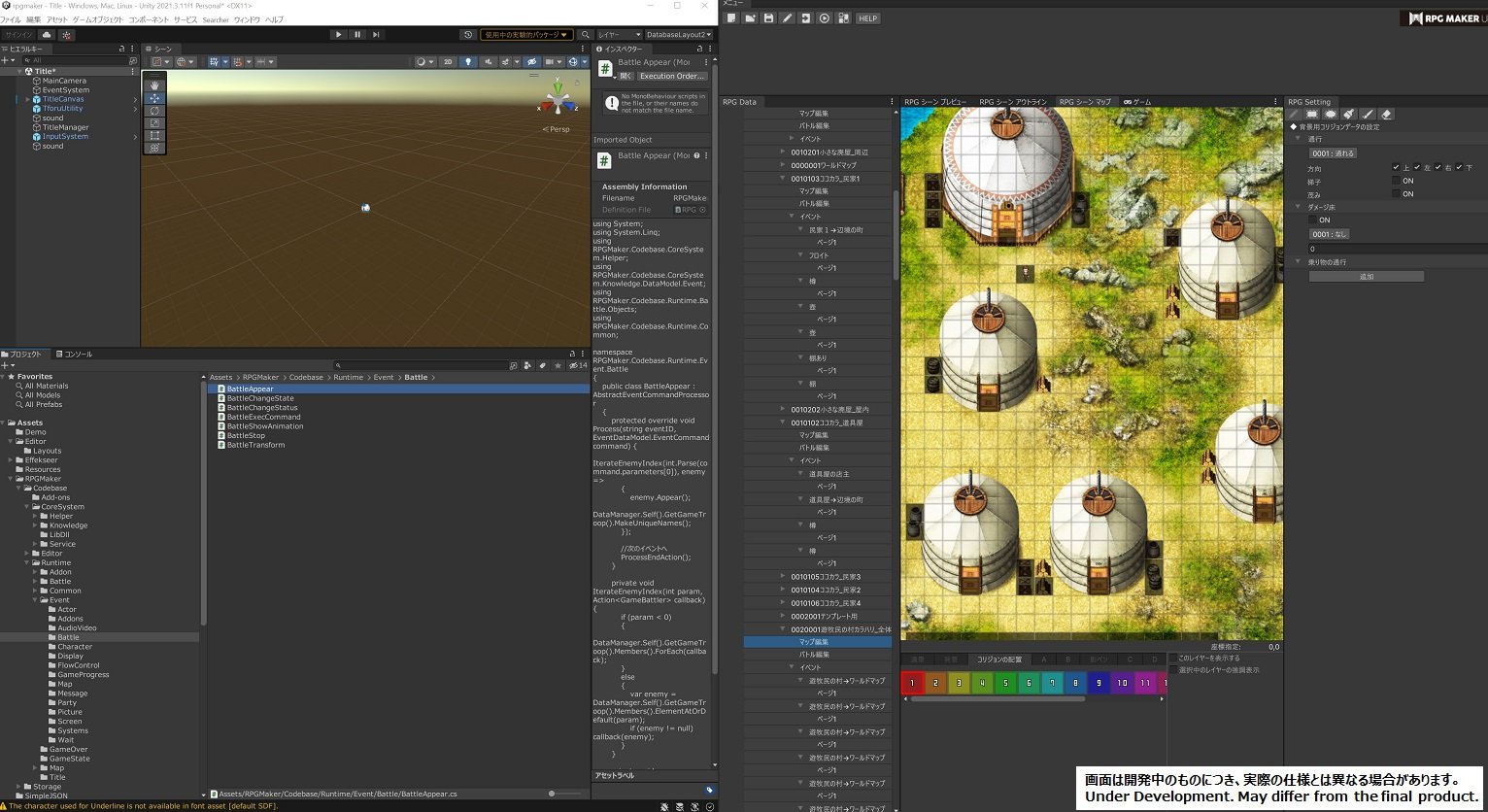 Get the details below.

In the RPG maker In the series, users have always been able to develop and use scripts known in the community as “plug-ins” to extend the engine’s functionality not available by default. Due to this, many users volunteer to develop plugins and generously share them with the community, and this is how it does it RPG maker The series has spawned many great titles, so far!

Likewise, in RPG Maker UniteUsers can use “plugins” to improve and extend the engine. We changed the name because of how the internal processing works differently than in the past RPG maker titles, but the concept and usage are identical. However, please note that as always, we cannot provide official support for the development or use of add-ons. Even this part we touched briefly Our advertisement On September 2, 2022.

—RPG Maker Unite’s Addon Manager UI. This feature allows users to turn on or off add-ons installed in the game as desired.

Method 2: Rewrite the source code through the Unity Editor

—Users can open the Unity Editor from the RPG Maker Unite UI any time they need to.

—Both editors can be side by side, making edits while emphasizing each other at the same time.

■ Which method do you choose?

Both plugins and direct editing through Unity use the C# programming language. However, depending on the user’s knowledge level or goals, there are obvious reasons to prefer one over the other.

The biggest difference is whether users want to edit RPG Maker UniteThe source code of direct or not.

Plugins, by their nature, are not modified RPG Maker Unite, and therefore will not cause conflicts caused by source code changes. This is great for developing several plugins at once, independently. Just using the other add-ons is still as easy as always and won’t require any of your programming or Unity Editor knowledge either. Also, since the source code is not tampered with, whenever there is an official update of RPG Maker UniteUsers can safely apply it too. (Note: Some add-ons may need some updates to be compatible with the latest updates.)

On the other hand, modifying the source code directly through the Unity Editor will give users an unprecedented amount of freedom. Naturally, this will require a fairly advanced level of programming skills and deep knowledge of how to edit Unity and RPG Maker Unite Works.

the Development log #10 This time take a deeper look into the development of the addon! Next month we plan to continue this with more detailed examples. If you are one RPG maker Plugin Developer, you’ll be interested to read this!

RPG Maker Unite scheduled out for PC Via Unity Asset Store in spring 2023 worldwide, followed by “a little later” steam.