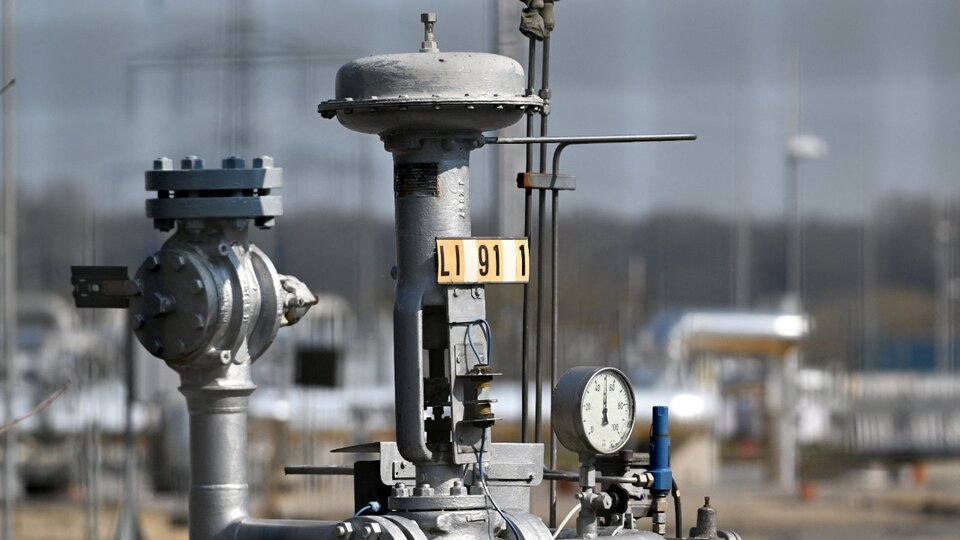 From the first of this April Europe enters the pro-energy trap, which is tied to Russia. Will there be an adequate hydrocarbon supply or not for the coming weeks or months? Taking into account the previous declarations of France and Germany, the answer to the question is presented in the negative. The deadline set by Russian President Vladimir Putin ends on April 1, when Russian gas buyers will pay their bills in rubles, not euros or dollars. Putin warned that Moscow would suspend gas supplies if “hostile” Western customers did not agree to that condition.

And precisely, those who buy hydrocarbons from the old continent refuse to obey a condition that, to a large extent, they provoke themselves by approving Russian banks and financial institutions.. Western countries have blocked Russian assets deposited in dollars ($ 300 billion) within a set of sanctions used after February 24.Russian troops infiltrated the Ukrainian border.

In Berlin, the French Minister of Economy, Bruno Lemaire, He clarified that Europe had rejected this request. In a joint press conference with the German Minister of Economy, Robert Hebeck, The French minister agreed, “Tomorrow and under very specific circumstances, Russian gas will no longer exist.”

The problem is that while the United States has quadrupled its gas exports to Europe, Europe does not have a plan B to supply hydrocarbons from Russia.

Despite the tight schedule, Paris and Berlin insist, as the German chancellor recalls on Thursday. Olaf Scholes, “It is written that payments are made in euros and sometimes in dollars. I have told the Russian president that this will continue.” Le Maire reiterated that “contracts are agreements.”

This Thursday Putin appeared to have clarified any ambiguity that he had signed, ordering foreign buyers to pay for gas in rubles. On television, after signing the decree, Putin said, “They have to open ruble accounts in Russian banks. From those accounts they will have to pay for the gas supplied from tomorrow (….). .

The move is of concern to all countries Putin called them “hostile.” They are members of the United States, the European Union (EU), the United Kingdom, Canada, Japan, Switzerland, Taiwan, South Korea, Norway and Australia. EU countries are Moscow’s main customers Percentage of energy dependence on Russian gas, from 55 percent for Germany to 43.6 percent for the European Union as a whole.. In terms of oil, the global percentage reaches 48.4 percent.

Russia’s importance in the distribution of hydrocarbons follows a kind of east / west lines. About ten Central and Eastern European countries (Finland, Estonia, Latvia, Czech Republic, Slovakia, Slovenia, Austria, Hungary, Romania and Poland) account for 75 percent of Russia’s fuel imports. In the case of Germany, Poland and Sweden the percentages move in the range of 50 to 75 percent. In countries such as France, Italy, Spain or Greece, Russian gas is equivalent to 25 to 50 percent of hydrocarbon imports from outside the EU. Wherever you look, be it gas or oil, no country in the EU is below 25 percent. Without Russian hydrocarbons, the economy would not work.

Air war hides many dangers and this chapter has something derived from Western sanctions. First, despite the Ukraine invasion, war, and more than four million refugees, deaths and sanctions, Since February 24 (the day of the invasion), Europe has paid Russia 14 billion euros for gas and another 7 billion for oil. (Research Center on Energy and Clean Air).

Second, the order signed by Putin on Thursday leaves a wise choice. 27 EU countries can pay their bills in euros, but the Russian company that manages them, Gosprom, will receive the money in rubles. How? Cosprom also operates a bank, Gazprombank, which wisely withdrew from the Western embargo, which ended after February 24. Gosprombank is the only author authorized by Moscow to receive money for hydrocarbons. Specific, Europe pays it in euros or dollars and Gazprombank converts them into rubles, which then pays into the Russian banking system.

“If the adversary countries do not pay in rubles, the existing agreements will be suspended,” Putin said a day before the deadline. There is always a bank between the suppliers in need and the buyers understanding each other in a hurry, all pointing out that there is no war or war.

See also  What are the top 10 universities in Latin America?