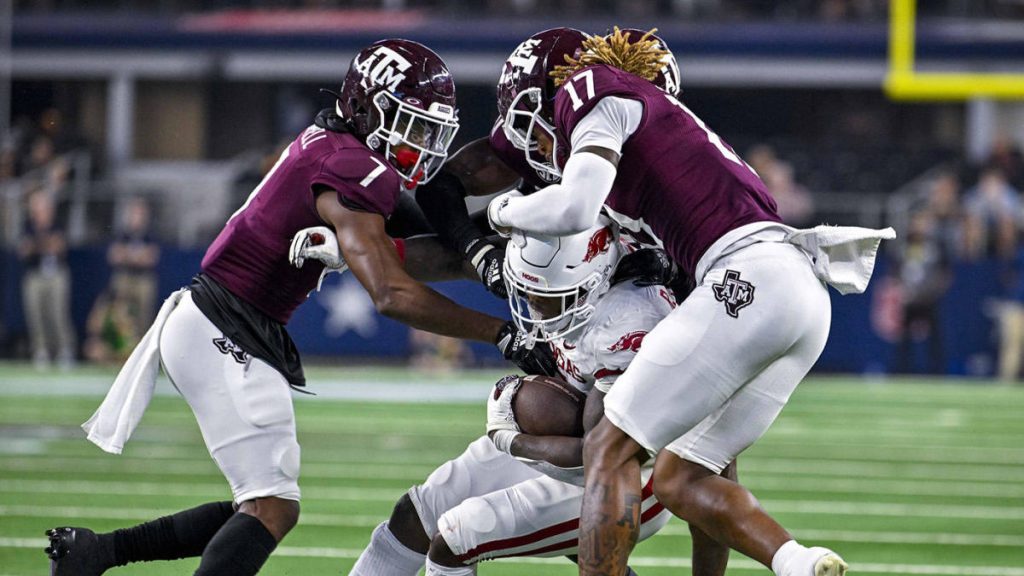 No. 23 Texas A&M’s 23-21 win over 10 Arkansas It hung in the balance Saturday night as the Razorbacks’ 42-yard kick attempt made its way toward the heights with 1:30 remaining. Then, in a cruel twist of the sophomore’s fate, the soccer ball bounced off the right post-post, soared into the air and then fell into the end zone as a wasted attempt.

From there, the Aggies ran out of the clock to win the SEC opener. It was one of two agonizing plays that cost the Razorbacks dearly in the SEC West encounter that made it to the wire. While Arkansas outperformed Texas A&M on a 415-343 total, it only scored once in its last eight holdings after leading early 14-0. Meanwhile, Texas A&M generated enough insult with Devon Achan’s 159-yard dash on 19 stands to claim his second straight win since his shock home loss to Appalachian State in week 2.

If it weren’t for another odd play late in the first half, Little’s attempt to land a late field goal might not have been needed. On the cusp of advancing my two possessions with 3:31 left in the second quarter, disaster struck and turned the momentum in favor of the Aggies. Facing the first goal and a goal from the 3-yard line, quarterback KJ Jefferson attempted to jump over a pile of defenders when the football came free and fell into the hands of Texas A&M’s Tyreek Chappell, who ran about 15 yards.

Then, just as it looked like his striker’s progress had stalled and the play might explode, Chappelle handed the ball over to Demane Richardson, who fired for another 83 yards for a stunning touchdown. Although the Aggies erred in trying to get the extra points, the turnover and score most likely formed a 13-point swing in one play.

Combined, the oddball missed field goal and the 98-yard rebound made the difference for Texas A&M, which hosts second place. Alabama Next week is in a much-anticipated match that will have major repercussions for the division title.