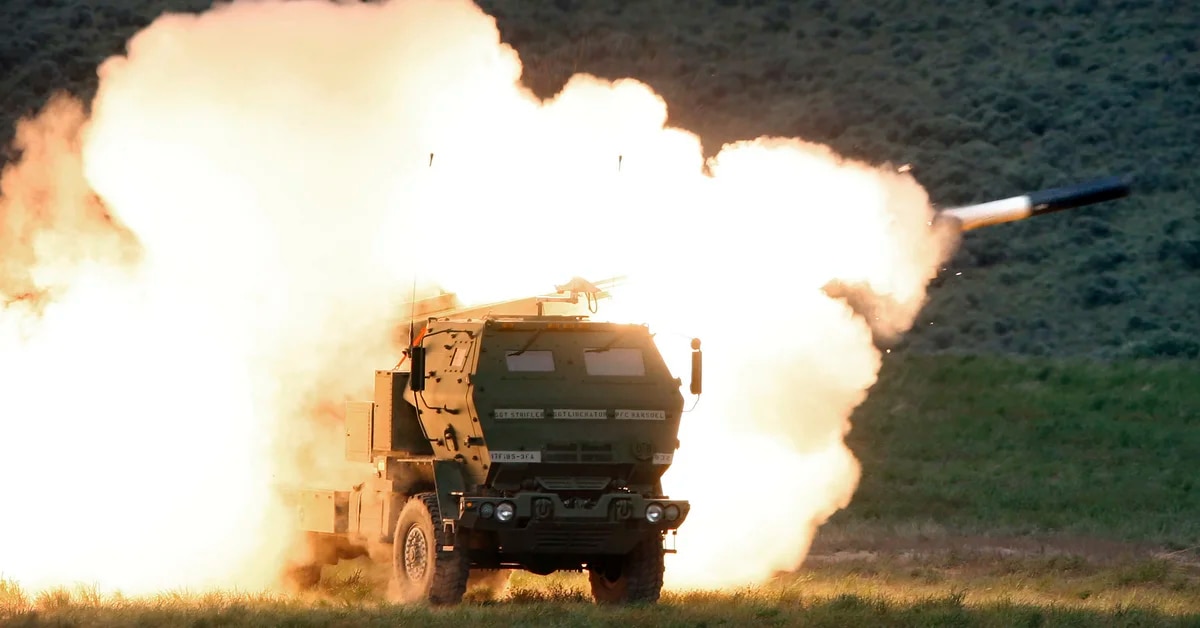 The White House announced Friday that the United States will send $270 million in additional security assistance to Ukraine. A package that includes additional medium-range rocket systems and tactical drones.

The latest installment brings to Ukraine the bulk of U.S. security assistance promised by the Biden administration $8.2 billionand is paid by Congress approved $40 billion in economic and security aid for Ukraine in May.

Included in the new package It will allow Kyiv to acquire four High Mobility Artillery Rocket Systems, or Himars, and 580 Phoenix Ghost drones. According to John Kirby, both were critical weapon systems that allowed the Ukrainians to stay in the fight despite the superiority of Russian artillery. Strategic Communications Coordinator for the White House National Security Council. The latest aid includes about 36,000 rounds of artillery ammunition and additional munitions for HIMARS.

“The president has made it clear that we will continue to support the government of Ukraine and its people as long as they need it,” Kirby said.

The United States will send an additional $270 million in security aid to Ukraine, the White House announced on Friday (REUTERS / Jonathan Ernst)

Russia could fire more ammunition, but suffered heavy losses in troops and equipment Ukrainian forces are equipped with precision weapons from the US and other Western allies. CIA Director William Burns said Wednesday that the U.S. estimates about 15,000 Russian soldiers have been killed. That death toll would equal the Soviet Union’s military losses in the 1980s in Afghanistan, which lasted nearly a decade.

To try to balance the conflict, Ukraine has made extensive use of Western-supplied technologies while defending its eastern lines.

Ukraine has long sought more HIMARS launchers, which fire medium-range rockets and can move quickly before Russia can hit them. On Wednesday, Ukrainian forces reportedly used Himars to attack a strategic bridgehead in the southern Russian-occupied region of Kherson. A military expert told the Associated Press, “There is no rest for these formations, day or night.”

US officials also offer Ukraine Also known as GMLRS are guided rockets. The Pentagon continues to deny sending long-range rockets that Ukraine could use to penetrate deep into Russian territory. It’s an intervention for the US as it tries to manage the risk that Russia could provoke a wider war.

The US has already sent 12 truckloads of Himars to Ukraine. The UK has also provided three different types of launchers with GMLRS rockets.

Both sides have made extensive use of drones in the war. The US had earlier pledged to send 121 Phoenix Ghosts to Ukraine. Pentagon officials did not fully disclose the capabilities of the drones, which were developed by the U.S. Air Force and manufactured by Avex Aerospace, which describes itself as a leader in “full-spectrum aerial intelligence solutions.” The latest patch for Ghosts is expected to launch in August.

Drones They have cameras on board and can be used to attack targets. A senior U.S. defense official speaking to reporters on Friday declined to say how Ghost is being used, but said Ukraine has integrated drones “very well” into its battlefield approach. The official spoke on condition of anonymity under rules established by the Pentagon.

The U.S. expressed confidence earlier this month Russia plans to buy hundreds of drones from Iran Iranian drones have previously penetrated Saudi and Emirati air defense systems in the Middle East, provided by US Biden administration officials and publicly sought to prevent Iran from moving forward with the exchange.

Donetsk authorities urged people to leave the area to avoid becoming targets for the Russians.
After more than four months of war, Ukraine faces a critical issue of ammunition
Sergey Lavrov described the publication of the call between Macron and Putin as a breach of diplomatic etiquette.