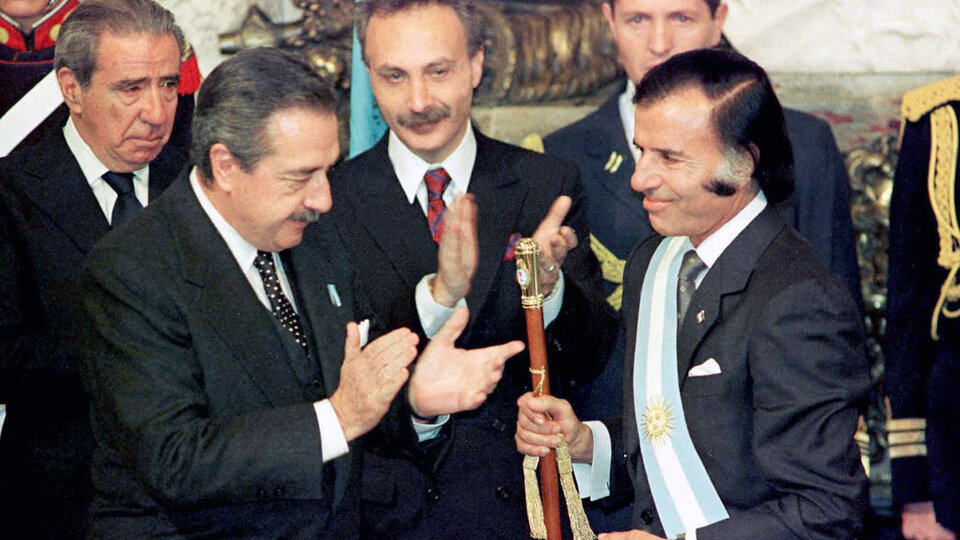 In Ephemeris of July 8th These events that happened on a day like today in Argentina and around the world stand out:

Law 1420, the cornerstone of the education system in Argentina, was enacted. This regulation saw the light under the first government of Julio Argentino Roca and under the inspiration of Domingo Faustino Sarmiento. According to its sanction, free and compulsory education has been established throughout the country.

Philosopher and sociologist born in Paris Edgar Morin. He has written on cinema and mass culture. He fought in the resistance and published his first book after the war. Germany year zero. Titles like Man and Death, The life of the object, California Journal, method, My ghosts, Seven knowledges for future education, A Brief History of Savagery in the West Y My short dreams.

French Resistance leader Jean Moulin dies at age 44 after being brutally tortured by the Gestapo. He gave no name and was taken to Berlin when he died near Metz. In 1964, his remains were interred in the Panthéon in Paris in the presence of President Charles de Gaulle, in which the Minister of Culture, author André Malraux, eulogized him with a famous speech. Moulin was captured in Lyon and the trial and first tortures were carried out by the local head of the Gestapo, Claus Barbi. The so-called “Butcher of Leon” was found in Bolivia and extradited to France, where he was sentenced to life in prison in 1987 for his role in the Holocaust. (He had already been sentenced to death twice for war crimes, but the convictions expired after twenty years.) The convict died in prison, in 1991, aged 77.

For the first time, a World Cup competition is defined by penalties. It takes place in the semi-final between Federal Germany and France in Spain. The match in Seville was one of the most vibrant and dramatic in World Cup history. The first half ended 1-1. In the second half, Germany goalkeeper Harald Schumacher challenged Patrick Battiston. The Gallic player is unconscious, with three teeth missing and several vertebrae injured. He goes on a stretcher and the referee doesn’t advise Schumacher. They go to the sub: France wins 3 to 1, but Germany equalizes and an unprecedented tie takes place. The Germans won 5-4 on penalties to advance to the final.

1989. Carlos Menem takes over as president

Carlos Menem assumes the presidency, five months ahead of schedule. The Peronist leader was due to take office on December 10, but the resignation of Raul Alphonsin amid the inflation disaster hastened events. On May 14 he defeated the governor of La Rioja, Eduardo Angelos. The transfer of command was the first since 1928 from a popularly elected citizen to another constitutional president. And this is the first time that this has happened between two rulers of different political persuasions.

A controversial criminal Mexican referee Edgardo Koetzl awarded Federal Germany a 1-0 victory against the national team in the final of Italia 90. The final will be the first in history to repeat the same contestants since the decisive match in Mexico 86But with a different result. Diego Maradona will not be able to lift the trophy as he did four years ago in a match that will define the third three-time world champion after Brazil and Italy. It marked the end of the cycle of the tournament held in Rome Charles Bilardo before the elect

President Carlos Menem won after re-election. On May 14, he defeated Frépacista José Octavio Borden in an election that broke the traditional dichotomy between Peronists and extremists: the UCR came in third, its worst historical record up to that point. According to the new constitution, the election is held without the Electoral College and 50 percent of the Menem-Rukoff formula consecrates a substitute in the first round. Menem prevails after six years of profound changes: The economy has stabilized with a balance between the peso and the dollar, public enterprises have been privatized, and unemployment and corruption scandals are on the rise.

2011. The Disappearance of Maria Kash

Mary Cash, a 29-year-old young designer, disappears and his wall remains unknown until now. He had taken a bus from Retiro to the north. He toured Jujuy and Salta, and his trail was lost. The main hypothesis is that he fell into the hands of a human trafficking network. His father died in a road accident in 2014.While looking for her in La Pampa. Kasu’s mother and brother continue to struggle to find out the truth.

2014. Historic victory from Germany to Brazil

Germany beat Brazil 7-1 in the semi-finals of the World Cup in Belo Horizonte.. It was Brazil’s biggest win in their rich World Cup history and one of the biggest goals in a World Cup. The Teutons scored five goals in the first half hour to advance to the final, where they will face Lionel Messi’s Argentina. Oscar decorates the result with the only local goal in the last minute.

https://content.jwplatform.com/previews/25o1IW2w-buQgiLVC
See also  From neutral to NATO: The war in Ukraine has revived Sweden's old fears of neighboring Russia, which has shattered its imperial dreams.