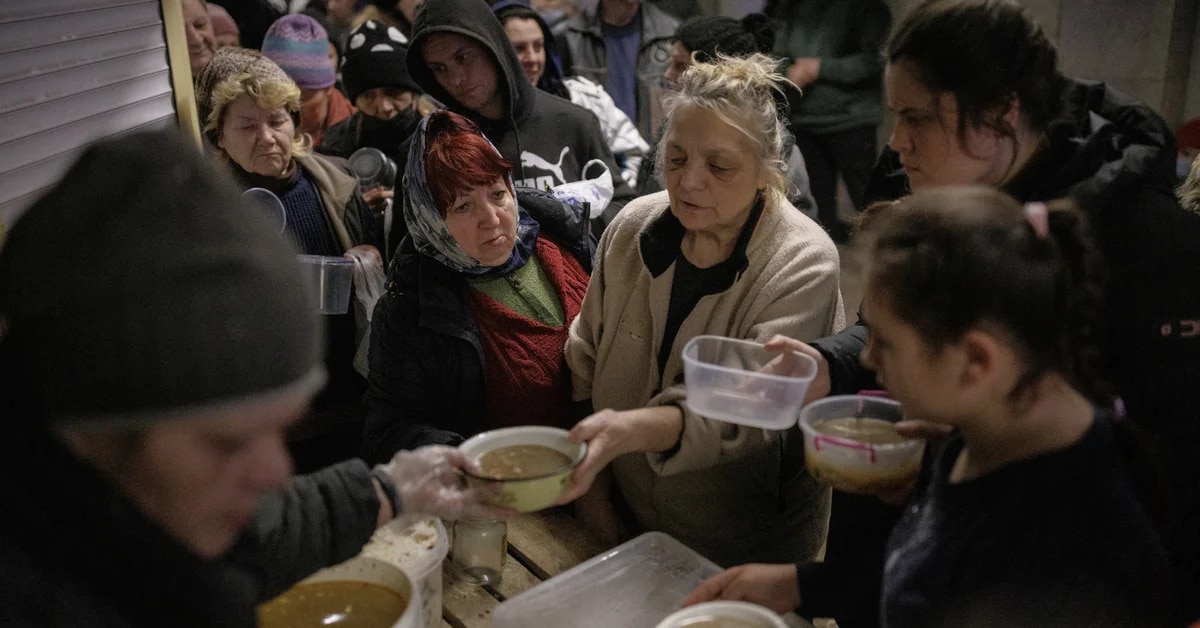 Shocking video showing a bomb blast at a market in Kharkiv

Kremlin It retained its attacks on Ukraine and threatened to resort to nuclear weapons again In the middle of the conflict.

Ukraine has said Putin’s forces blocked the way of thousands of people fleeing Mariupol. Ukrainian officials say bus convoys trying to evacuate residents of the region have been stopped by Russian forces.

kyiv reported Nearly 1,100 civilians were killed and 1,754 wounded as a result of the Russian invasion of Ukraine.

Next, minute by minute of the Russian invasion: (Ukrainian time, GMT + 2):

9 p.m .: Ukraine’s Deputy Prime Minister Irina Vareshchuk announced on Saturday A total of 5,208 people have been evicted in the last 24 hours Thank you for recognizing the Ten Humanitarian Corridors.

Vareshuk explained of the more than 4,000 people evacuated from Berdyansk last Friday, saying, “Today we were finally able to bring Mariupol residents to the city of Saporizia. Now they are safe and in total. He explained.

What else, In the past 24 hours, 331 people have traveled in their own vehicles from the port city of Mariupol to Saporizia.The Deputy Prime Minister said.

8:00: More than 3.8 million Ukrainians They have already taken refuge in other countries since the start of the Russian invasion on February 24. According to the latest estimates by the United Nations High Commissioner for Refugees (UNHCR).

Russia and Belarus have treated nearly half a million refugees since the beginning of the conflict, according to official data from UNHCR hosts. Kyiv officials point out that residents of the country are being taken to Russian territory against their will.

As Russia’s invasion of Ukraine continues, a man leads a dog to the scene of a military attack on a business complex in the Podilsky district of Q.

7:00: Vadim Denishenko, adviser to the Ukrainian Interior Ministry, described the move as a new tactic by the Russian military. Food and oil stores in the country are being destroyed Seems to point to the continuation of similar attacks in recent days.

According to an interview, this shows that “Ukraine needs to understand the Russian strategy” and that it is “the task of the coming weeks”. RBC-Ukraine.

5:30: The UK Ministry of Defense released this Sunday, in its latest assessment of the war in Ukraine, that Russian forces focus on their situation in the east of the country and elsewhere in UkraineAs for the movement of troops, it is now “stable.”

“Russian forces appear to be advancing from Kharkiv in the north and Mariupol in the south, focusing directly on encircling Ukrainian forces in front of separatist areas in the east of the country,” he said on Twitter. Account ..

This review Coincides with what was provided by the United States yesterday and what was provided on Friday by civil servants of the Russian military. It pointed to a new operational phase of the invasion, with more focus on the east of the country, although Ukraine has announced attacks against targets in the west in recent hours, near the city of Elviv. 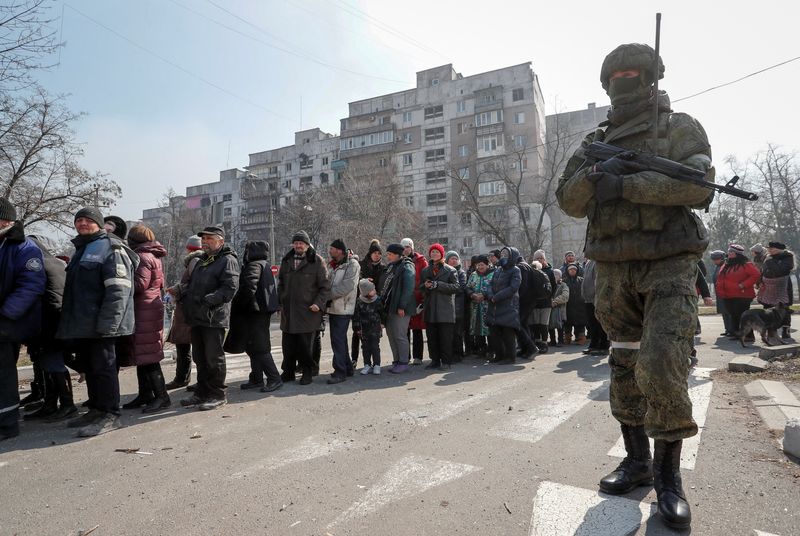 4:00: British Foreign Secretary Elizabeth Truss promised Russian President Vladimir Putin may end sanctions against Russian oligarchs, banks and businesses if he ends Ukraine invasion Assures other countries that “there will be no more aggression.”

“Those sanctions should only go hand in hand with a complete ceasefire and withdrawal, but with the assurance that there will be no more aggression,” Truss said in an interview. ‘Telegraph’In which he stressed “There is a possibility of re-imposing sanctions if there are more occupations in the future.”

See also  Behind the scenes of the official defeat of the delegates: from the silence of Maximo Kirschner to the contradictions of Cecilia Morey

Similarly, Truss revealed his ministry Has created a special negotiating unit “to provide support to Ukraine when the Russians are actively engaged in negotiations.” That is why the head of British diplomacy says NATO allies must be “hard” to achieve peace.

3:15: This was announced by the Prosecutor General of Ukraine Irina Venediktova At least 12 journalists have been killed and ten injured since the outbreak of the invasion of Ukraine. Last February 24.

“It is bad to tell the world the truth about Putin’s aggression: 12 journalists have already died in the war,” Venidikova said. Praised the role of professionals who “shed light on Russian war crimes” Venetikova said in his Facebook post.

According to the Inquiry into the Unified Record of Preliminary Inquiries in Ukraine, At least 56 media representatives, including 15 foreigners, have been attackedAccording to Venetikova, from countries such as the United Kingdom, Denmark, Switzerland, the Czech Republic, the United States or the United Arab Emirates.

2:30: Ukrainian President Volodymyr Zhelensky reiterated his support for NATO members To send fighters and tanks to Ukraine to “actually defend independence” of the country, It has been at war with Russia since February 24.

In a video conference with his Polish Prime Minister Andrzej Duda, Zhelensky warned that the Russian military could later pose a “threat to neighboring NATO countries” if warplanes and tanks were not provided to Ukrainian armed forces. In a statement from Ukraine.

“If the partners do not help Ukraine with planes and tanks, if they have this opportunity, Russian troops are at greater risk. Friends Poland, Slovakia, Hungary, Romania and the Baltic States: The missile threat is not limited to the borders of our neighbors.Zhelensky said in a statement. 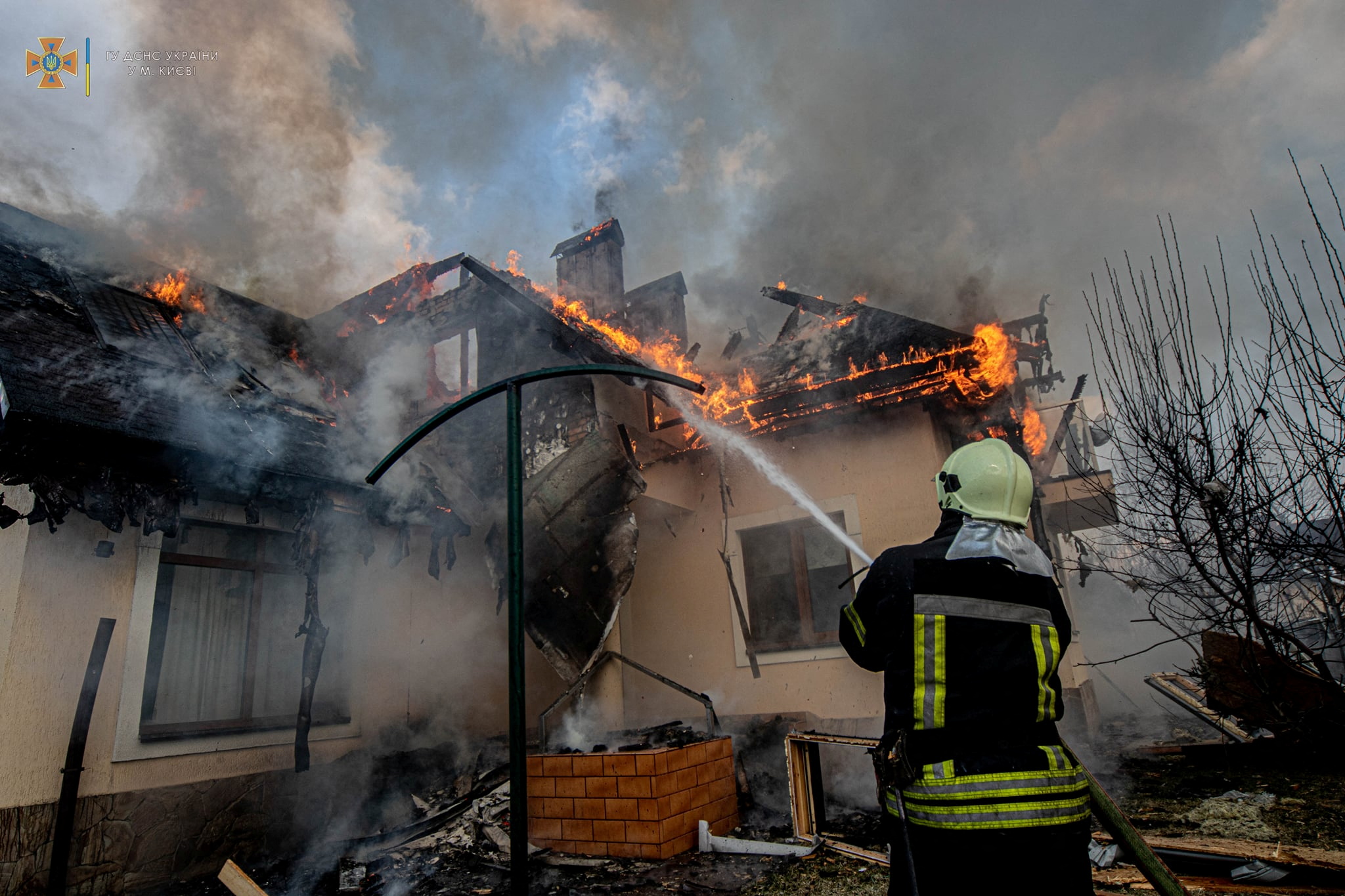 1:40: Ministry of Development of Communities and Territories of Ukraine Since the beginning of the large-scale invasion, Russian forces have already destroyed 4,500 residential buildings, 100 businesses, 400 educational institutions and 150 health facilities.

0:54: The Kremlin again raised fears of the use of nuclear weapons in the Ukraine invasion At the same time, Putin’s forces are attacking several cities in the country at the same time.

“We have a special document on nuclear deterrence. This document clearly states the reasons why the Russian Federation has the right to use nuclear weapons. There are some of them, I remind you: Russia ranks first in the situation of being hit by a nuclear missile. The second case is the use of other nuclear weapons against Russia or its allies. “

“Third is the attack on critical infrastructure, which has paralyzed our nuclear defense forces. 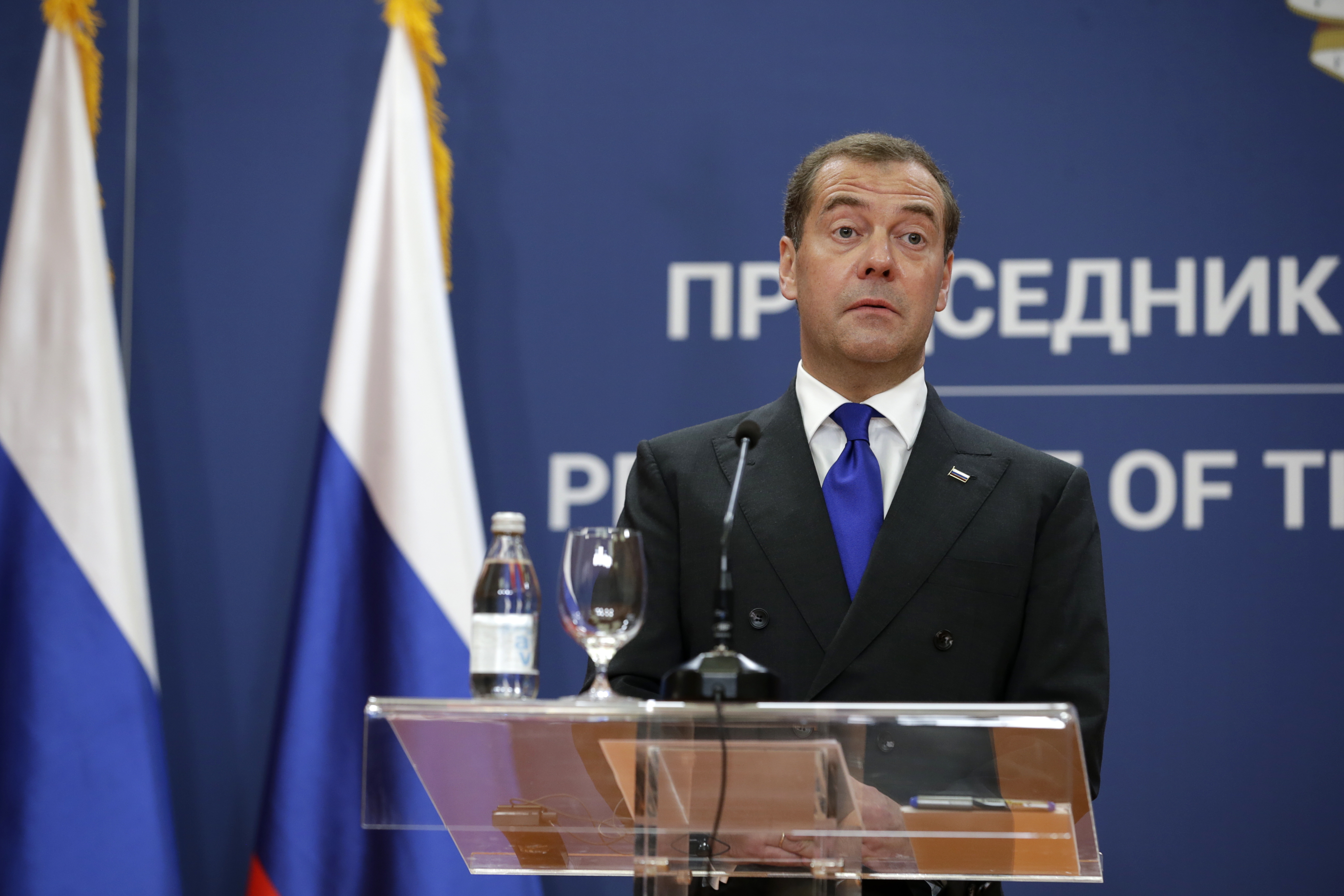 “As a former Supreme Commander, I am well aware that NATO nuclear weapons targets are objects within our borders and our warships are targeting targets in Europe and the United States, but that is life,” he joked.

The former president insisted with threats.

These comments prompted Ukrainian President Volodymyr Zhelensky, speaking via video conference in Doha, Qatar, to warn that Moscow was a direct threat to the world. “Russia is deliberately proud that it can destroy not only one country but the whole world with nuclear weapons, ”he warned.

He recalled that Russia had about 6,000 nuclear weapons, the world’s largest arsenal.

Joe Biden said Putin could not last in power.
Russia has again threatened to use nuclear weapons in Ukraine
The Russian military has launched an offensive in Lviv, the city where most of the IDPs are being held by Vladimir Putin.
Invasion of Ukraine: Why so many Russian commanders are dying