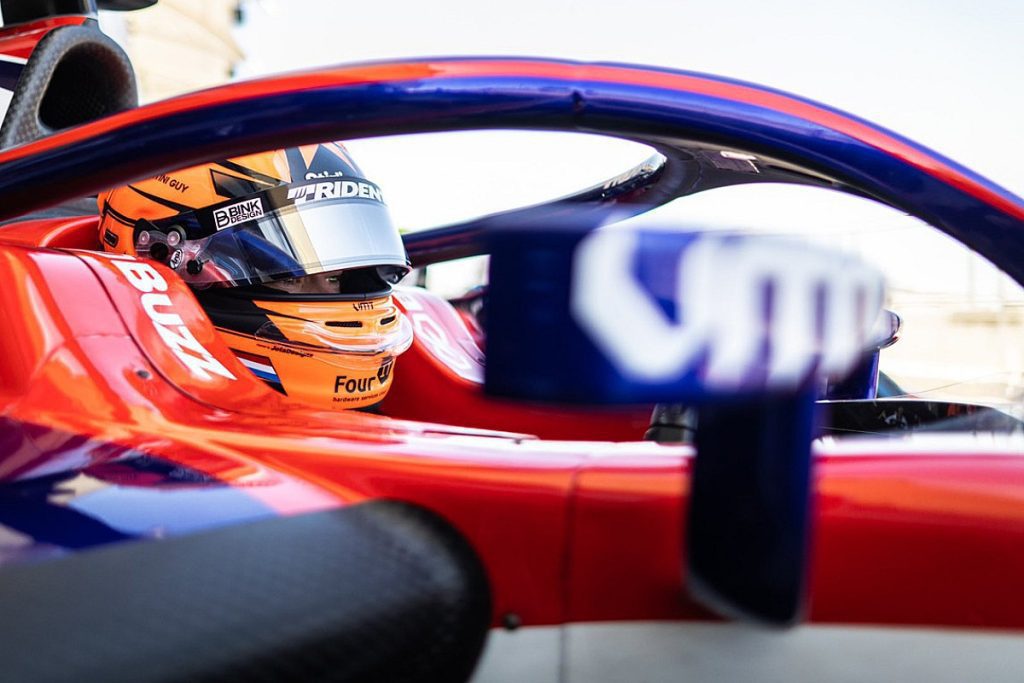 The Trident driver dominated Sunday’s race, venturing into the perilous tires to grab the lead before crossing the line 13 seconds early.

On the slow lap past the square flag, Vershor’s car stopped before he could race the lap.

The FIA ​​technical delegate said the car was unable to provide a minimum fuel sample of 0.8kg, with only 31.3g remaining in the tank.

Daruvala, who finished second, then received a 20-second penalty after the Prima team attempted to “dry the surface of the track in the grid position before the start of the race by applying fans normally used to cool the engine to the ground directly in the front wheels of the car 2.”

“This has been witnessed and reported by the Technical Delegate. Since a performance advantage can never be ruled out in such a case, even an attempt to alter the track surface is prohibited regardless of any success.”

The FIA ​​said it was assessed with a penalty that, as it could not be carried out during the race, was converted into a 20-second penalty in the final classification.

The penalties mean Logan Sargent, who finished third with Carlin, will rise to the top spot, ahead of Enzo Fittipaldi and Roberto Merhi.

Beyond that, ART’s Frederic Vesti received a five-second penalty after going off the track in Turn 3 and earned a permanent advantage while fighting Ole Caldwell (Campus Racing). He also picked up one penalty point, bringing his total score this year to three.

Prima Racing has been fined €1,000 for a stop-break during Dennis Hueger’s layoff.

Stewards decided that during the mandatory pit stop, the left rear tire was not laid as flat as required, and he stopped and rolled away from the mechanic a short distance before recovering.

They said the accident “creates a potential safety issue but was not a deliberate move by the mechanic”.