Daria Dukina is the daughter of the famous Russian philosopher Alexander Dukin. He died this Saturday when the vehicle he was driving exploded through the Moscow region. Although the first reports did not give details about the episode, it is known to be a The explosion may have occurred on a road in the residential area of ​​Rublyovka. The suburbs of Moscow and some media outlets are speculating about this This could be an attack on his father, who is considered the mastermind of President Vladimir Putin.

Daria Platonova Dukina is 30 years old, a philosopher, specializing in Neoplatonism at Moscow State University and engaged in journalism as a talented political commentator.

Interested in the ideas of Plato and Neoplatonic thinkers, Dugina said they are teachers who can provide clues about current events. It also referred to the writings of Marxist theorist Antonio Gramsci and his views on “hegemony”. He said this in an interview “Today’s major war is not the military as much as the culture”. Additionally, the legacy of Jean Baudrillard and Martin Heidegger stood out. 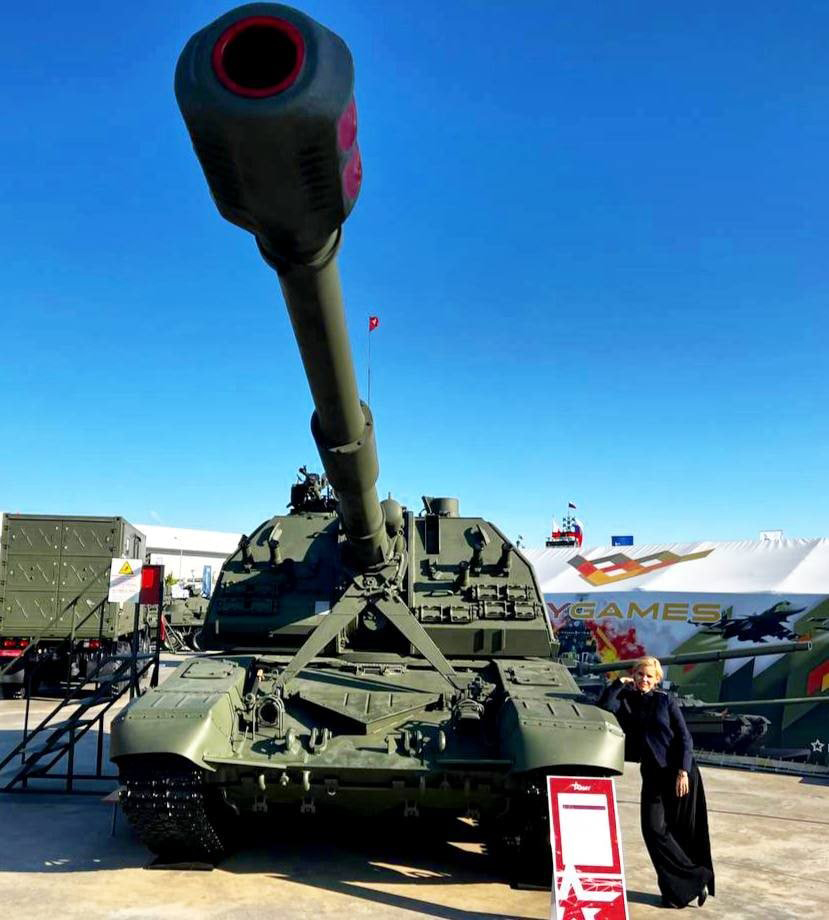 Archive photo of Darya Dukina next to a battle tank

On June 4, it was added to the list of those sanctioned by the United Kingdom in the framework of the Western response to the Russian invasion of Ukraine. He was sanctioned for “supporting or promoting policies that destabilize Ukraine.”

“It is also a sign that we are subject to sanctions Dugins are on the path of truth in the fight against globalism. So, I would say it is an honor to be born in such a family,” he declared in a statement on the portal on May 25. Fresh-Information Anywhere Many Latin American countries feel that they “do not accept the global position”.

And he argued: “Venezuelan President Nicolás Maduro announced that his country would ‘resolutely’ adhere to Russia’s position. In Cuba, during a May Day demonstration, people were seen carrying Russian flags and Z symbols, German network ZDF reported. Argentina accuses the West of having double standards. The Malvinas Islands are in conflict with London, according to Christina Kirchner, the country’s vice president. In Brazil, presidential candidate Lula da Silva said Ukrainian President Volodymyr Zelensky was responsible for what was happening in his country.

In that statement, also, Dukina, he is a “Political observer of the international Eurasian movement” and expert in international relations. “My field of activity is the analysis of European politics and geopolitics. So, I appear on Russian, Pakistani, Turkish, Chinese and Indian TV channels and present a multifaceted world view of political processes,” he said. 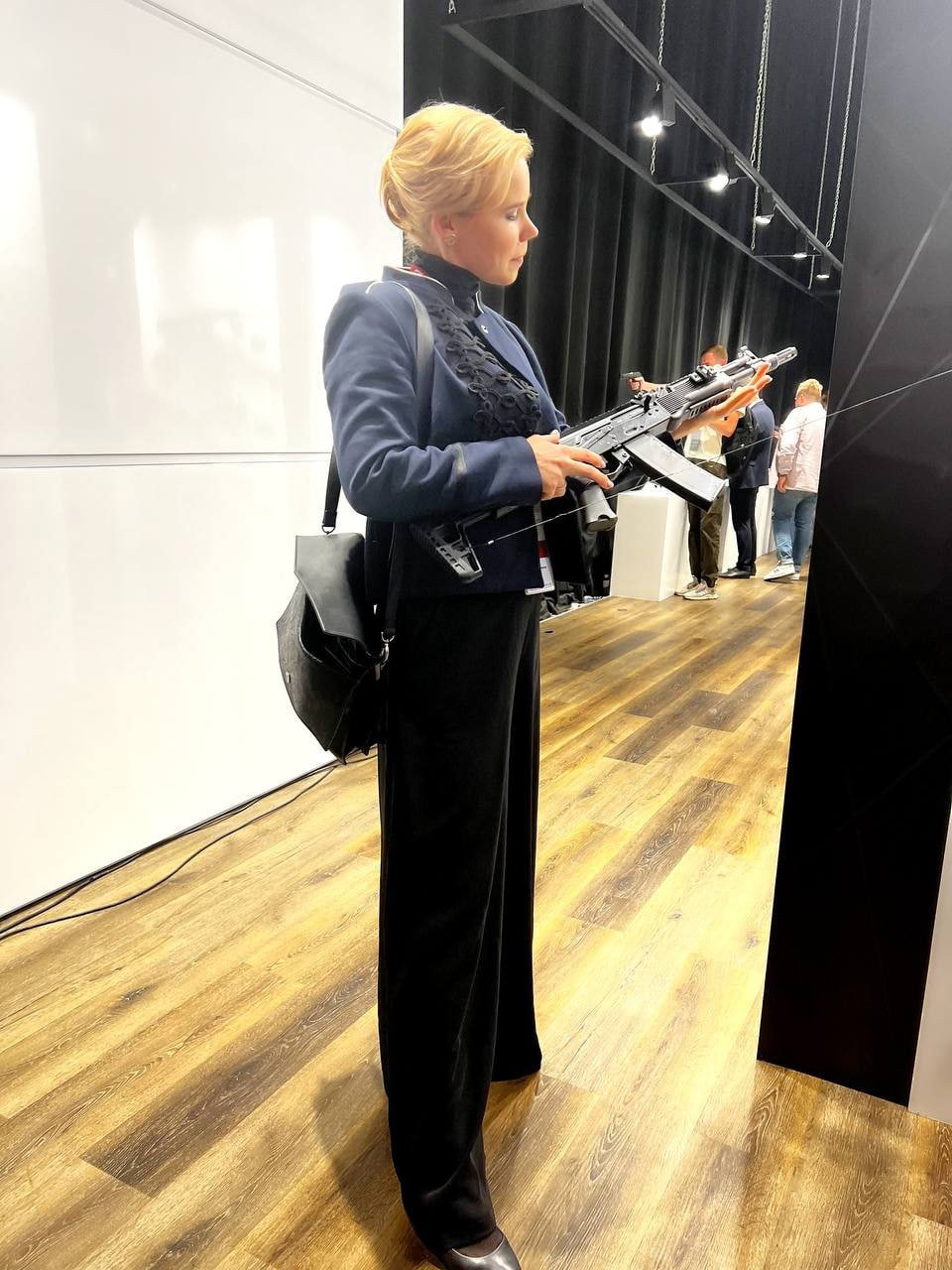 Dukina with a Kalashnikov rifle

Who is his father, Alexander Dugin

Dugin, as it is often called Dubbed “Putin’s Rasputin” or “Putin’s Brain” by the international press, Putin is the real author of the Ukrainian strategy. Although he did not hold an official government post – he was an academic and a former headmaster over time TsargradTVThe network — known for its staunch support of both Putin and the Russian Orthodox Church — and has always been guarded about the details of its relationship with Putin. Its language and rhetoric have long been adopted by the Kremlin.

As a small example, the use of the term “Novorossiya” (New Russia) in 2013 and 2014 for the areas in eastern Ukraine that Russia wanted to claim was soon reflected in Putin’s campaign language. Occupation of Crimea. 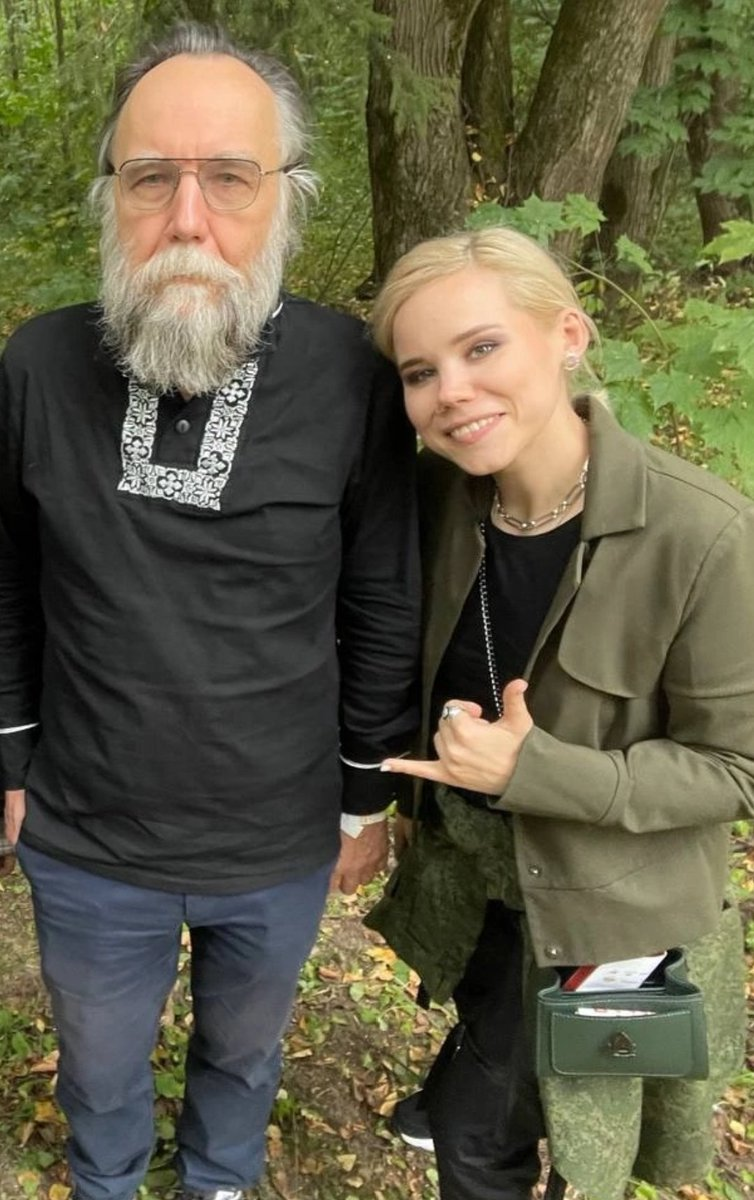 Darya Dukina with her father Alexander Dukin in a file photo

Born in 1962 into a high-ranking Soviet family (Dugin’s father was a military intelligence officer), Dugin rose to national prominence in the 1990s as a writer for a far-right newspaper. to give. A report published in Den in 1991, “The Great War of the Continents”, pitted Russia as an “Eternal Rome” against an individualistic and materialistic West: “Eternal Carthage”.

In the early 1990s, Dugin co-founded the National Bolshevik Party. with controversial punk-porn novelist Eduard Limonov, mixing fascist and communist-inspired rhetoric and metaphors; Avant-garde and paradoxical (and not so paradoxical) transgression; And a truly regressive policy.