Most countries, with the exception of China, have abandoned the “COVID zero” strategy, which seeks to prevent the spread of any kind of virus, and although it was argued at the outset of the epidemic, it now seems indefinite.

“What is it for?” Hong Konger Jenny Leung tells the AFP, summarizing the frustration and incomprehension of a section of the population in the face of this strategy. Leung lost his job as an employee last month following “COVID zero” operations. Now, many in Hong Kong, an area plagued by recent and violent epidemics, are beginning to say that maybe it’s time to live with the virus.

They wonder the same thing In Shanghai, 26 million people have been stranded for more than 20 days without food or medicine. With this in mind, the robbery began last Saturday.

A shocking video shows frustration in a skyscraper west of the city. When residents shouted outside the windows, a small drone with a loudspeaker tried to quell their protest with a dystopian message: “Dear residents … Please strictly abide by the municipal government’s anti-epidemic regulations.” Control your soul’s desire for freedom and avoid opening windows to sing. There is a risk that this behavior will spread. “

Description: The pictures show how people are screaming from the windows and balconies of their house after more than 20 days in jail due to Govt-19.

With almost 90% of the Chinese population fully vaccinated, many observers outside the country – and some inside – wonder why policymakers refuse to abandon their “zero COVID” approach.

In fact, in Shanghai, residents are confined to their homes, workplaces and, in one case, even public restrooms as part of a pervasive viral repression. The recent uprising has so far only generated a serious case and no deathsAccording to official data, more than 100,000 cases have accumulated but are largely asymptomatic in the new hub. 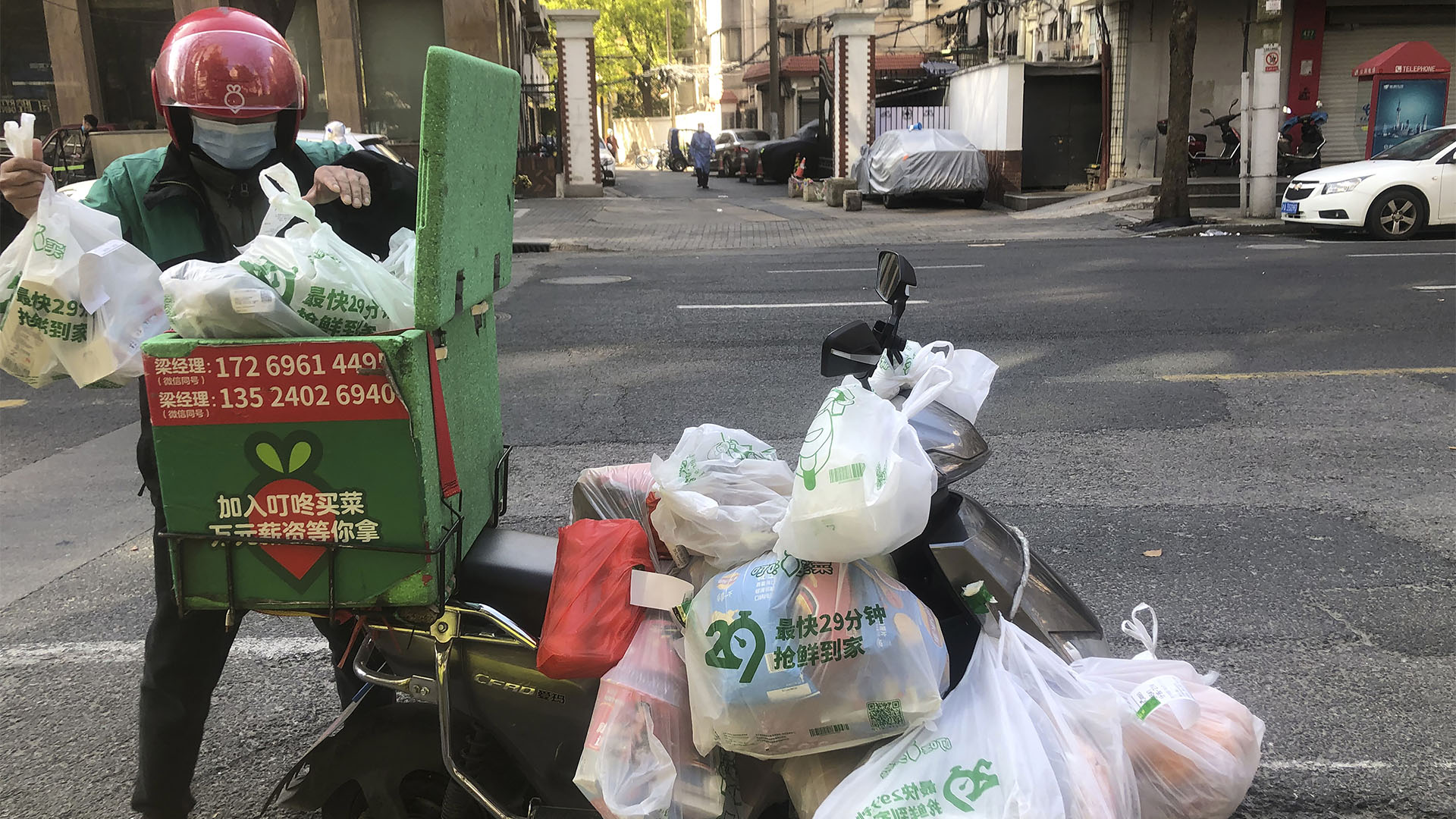 Food distributors have settled in Shanghai and are already starting to run out of supplies due to distribution issues (AP).

In conversation with Newsweek, Yanjong Huang, World Health Senior Fellow at the Council on Foreign Relations, Describes Shanghai’s COVID policy as a “strange twist.” Shanghai’s confusing response to the crisis shows that local leaders are not ready to impose such drastic measures, but they have taken them.

“For those who support such a policy, it makes sense not only politically, but also from a public health standpoint, especially when they anticipate the worst situations,” Huang added. According to some estimates, abandoning the zero COVID strategy could sink the Chinese healthcare system and cause more than a million deaths. “But the question here is to what extent a bad situation is possible. I think many political leaders, who believe in the zero Govt strategy, overestimate the probability,” he says.

Huang points to factors such as China’s high vaccination rate and epidemiological data from Shanghai and Hong Kong, as Chinese-made inactivated vaccines can significantly reduce the risk of serious cases and death.

“In my opinion, there is a better and more cost-effective approach that can not only prevent the outbreak of cases when it opens, but also reduce the damage by reducing the number of fatalities and serious incidents; more importantly, it is important to avoid disrupting society and the economy,” he says.

See also  At least 25 civilians were killed in a Russian attack on a humanitarian vehicle in Zaporozhye.

As analysts explain “COVID zero” is the policy chosen by the Chinese regime for the continuation of socio-political stability in 2022., Chinese President Xi Jinping is expected to use his political achievements as reasons for his re-election to the 20th CPC National Congress this fall. As a result, the party’s ideology is part of its approach to public health.

In its April 6 letter to the CPC Shanghai Committee, members were told to boldly “fight the sword” against actions that would interfere with or undermine the fight against the epidemic. The letter said, “True communists are those who move forward in times of crisis and risk everything in times of crisis.” 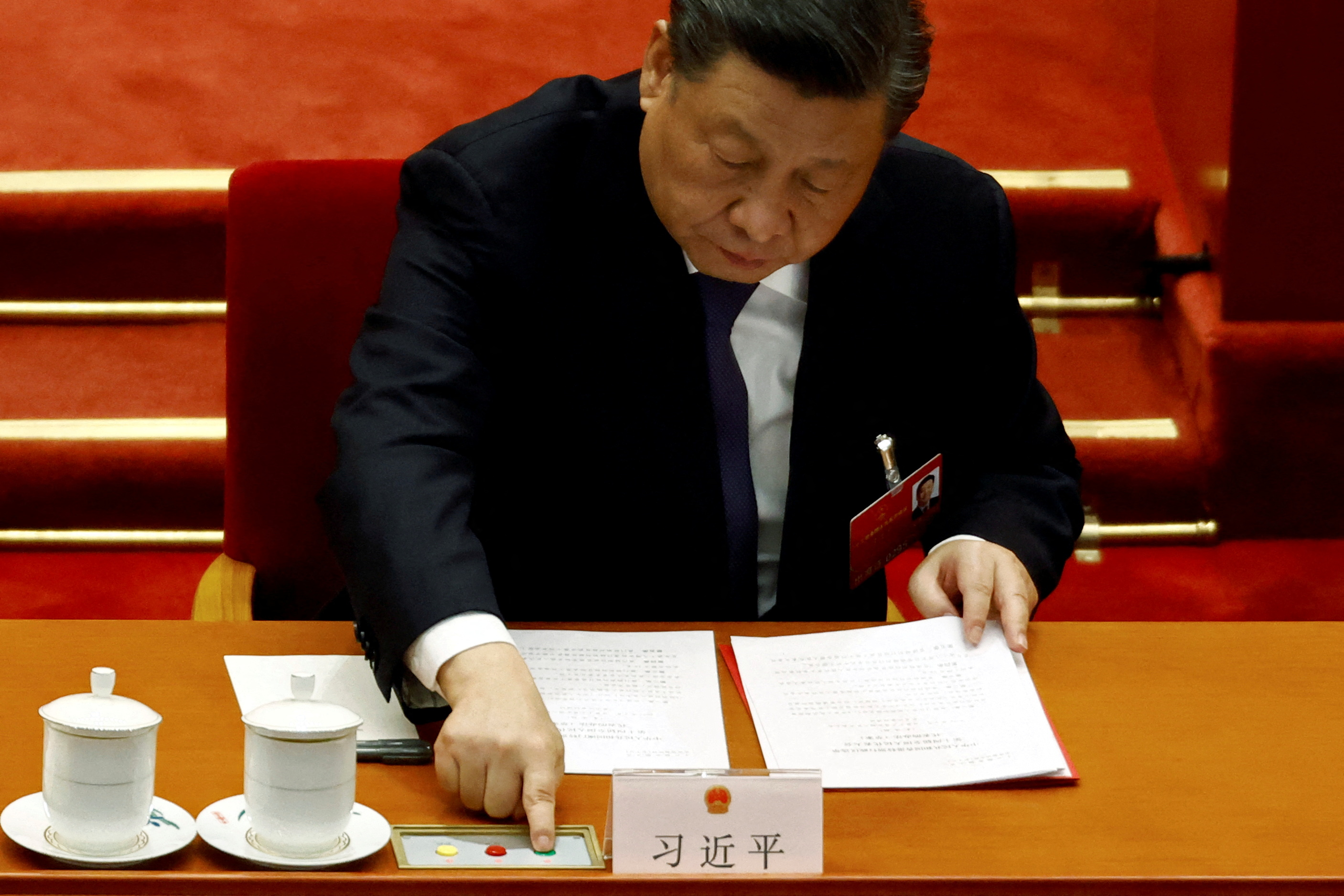 “I think this scientific and selective approach has led to a more difficult and politicized approach. In the end, this is a political decision, not made by public health officials,” he says. “You see how it is fundamentally categorized. This debate about whether covid is zero or living with a virus is not just a debate about which method works best. It is now classified as a rivalry between two political systems, even two civilizations, “says Huang.

“When Xi says Govit zero is over, it’s over, ”said Steve Chang, professor and director at SOAS China in London. One-third of the 20th Party Congress, and therefore Xi’s essential to gaining unlimited position, is the basis for the stability given to stability, “said Zhang.

See also  Massa and Kicillof | Under the umbrella of CFK, economic tables meet both officials and their technical teams

“The zero-govt policy is a policy set by Xi, so it cannot be abandoned until Xi sees that its continuation is more harmful to him than the opposite” – he says there is no evidence for that. “In the end, keeping Xi in power is the top priority of the Chinese government.”

Shocking video showing the frustration of those detained in Shanghai
Shanghai Dream: The Chinese regime has shut down 25 million people without access to food and basic necessities
Shanghai residents protest against COVID-19 lockout: Videos show looting for food after 22 days of lockdown
Video showing how the Chinese regime separates children infected with the corona virus from their parents in Shanghai
COVID outbreak and blockage in Shanghai: After another record of cases, food uncertainty increases
The Chinese regime maintains prisons in Shanghai, but cases and