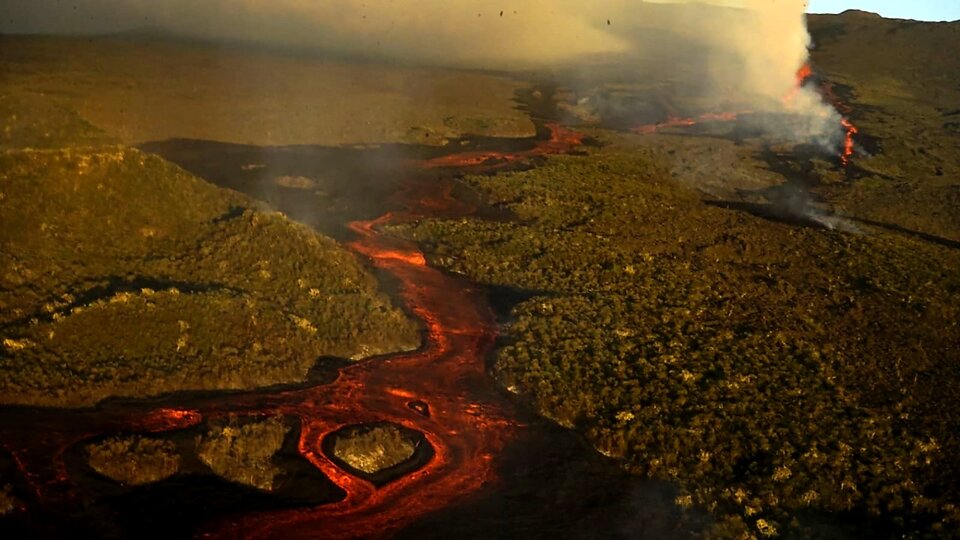 The Wolf Volcano is located in the Galapagos Islands, Ecuador, And where The pink iguana is unique in the world, Started a new process Explosion, Said the Directorate of Galapagos National Park this morning.

On its Twitter account, the company posted a photo of the event, which was captured by Park Rangers.

The world’s most unique species of pink iguanas (Gonolobus marte) live on this volcano on the island of Isabella, where they share their habitat with yellow lizards and giant tortoises (Selenoidis pecki).

The first recorded eruption was in 1797. At 1,707 meters above sea level, El Wolf is the highest volcano in the archipelago and one of the five active volcanoes on the island of Isabella, along with the Sierra Negra, Zero Azul, Alcido and Darwin. .

The wolf volcano is not close to the populated area and poses no danger to human beings.

“There are no people near the volcano or in the direction of the gray clouds.”

Last August, experts from various companies explored strategies aimed at protecting the pink iguana, which usually lives at an altitude of 1,500 meters above sea level and its behavior or threats are unknown.

According to the last census conducted at the beginning of last August, the population of 211 pink iguanas was calculated in the wolf volcano, although 53 were found and captured, 94% of which lived above 1,500 meters above sea level.

The first steps in the conservation plan will include gathering information, building permanent huts on the volcano, and controlling the introduced species of predators.

Experts believe it is essential to find out when and where pink iguanas build nests.

The Galapagos Islands, located in the Pacific Ocean about a thousand kilometers west of Ecuador’s mainland, were declared a UNESCO World Heritage Site by UNESCO in 1978. .

It consisted of 13 large islands, 6 small islands and 42 islands. A natural laboratory that allowed the English scientist Charles Darwin to develop his theory of species evolution and natural selection.