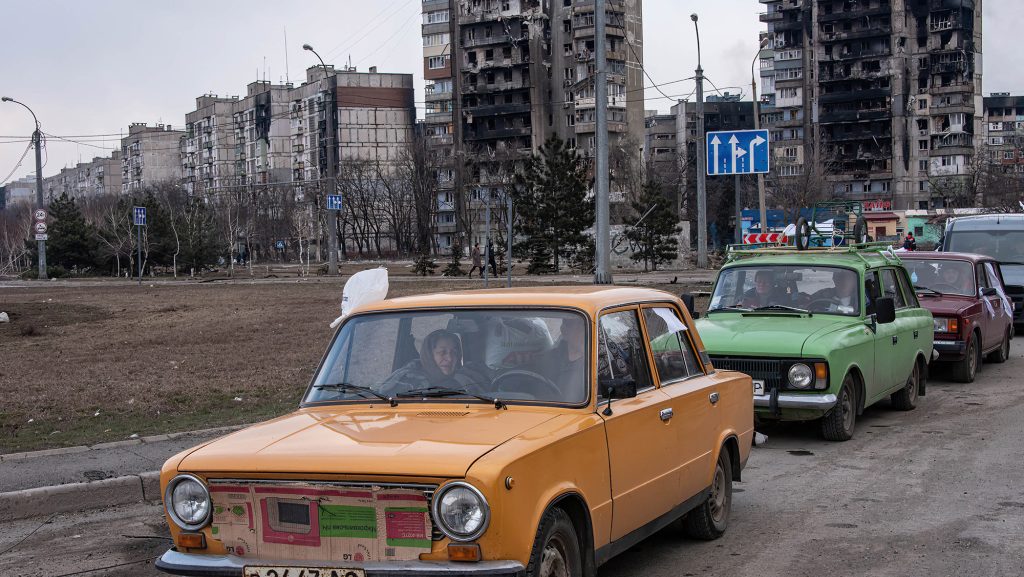 While the Ukrainian military made few mentions of Russian forces’ offensive operations around Kyiv and in parts of the south on Saturday, fighting continued in the east.

The emergency services said that two children were killed in the town of Rubijn after they were pulled out from the rubble of an apartment building that was bombed by Russian artillery fire.

A woman also died in the collapse of the same building. Her daughter survived and was in stable condition.

Some context: Robyzhny is part of a group of small towns and villages still in Ukrainian hands but located near two separate pro-Russian states within eastern Ukraine.

The Ukrainian Army’s latest assessment of the war shows that it is seen as the focus of the Russian campaign in the east – to connect the two strongholds around Luhansk and Donetsk with territorial gains made in the northwest in the area around Kharkiv.

Saturday’s daily update from Army Central Command – released in the early afternoon – reported a series of Russian attacks with “main efforts focused on attempts to capture Severodonetsk, Rubezny and Popasna”.

More deaths and destruction: On Friday, local Ukrainian authorities said that four people were killed and ten injured when Russian artillery opened fire on a series of communities in the area.

Gas supplies were cut off to 23 towns and villages, and power was cut off to 26 towns by the end of the day.

Hayday said many of the wounded in recent days were among the 700 who were evacuated through a humanitarian corridor on Saturday.