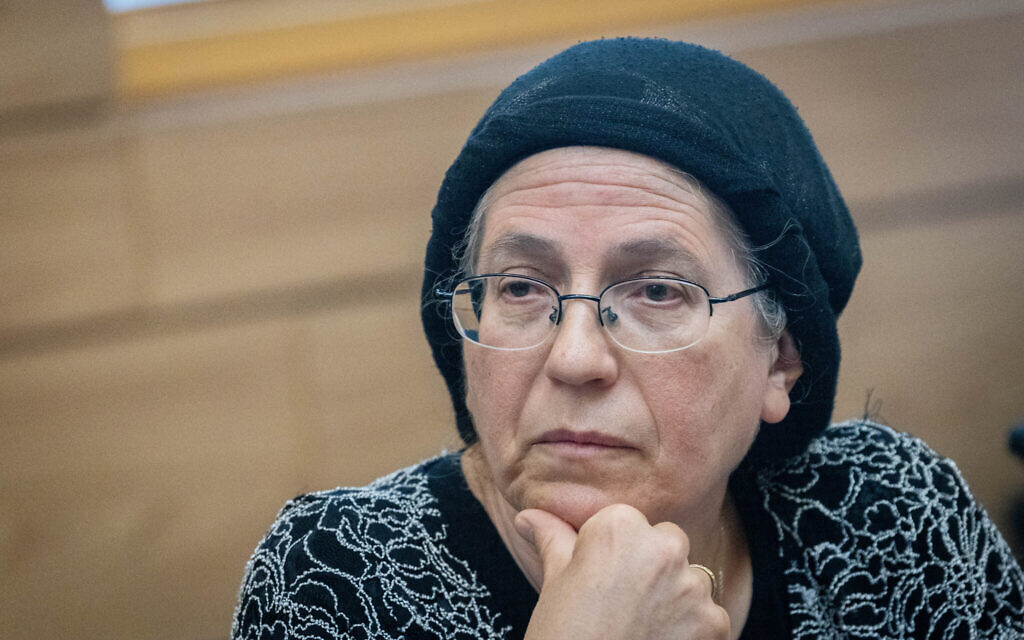 Religious Zionist lawmaker Orit Struck, who is set to serve as a minister in Israel’s new government, said on Sunday that doctors should be allowed to refuse to provide treatments that contradict their religious faith, as long as another doctor is willing to offer the same treatment. .

Several politicians from the outgoing coalition denounced Struck’s remarks as racist and discriminatory, while new Prime Minister Benjamin Netanyahu distanced himself from her position. Netanyahu also denied that his coalition would allow the passage of a law to that effect, even though the emerging coalition agreements provide for amending the existing law against such discrimination.

The head of the Israel Medical Association, Prof. Zion Hagai, insisted that doctors in Israel would defy any attempt to allow the use of discriminatory practices in treating patients.

“If a doctor is asked to provide any kind of treatment to a person that would violate his religious faith, if there is another doctor who can do that, you cannot force him to provide treatment,” Struck told Kan public broadcaster.

“Anti-discrimination laws are just and right when they create a just, equal, open and inclusive society,” said Struck, who is set to become minister for national projects in the new government, and who has authority over the Jewish Culture Ministry — until now part of the Education Ministry. “But there is a certain aberration in which religious faith is trampled upon and we want to correct that.”

Struck was speaking in relation to treatments to which a doctor might have some religious objection, such as fertility treatment for unmarried women, in the general context of her party’s proposed legislation to allow companies or private institutions to refuse service on grounds of religious conscience.

According to state broadcaster Kan, a clause in the coalition agreement between Likud and religious Zionism states that the new government will pass legislation to allow business owners to refuse to provide service to customers if it would violate their religious beliefs.

But Netanyahu denied that the coalition agreement provides for such a law.

The words of MK Orit Struck are unacceptable to me and my colleagues in the Likud. Coalition agreements do not permit discrimination against homosexuals or prejudice the right of any citizen of Israel to receive the service. Netanyahu said in a statement that Likud will ensure that no harm will be done to homosexuals or any Israeli citizen.

Despite Netanyahu’s denials, journalist Michael Shemesh chirp A copy of the relevant clause of the coalition agreement, which states that the Anti-Discrimination Act should be amended “in such a way as to prevent harm to a private business that declines to provide a service or product because of religious belief, provided that it is a service or product that is not unique and that a substitute for it can be found nearby at a similar price “.

The law in its current form prohibits discrimination by those who provide public services or products on the basis of race, religion, gender, sexual orientation, and other similar considerations, and anyone who does so is subject to a fine.

According to Struck, legislation that she and religious Zionism are offering would allow these service providers to refuse a service if they feel it violates their religious faith, as long as there is another similar service within reasonable geographic range.

Struck gave the example of a situation in which a Christian wanted to hold a Christmas party with a Christmas tree in a place owned by an observant Jew.

“I suppose that an observant Jew wouldn’t want to do that because it goes against his religious faith… Jews have given their lives not to do such things throughout history. The law should not treat Jewish law as something of less value,” she said.

“The State of Israel is the state of the Jewish people, a people who sacrificed their lives for their religious faith. It is unacceptable that, having established a state after 2,000 years of exile and sacrificing its lives for the sake of the Torah, this state calls religious faith “discrimination.” 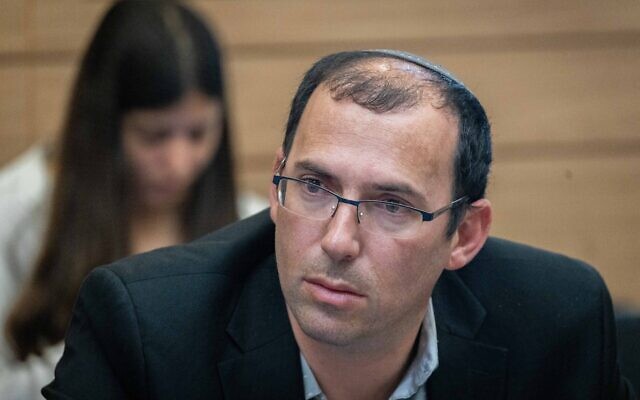 In support of Struck, fellow Religious Zionist MK Simcha Rothman made similar remarks on Sunday, asserting that if the hotel wanted to refuse service to gay people on religious grounds, it would be within its rights to do so.

“The employer can do whatever he likes with his business,” Rothman told Kan.

“The law states that a company may not discriminate on various grounds. This law [proposed by his party] Rothman said, “He does not seek to repeal the general prohibition against discrimination but says that when there is a religious impediment for a person to do something, he may abstain from serving—rather than being forced to do something contrary to his beliefs.”

Asked whether a Jew may refuse service to Arabs on the grounds that he believes Arabs should not live in the Land of Israel, Rothman refused to answer. He also refused to specify the mechanism that will be put in place to determine whether the refusal of service is based on a legitimate religious belief or not.

Several members of the incoming opposition criticized Struck and Rothman’s comments as racist, homophobic, and discriminatory.

Outgoing Prime Minister Yair Lapid denounced Struck’s remarks and blamed Netanyahu for such sentiments, saying he was “leading us into a dark country.” [ruled by] Jewish law.”

Labor MK Gilad Kariv tweeted, “We should not be surprised by Orit Struck’s racist comments.

Ram Ben-Barak, an MK of the Yesh Atid party, said he did not believe Netanyahu’s denials and warned that the country was moving in a direction allowing widespread discrimination.

hagai, cA hair expert for the Israel Medical Association insisted, “Doctors in Israel are bound by a physician’s oath and will not allow anyone or any law to change this fact,” in response to Struck’s comments.

We will not allow external or political considerations to be introduced between doctors and patients. The health system has always been an island of the mind, a symbol of coexistence, a place where Jews and Arabs work side by side, with the value of equality enlightening them,” Hagai tweeted.

“The physician’s Hebrew oath expressly says: ‘You shall help a sick person because he is sick, whether he is a foreigner or a non-Jew, whether he is a native, vile or honorable.'” He wrote in the prayer of doctors Maimonides: “I will only see a person in a sick person.” So it has always been and will be forever.”

Hila Peer, president of the Association for LGBT Equality in Israel, also denounced the remarks as “un-Jewish” and shameful.

MKs Struck and Rothman want to discriminate gay people so that we can stay in our homes as in the dark days of humanity. Beer said, calling on Netanyahu to oppose such legislation.

Responding to the criticism, Struck said, “No one intends to discriminate against gay people because of who they are or what they identify with. Not in medical treatment, or in any other way. LGBT people are human beings who deserve respect and love as much as anyone else.”

But she insisted that if there was “a medical treatment contrary to Jewish law, a religiously observant doctor would not be compelled to give it, no matter who the patient was.”