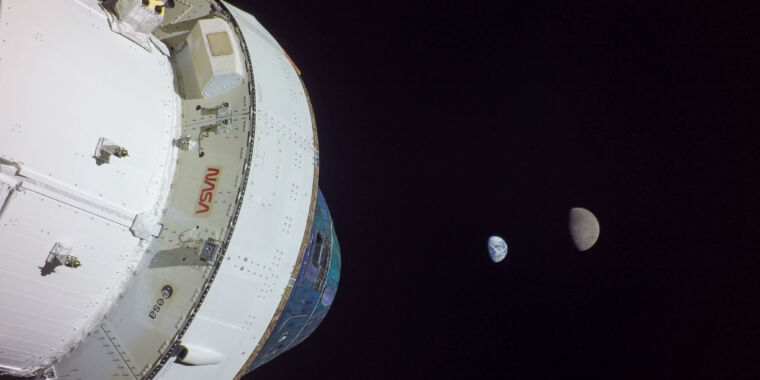 The launch of the Artemis I mission in mid-November was amazing, and NASA’s Orion spacecraft has worked almost flawlessly since then. If all goes as expected — and there’s no reason to think it won’t — Orion will touch down in the calm seas off the California coast this weekend.

This exploration mission has provided dazzling images of the Earth and Moon and offered the promise that humans will soon be flying into deep space again. So the question for NASA is when can we expect a return?

Realistically, a follow-up to Artemis I is likely at least two years away. Most likely, the Artemis II mission won’t happen before early 2025, although NASA isn’t giving up hope of launching humans into deep space in 2024.

It may seem strange to have such a long gap. After all, with its November flight, the Space Launch System rocket has now proven it can. And if Orion returns to Earth safely, it will validate the calculations of the engineers who designed and built its heat shield. Should it take more than two years to finish building a second rocket and spacecraft and complete certification of life support systems inside Orion?

The short answer is no, and the reason for the long hiatus is a bit silly. It all goes back to a decision made about eight years ago to plug a $100 million budget gap in the Orion program. As a result of the chain of events that followed this decision, Artemis II is unlikely to fly before 2025 due to its eight relatively small flight computers.

“I hate to say it’s Orion this time holding us back,” Mark Keracisch, who served as NASA’s Orion program manager when the decision was made, said in an interview. “But I’m talking about the back. It’s part of my legacy.”

A long time ago, on a far budget

About eight years ago, top NASA officials and Orion’s primary contractor, Lockheed Martin, needed to fill a budget gap. At the time, NASA was spending $1.2 billion a year developing the Orion spacecraft, and while it was making progress on the design, there were still challenges.

NASA’s exploration plans at the time were fundamentally different from today’s Artemis program. Nominally, the agency was building an Orion rocket and an SLS rocket as part of a “journey to Mars.” But there was no clear plan on how to get there, and there were no well-defined missions for Orion flight.

One major difference is that NASA only planned to launch the original version of the SLS rocket, known as “Block 1,” once. After this initial mission, the agency planned to upgrade the rocket’s upper stage, creating a version of the rocket known as the Block 1B. As this variant was longer and more powerful than the Block 1, it required major modifications to the missile’s launch tower. NASA engineers estimated that it would take approximately three years of work after the initial launch of the SLS to complete and test the rebuilt tower.

So it seemed plausible that the Orion planners could reuse some components from their spacecraft’s first flight on the second flight. In particular, they focused on a group of more than two dozen avionics “boxes” that are part of the electronics system that powers Orion’s communications, navigation, display, and flight control systems. They estimated that it would take about two years to re-certify the flight hardware.

By not having to build two dozen avionics boxes for Orion’s second flight, the program closed the $100 million budget gap. And according to the schedule, they’ll have about a year to spare while they work on the launch tower.

“It was just a budget decision,” Keracic said. “The launch dates were very different back then.”