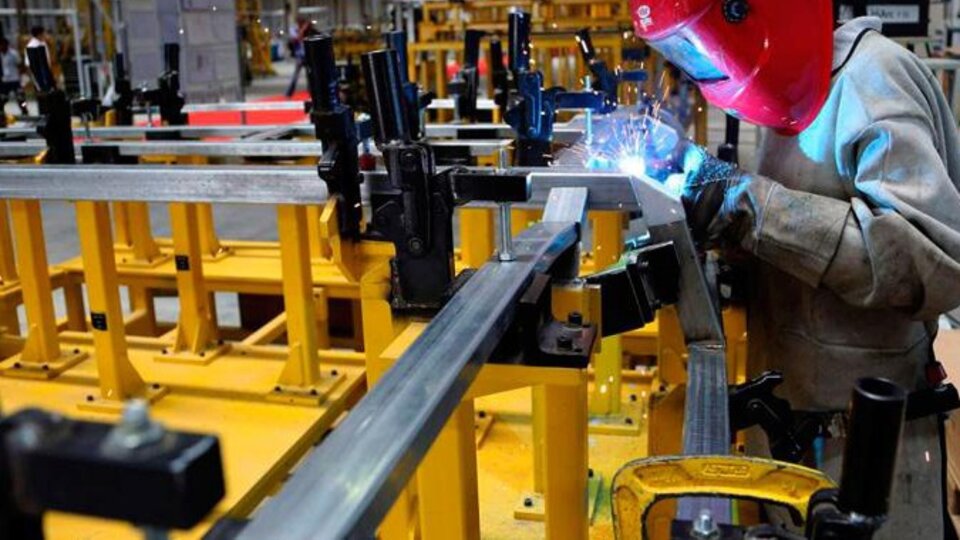 The 48-hour workweek currently in force in Argentina is one of the longest in the world, established in our country 102 years ago. From that point on, productivity increased relentlessly with the mechanization of work and technology. The regulations that have expanded workers’ rights around the world since then (vacations, bonuses, licenses, job security, etc.) are measures taken by welfare states to redistribute ever-increasing wealth.

This manufacturing transformation has deepened tremendously this century with the computerization and digitization of countless processes. Since a workday has remained unchanged, the increase in productivity and wealth created by the modernization of work is essentially in the hands of capital, which corresponds to the reality of an increasingly concentrated capital in Argentina and the world.

The data of the current situation of the labor market in Argentina compels us to open the debate. In recent years, there has been a sharp decline in the purchasing power of wages (since 2016, wages for registered workers in the private sector have fallen by 20 percent). In addition, the increase in the economically active population (47.9 percent in the latest Permanent Household Survey, a historical high) means that many unemployed people are returning to the labor market to find work in their households. Not earning income (retirees, youth, housewives, etc.). As salaries are insufficient, the number of employed workers who demand more employment also increases. According to the latest EPH data, which does not yet capture the effects of the acceleration of inflation in the third quarter, 12.8 percent of registered wage earners are below the poverty line. On the flip side: there is an improvement in business profit margins and a fall in workers’ participation in wealth (declining from the 52 percent they represented in value added in 2016 to 44 percent in 2021).

In short, the scenario shows us: highly exploited workers, workers working below the poverty line, workers excluded from the labor market, increasingly concentrated institutions and an increasingly unequal society.

Shortening the working day without reducing wages is one way to change this situation through improvements in workers’ living conditions, relative increases in wages, and possible increases in employment levels.

At present most of the companies in our country impose a daily working time of 9 hours, 5 days a week or 8 hours 6 days on their workers. Add to this minimal hours of sleep replacement and commuting hours, and a worker has very little time to take care of his own life.

In addition to the obvious personal benefits of reducing working hours, for society as a whole it brings energy savings, relief from the traffic system, more employment opportunities, and time for workers to care for children and the elderly. ., for education and training, entertainment and general welfare.

From the point of view of companies, many people in the world are using the shortening of the working day or reducing the working week to four days because they see a lot of benefits in it: cost reduction, reduction of labor conflicts and increase. Productivity through better use of the workday.

The Frente de Todos’ bills, currently presented by Hugo Yasky and Claudia Ormachea, propose shortening the working day without reducing wages. The delegation’s decision is to encourage a deeper discussion of the labor situation in Argentina and to bring them together.

Throughout its history, the world has developed socially-imposed changes that prioritize different values ​​and time-uses, but are shaped by technology and productivity.

See also  Why international flight prices may go up further in coming days | "Flying will undoubtedly be more expensive," they warn

Countries such as New Zealand, the United States, Sweden, Switzerland, the United Kingdom and France have organizations that have already implemented this method with more or less success. For a 4-day work week, the company must pay the worker the same wages as for 5 days, thus reducing the working hours by 20 percent.

This can have benefits at the level of the worker who can have more leisure time and be with family, which creates fewer relocations with economic and environmental benefits, as well as greater motivation with the company, less stress and downsizing. In related diseases.

However, competition from the company’s side becomes difficult or impossible if there is no uniform working day. Implementation is possible in organizations that do not require customer service (for example, back office services), while implementation is more difficult in organizations that require customer service (for example, stores) where consumers expect service every business day. week. If the labor law were strict, it would not allow compensation or other means of allowing this type of 4-day shift in activities requiring daily activity.

The most important thing to analyze the viability of the company is whether it is possible to increase the productivity, which avoids converting 20 percent of the reduced hours to the cost of the products. For this, mainly related to productivity, it is often related to investing in new technologies, training and robotics equipment, but also related to a broader concept with Industry 4.0.

A clear example of productivity is analyzed in history with Henry Ford and the production of the Ford T began to produce a car in 12.5 hours, later with process improvements it reached 93 minutes, a total of 1481 parts assembled to produce the Ford T. , the production flow of major car manufacturers is enormous, as it takes 17 to 31 hours to produce an SUV model, depending on the size of the manufacturer, but on average 30,000 parts are used. 1,481 used Henry Fords.

Another interesting case is what happened when analyzing the reduction of the working day and the increase in productivity in Great Britain:

In a globalized world, such competitiveness must be checked not only within the company, but when the product or service hits the streets, what does this mean; All factor productivity. That is, rational and non-distortive taxes (including labor taxes), efficient freight rates, financing costs for joint investments with developed countries, and no blockades or embargoes on ports and waterways. etc

In short, this is a process that guides the global economy, but we will not all arrive at the same time or in the same situation, there are economic sectors and countries that will come before others to this new way of working. It is up to us to find the time and the means to enjoy the benefits. (**) SME Entrepreneur, Bachelor of Business Administration Head CEGLA; Secretary Carmahey.