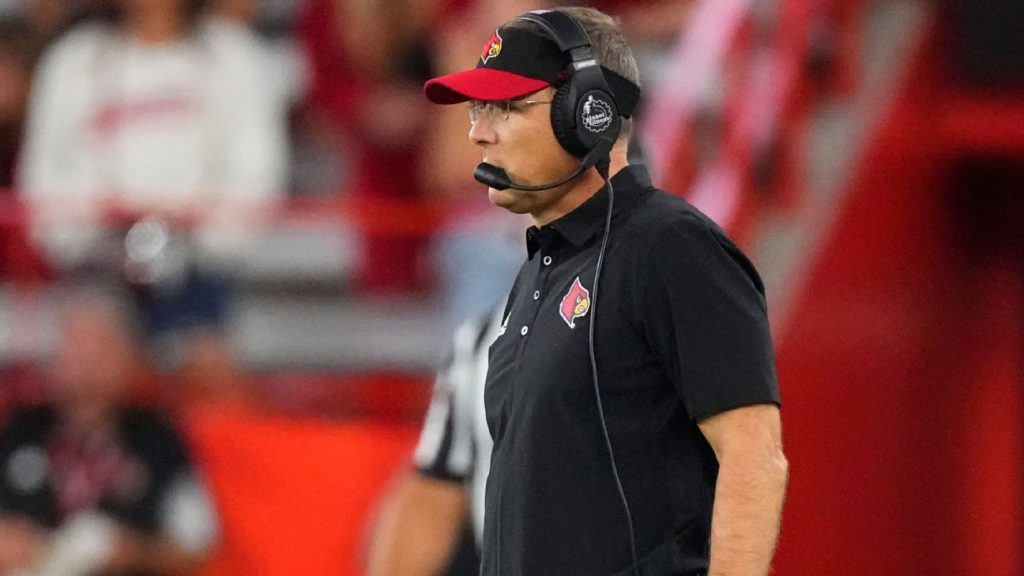 The school announced Monday that Louisville head coach Scott Satterfield has been hired to become the upcoming head football coach at the University of Cincinnati.

The terms of Satterfield’s contract have not been made public, but a source told ESPN that Satterfield has secured a six-year deal.

The rent is regionally compelling, as the schools are about 100 miles apart and at various times have been conference rivals. The schools will also play each other in the Fenway Bowl on December 17th.

Satterfield’s appointment is a statement for Cincinnati as it enters the Big 12 next year. Satterfield takes over Luke Fickel, the best coach in school history. Fickell took the Bearcats to the College Football Playoff in 2021 and helped elevate the program to earn Big 12 interest.

Satterfield drew Cincinnati’s interest for the job he did building the Louisville backups in the aftermath of a 2-10 season when Bobby Petrino was ejected. Satterfield, who has led the Cardinals to three bowls in the past four seasons, had emerged as one of the exciting young coaches in the country while at Appalachian State.

Satterfield went 25-24 at Louisville after 47-16 in five years at Appalachian State. One of the appeals of Satterfield’s background to the Cincinnati Copper was that he led the Mountaineers through their transition from FCS to FBS, with the first official year coming in 2014. The Bearcats saw the required skill set as transferable.

With the Louisville job open, the speculative favorite will be former star Cardinals quarterback Jeff Broom, who coached at Purdue and just led the Boilermakers to the Big Ten title game.

See also  Law: The Tigers get paid by trading Gregory Soto to the Phillies