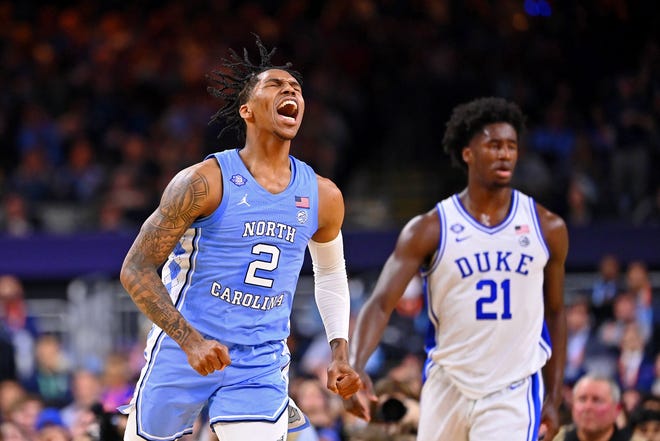 North Carolina played its final villain once again, stunning contender and second seed Duke, 81-77, in Final Four on Saturday at the Caesars Superdome before a crowd of 70,602.

Caleb Love’s dagger gave three pointers with 28 seconds left, followed by a free throw, seeded No. 8 Tar Heels four points and helped them take out a surprise. Trevor Kells’ free throw 10.4 seconds before the end of the match made the score 79-77 before Love (28 points) hit two free throws to consolidate the victory.

sympathy:Coach K’s gift to his players after Duke lost in Final Four: Ease their pain

“Coach K is incredible,” North Carolina coach Hubert Davies said. “And this team is the best team we’ve played so far. We just happened to put in more plays tonight.”

Those plays came in the last two exciting minutes. Duke’s guard Trevor Kells three pointers left with 2:05 gave the Blue Devils a 71-70 lead before Brady Mannick, the big car driving man, blocked off his three pointers. Advice about the ensuing play drained Wendell Moore Jr. for triple pointers and giving the Blue Devils an edge of 74-73. UNC goalkeeper RJ Davis then made the free throws at 1:01 from the left making the score 75-74 in favor of Tar Heels, forming Love’s tournaments in the last minute of the match. Two free throws missed by Mark Williams in the final minutes proved costly to Duke.

“You can’t define a season with one match or one minute in a match,” Krzyszewski said. “You define the season by what happened throughout the whole season. It’s been a whole year for us.”

However, the Blue Devils were the favorites to win it all. And now North Carolina — behind a passionate Davis first-year coach — has won the biggest stage in a rivalry game that has been promoted as the “biggest game in college basketball history” and “game of the century.”

Davis said all week he loves it when his team plays with passion. Love was taking his coach’s advice, fondly pointing to the North Carolina crowd and a group of former Tar Heels players after they made three consecutive hits and throws to give UNC a decisive 45-41 advantage early in the second half with 16:21 left. After a poor shot in the first half, UNC bolstered its defense in the second half, especially in the paint, and stopped outside shots.

“We’re playing for a national championship,” Davis said. “One of the things our team has done well is celebrate the win but then set our sights on what’s next. I want them to celebrate tonight. That’s important.”

The Tar Heels were in the NCAA Championship bubble at the beginning of March. Now they are playing the national title game. Davis decided to put an image of the Superdome in his players’ lockers at the start of training in October and now that belief system is beginning to pay off. UNC won their best player, Armando Bacot, after picking up an injury in the final five minutes of the game – leaving the match with an ankle injury before entering again.

Duke star Paulo Banchero led the Blue Devils with 20 points, but Duke was unable to turn down. They only shot 5 for 22 from behind the bow and were held back by an early error problem. Bench Keels played big for Duke, scoring 19 points from the bench.

“I think we all just left it there and played with joy,” said Kells. “We had a great time there. We screwed it up, but we definitely had fun there.” 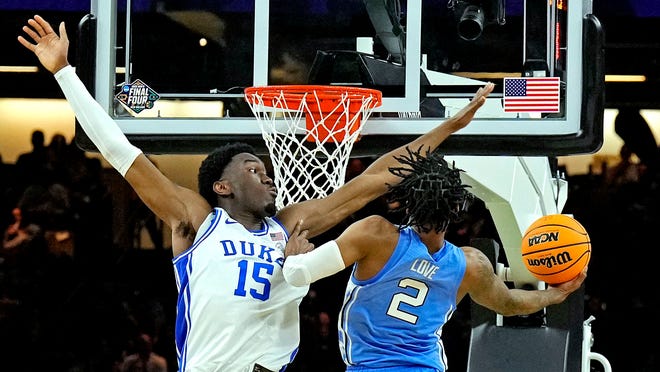