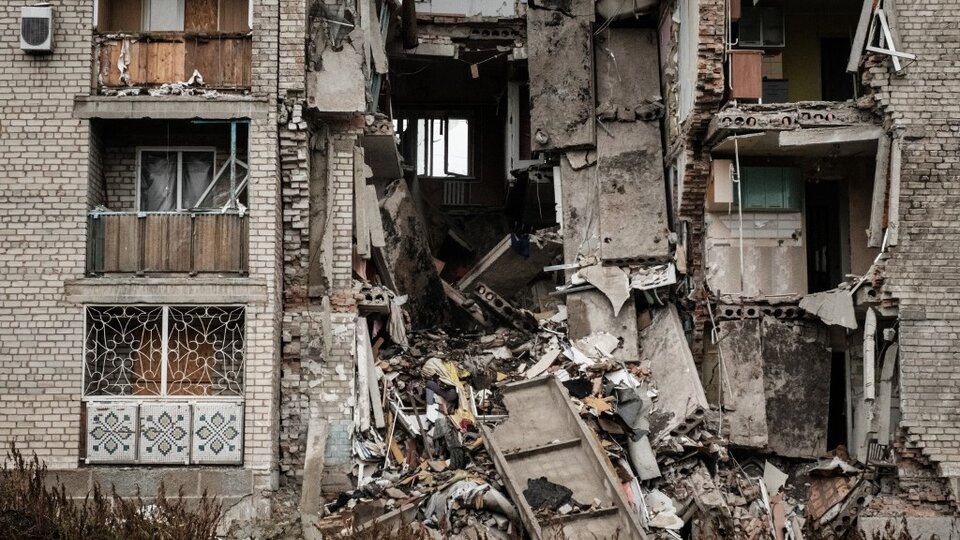 Pro-Russians claim to have captured two towns near Baghmut

Pro-Russian militias of the Donetsk People’s Republic announced today that they have captured two towns in the east of the country near the Ukrainian city of Baghmut.

“The forces of the Donetsk and Luhansk People’s Republics liberated Obidne and Ivangrad with the support of the fire of the Russian Armed Forces”, two towns located south of the besieged city and separated by the Bajmut River, the general staff said. Donetsk Regional Defense on its Telegram channel.

Luhansk fighters today took two key heights near the city of Kreminna, which has been besieged by Ukrainian counterattacks.

“Our army in Kreminna not only organized a powerful defense system, but also managed to control two dominant heights in the gray zone, Chernopopivka and Biskan,” Lugansk’s representative in Russia, Rodion Miroshnik, wrote on his Telegram channel.

Erdogan says his goal is to reach a ceasefire in Ukraine “as soon as possible”.

Turkish President Recep Tayyip Erdogan said today that his goal is to reach a “soon” ceasefire in Ukraine despite difficulties on the battlefield to stop the bloodshed.

“Our aim is to maintain the momentum achieved, despite the difficulties on the ground, before reaching a ceasefire and stopping the bloodshed,” he said at the Summit on Communication and Confidence Building Measures in Asia (CICA). ) held in the Kazakh capital.

“We are all experiencing the consequences of the crisis in Ukraine, regionally and globally. I have always said that with the help of diplomacy, a just peace can be achieved,” he emphasized.

Erdogan told the leaders of twenty countries, including Russia’s Vladimir Putin, that “there is no winner in war or no loser in a just peace.”

The Turkish president, who will meet Putin in Astana precisely today to talk about the war in Ukraine, felt that the intensive joint efforts of Ankara and the UN to eliminate the consequences of the Russian invasion have been recognized “by the whole world”. This is the Istanbul Agreement to export Ukrainian grain to alleviate the world food crisis.

Ukrainian President Volodymyr Zelenskyy asked the European Council today that the Old Continent should lead an initiative to create a special court to try Russia for war crimes.

“Europe can play a historic role by creating a special court,” Zelensky said in a video conference speech before the autumn session of the Parliament of the Council of Europe (PACE) at its headquarters in Strasbourg (northeastern France). .

According to the Ukrainian president, this will be “one of the most powerful means” of guaranteeing “long-term peace” because “Russia only speaks the language of terror.”

Zelensky used his speech to the Council of Europe – a body Moscow was expelled from in March due to its invasion of Ukraine – to once again ask the international community to “recognize Russia as a terrorist state”.

Ukrainian shelling hit a residential building in the Russian city of Belgorod near the border on Thursday, local officials said.

“Ukrainian armed forces bombarded Belgorod. Anti-aircraft defenses were activated. There is destruction in a residential building,” Vyacheslav Klatkov, governor of the region of the same name, where hostilities have intensified in recent weeks, said in a telegram.

Russia has carried out attacks in nine regions of Ukraine in the past 24 hours, some with kamikaze drones, multiple rocket launchers, missiles and heavy artillery, according to the latest piece by the regional military administration, gathered by Ukrinform.

This morning Russian troops carried out kamikaze drone attacks on a critical infrastructure facility in the Makarov community in the Kyiv region.

In the Sumy region, the Russian military fired fifteen shells from self-propelled artillery systems on Myrobyl in the morning.

Twelve shelling attacks were reported in the region on Wednesday, with more than a hundred reported in the communities of Myropolis, Seredino-Butska, Kotinska, Shalyhinska and Pilobielska.