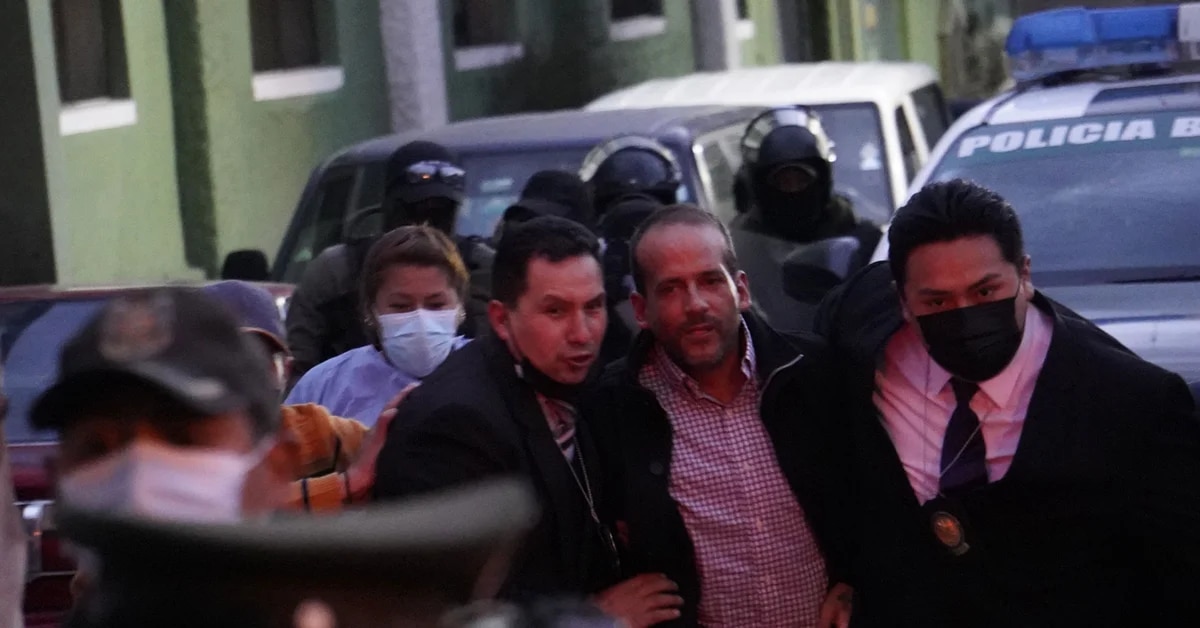 The governor of the Bolivian region of Santa Cruz, opposition member Luis Fernando Camacho, entered the offices of the Special Force to Fight Crime (Felcc) in La Paz this Wednesday, accompanied by plainclothes policemen (EFE/Javier Mamani).

The Bolivian public prosecutor’s office confirmed the arrest of Santa Cruz governor and opposition leader Luis Fernando Camacho. Case “Conspiracy I”The political crisis of 2019 led to the resignation of Evo Morales from the country’s presidency in a judicial process.

The prosecutor’s office explained that Camacho’s arrest was not about “kidnapping or political persecution” but rather in response to an “arrest warrant” issued by a judge in La Paz in October of this year. When Lydia Patty, former vice-president of the ruling Movement for Socialism (MAS), made a point, she noted that Camacho “has full knowledge of the said process from its inception.” Complaint for terrorism In November 2020.

The “Conspiracy I” case involved the condemnation of terrorism caused by the 2019 crisis after the failed presidential elections, which were declared fraudulent, and led to the resignation of Morales, who denounced the “conspiracy”. vs.

Although Camacho was the main defendant in the case, which began two years ago, it was not until this day that the police arrested him and transferred him to La Paz, the seat of the executive and parliament.

See also  Can the work day be shortened? | Discussion topics. Impact of mechanization, computerization and digitization
A few hours after the arrest of Santa Cruz Governor Luis Fernando Camacho, the property of the Department of Prosecutor’s Office has been set on fire.

incidents in Santa Cruz After the arrest of Governor Luis Fernando Camacho.

A group of people The Santa Cruz District Attorney’s office building was set on fire And local police fired tear gas to disperse a crowd that had gathered to protest the opposition leader’s arrest. 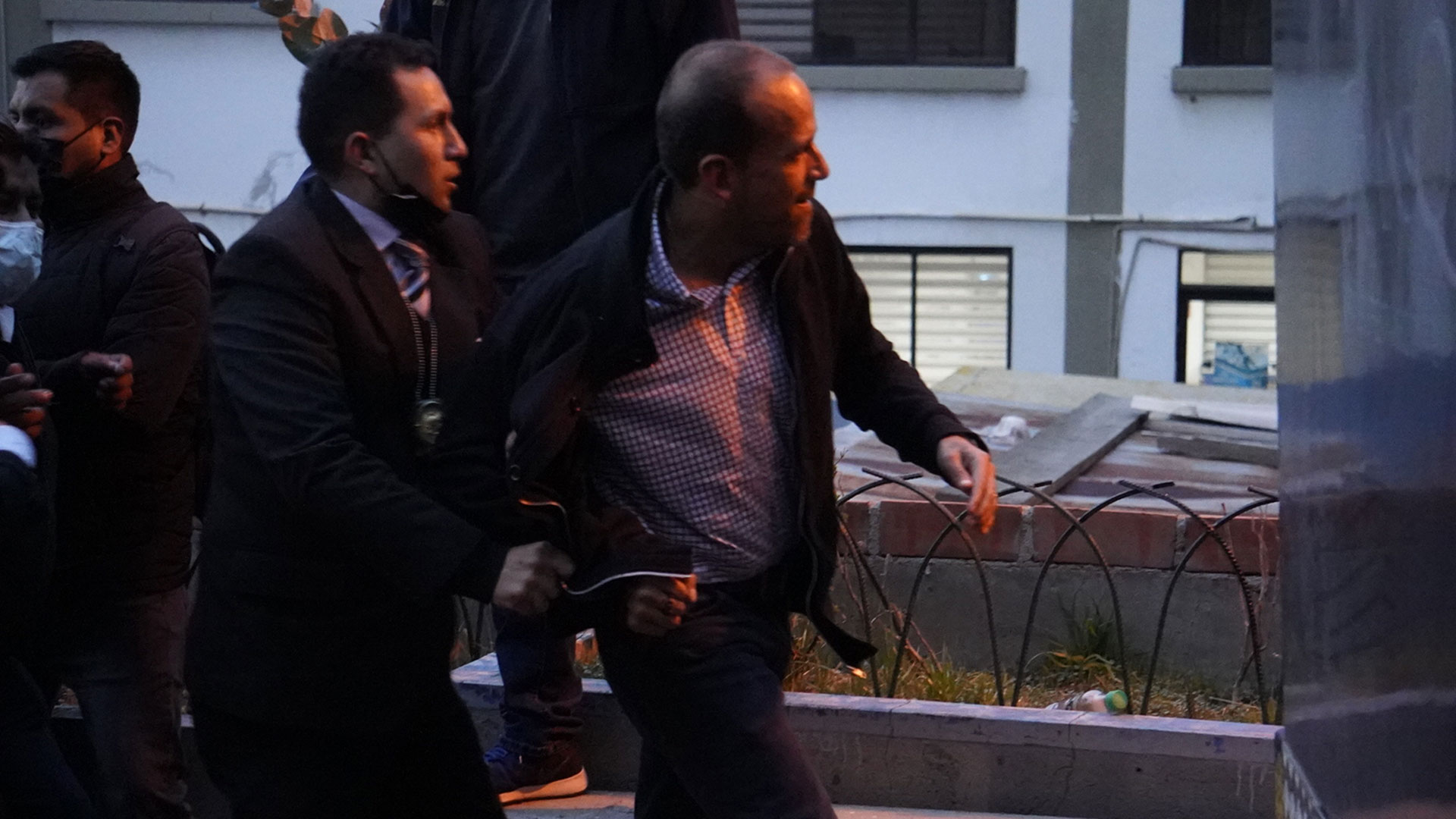 Luis Fernando Camacho, Governor of Santa Cruz, He is already in La Paz.

The Louis Arce government launched a police mega-operation to relocate the opposition leader from Wiruwiru International Airport. Headquarters of the Special Force to Combat Crime (FELCC).

Government Minister (Interior), Eduardo del Castillo, released the first photo of Camacho since his arrest. The Governor’s health is stable. He also denied “any knowledge of injuries sustained” when he was arrested. “After the apprehension of Luis Fernando Camacho, we inform the Bolivian people that we have advised them to undergo the relevant medical evaluation, respecting constitutional rights and human rights as we do for any person deprived of their liberty,” he said on Twitter. 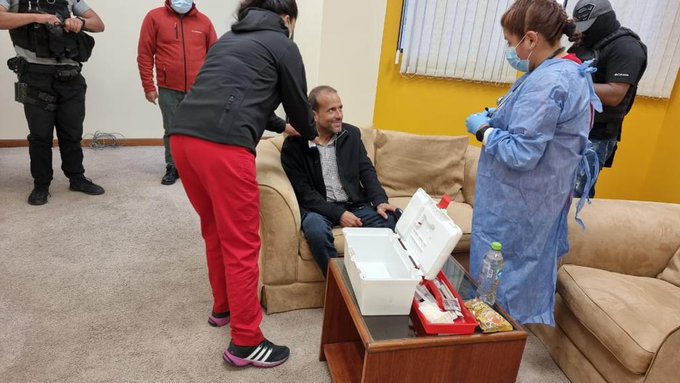 See also  After declaring a state of emergency, the Peruvian government is considering imposing a curfew They are seeking the Home Minister's intervention in the crackdown

The former head of state, who has been detained in La Paz prison since March 2021, compared the police operation against Camacho to his arrest in the Amazonian city of Trinidad and his subsequent transfer to La Paz. Country. I refuse and condemn Intolerable abuse that brings more pain and hatred among Bolivians”, Anes indicated on his social networks, which are managed by his relatives.

The group of governor Luis Fernando Camacho, who was arrested this Wednesday, warned through his social networks that the government of Luis Arce also wants to “kidnap”. Romulo Calvo, president of the civic body of the region, And asked people to hold a vigil in their homes “for the protection of Santa Cruz”.

“The governor’s press team reports that the government also wants to abduct the chairman of the committee, Romulo Calvo. A call to the people of Santa Cruz Wake up at home”, refers to a part of the message posted on social networks by the opposition governor.

Calvo was one of the leaders who led the 36-day strike from October to November this year, demanding that the population and housing census be conducted in 2023, not 2024.

Additionally, long lines were reported at service stations in Montero and Santa Cruz due to a scare Possible fuel shortage If stronger opposition measures are approved due to the arrest ordered by the government of Luis Arce against the leader of the opposition party.

The Civic Group for Santa Cruz — a confederation of business, neighborhood and labor organizations from Bolivia’s wealthiest region — called the emergency meeting.

See also  The world does not want to see Alex Chop dressed as a prisoner: he asks to limit access to money laundering investigations
Camacho supporters occupied the departure runway of Wiru Wiru airport

Hundreds of people, including several national and sector legislators, arrived at the Wiru Wiru International Airport in Santa Cruz. They entered the runway to avoid the planes taking off.

People gathered They boarded the plane to check that Camacho was not on any plane They also assured that they will not allow any flight to take off from the terminal and forced the passengers to get down.

The same thing happened El Trompillo AirportAccording to local TV channels, people stormed the runway and forced out the military at the air terminal, which is currently used for military, instructional and private operations.

The governor’s supporters pointed out They will not allow any flight operations in Santa Cruz It is not known where Camacho was taken, and they have warned that they will once again paralyze the city.

“Governor LF Camacho’s violent and illegal kidnapping is outrageous. Violates constitutional and human rights principles. This once again shows the government’s decision to continue Harassment of opposition leaders under any guise of law. He should be released immediately,” said Mesa on his Twitter page.