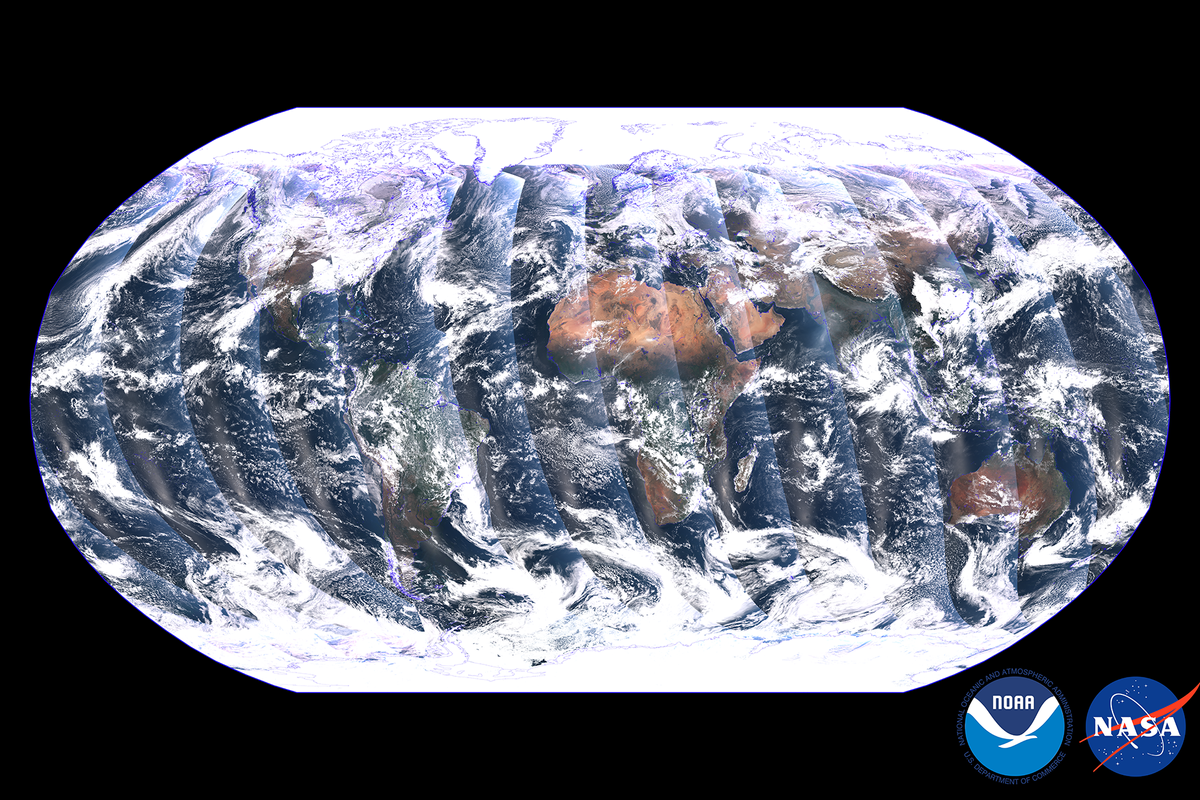 What can you see in this latest global image of Earth? There are crisp turquoise seas around Cuba, agricultural fires in northern India, and of course the rest of our planet as seen in the first full view from NOAA’s newest Earth Observing Satellite.

the Land The images that make up this mosaic, and some close-ups, were taken on December 5 and December 6 by an instrument called the Visible Infrared Radiometer (VIIRS) array aboard the satellite, that set off On November 10th From Vandenberg Space Force Base on November 10 (formerly Spacecraft Known as JPSS-2.) VIIRS collects images in both the visible and infrared spectra of light, allowing scientists to see details of Earth’s surface.

Related: Earth’s powerful new moon to study the butterfly effect on the weather

VIIRS provides vital information to scientists about Earth’s oceans, atmosphere, and land. It can detect differences in ocean color, telling scientists where phytoplankton are located, or whether dangerous algal blooms have formed along coastlines settled by humans. The instrument’s atmospheric data can help scientists predict and monitor the movement of storms.

NOAA-21 is the second operational satellite in a series called the Joint Polar Satellite System, which provides global pole-to-pole images. Another JPSS satellitenow known as NOAA-20, was launched in November 2017. Prior to that, the NOAA-NASA Suomi National Polar-Orbiting Partnership (Suomi-NPP), which provided the blueprint for JPSS, launched in 2011.

The satellites orbit from pole to pole, observing the entire Earth’s surface twice a day. It sails 512 miles (824 kilometers) above Earth at a speed of 17,000 mph (27,360 kph) and crosses the equator 14 times a day. They all carry VIIRS.