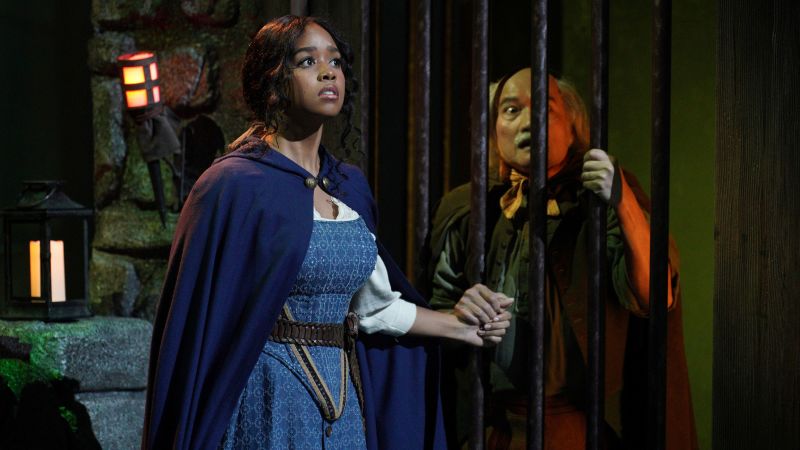 The celebration of the 30th anniversary of the animated classic “Beauty and the Beast” airing on ABC Thursday night was a slow – and sometimes confusing – show: It was a live performance, it was a dance performance and it was a look back at the making of the movie, with parts used from the original film strategically to fill in gaps in the story. Web biting off more than you have to chew? A tale as old as time, you might say.

Luckily, the Center’s live performers and dance numbers brought the show to life in a way that brought the magic of the castle to the stage in a vibrant show that paid more homage to the beloved 1991 film.

The live elements of the show—particularly the exquisite dance pieces, such as those in which performers imitate the movements of the falling petals of an enchanted rose, and popular music numbers such as “Be Our Guest”—could easily have stood on their own and if I had ever wished they could. You are not alone.

Perhaps it’s a testament to the casting – David Alan Grier as the suitably salty Cogsworth, Martin Short as Lumière, Shania Twain as Mrs. Potts – that one can be left wanting more, especially given the hit-and-miss nature of the live shows that I preceded it.

But most of the credit goes to HER, Josh Groban, and the outstanding Joshua Henry in the roles of Belle, Beast, and Gaston, respectively.

The men held their moments without surprising anyone. Groban stood out most in his performance of “If I Can’t Love Her” from the theatrical version of the movie, and Henry showed off his powerful vocal power in “The Mob Song” in a way that makes you wish someone was so smart. Even cast him in the 2017 movie.

But it was HER, who bucked tradition with a The guitar shredding moment at the show’s finale, It brought audiences the risk this show needed to step out of the mighty animated shadow and move Belle into 2022 in a way we deserve more.

If that’s what Disney is inclined to do with upcoming iterations of the princess, be our guest.

See also  Chagall goes to the trash. How is that for Caveat Emptor?