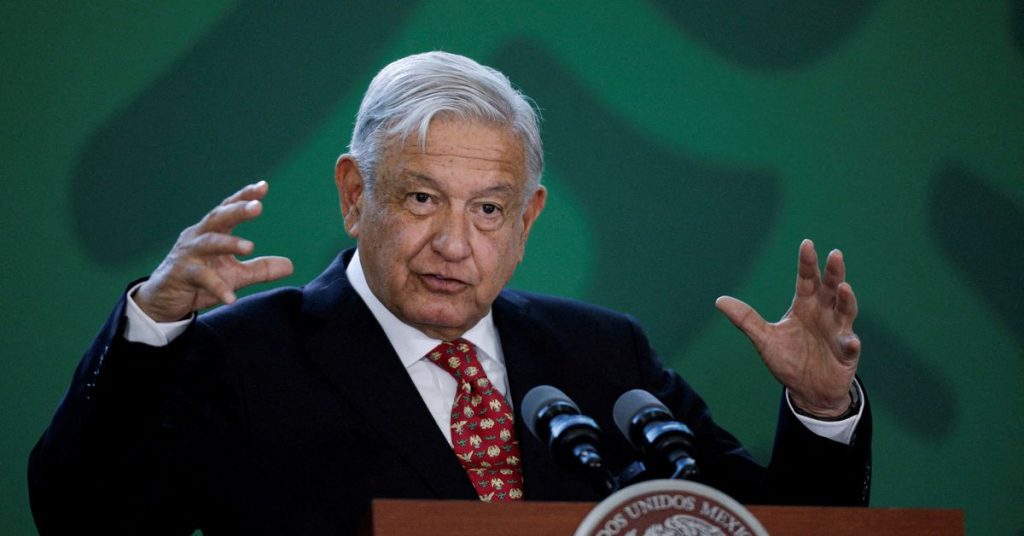 MEXICO CITY (Reuters) – Mexican President Andres Manuel Lopez Obrador said on Saturday that Mexico does not accept Russia’s invasion of Ukraine in a video message issued to coincide with a global event in support of Ukrainian victims of the conflict.

“We do not accept the Russian invasion of Ukraine, because we have suffered from invasions,” Lopez Obrador said, referring to the Spanish, French and American invasions of the Latin American nation.

We support a peaceful solution to the conflict.”

And while Lopez Obrador said on Wednesday he was unable to attend, he promised to release a video “condemning the invasion.”

López Obrador tried to remain neutral in the conflict and refused to impose sanctions on Russia.

While his government backed a UN vote to urge Russia to withdraw its forces from Ukraine, Mexico abstained on Thursday at the United Nations General Assembly (UNGA) on suspending Russia from the UN human rights body.