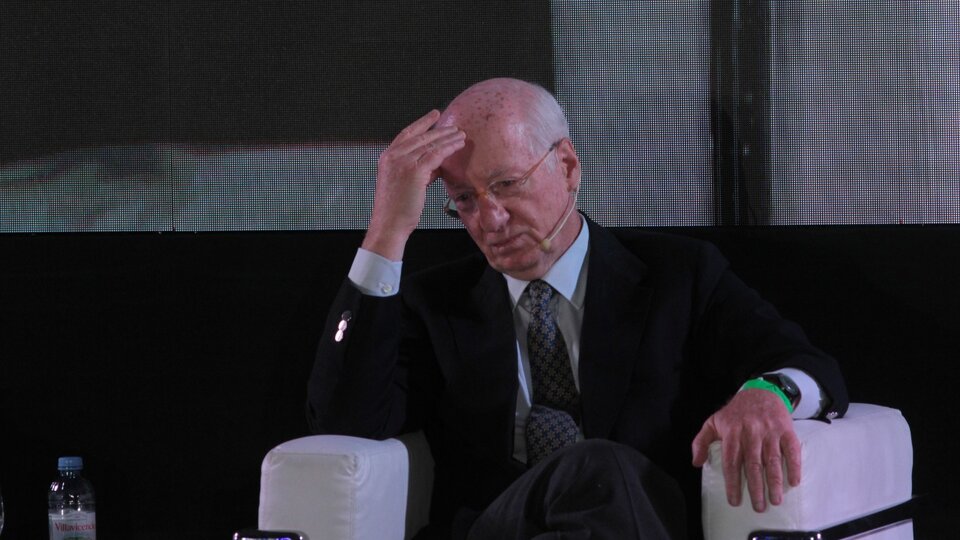 The Greenhouse gas emissions from the world’s 125 richest people They are 50 percent more than Argentina’s total contribution to global warming and equal to the value of a developed country like France with 67 million people. This is one of the results study of Oxfam Called “Carbon Billionaires”, it was released this Monday in the framework of the opening of COP27, the annual conference on climate change in Egypt.

A businessman has been included in the list published by Oxfam Paolo Rocca, Technical Head. Taking into account the Techint Group’s holdings in various companies and the calculation of the greenhouse gas emissions of each of these companies, Oxfam estimates Rocca and his family, through participation in Tecpetrol, Tenaris and TerniumIt emits nearly 9 million tons of CO2eq (equivalent carbon dioxide, the amount used to emit greenhouse gases) annually.

On average, Each billionaire emits 3.1 million tons of CO2eq, which is nearly a million times more than the 2.76 tons emitted annually by the poorest 90 percent of humanity. In Argentina, greenhouse gas (GHG) emissions average 4.02 tons per person per year.

Such is the difference between the world’s rich and mere mortals It’s not just about private jet travel or boat travel. What’s new about the Oxfam study is that the sum of the GHG emissions of the super-rich includes the carbon footprint of the companies they invest their money in, which is ultimately the source of their capital gains.

Warren Buffett It is registered with 3.5 million tons of CO2eq; bill Gateswith 4.8 million tons. Elon Musk, the owner of Tesla, is responsible for 79 thousand tons of CO2eq emissions. Jim Walton Walmart, for discharge of 2.1 million tons; and Alice Walton, from the same chain, for 2.2 million.

To compile these data, Oxfam returned to Bloomberg’s latest billionaires list from last August, and cross-referenced the data with those individuals’ holdings in their major corporate investments. At the same time, he weighed the carbon footprint of the companies involved, according to the billionaire’s share weight. The report was prepared based on the data published by the companies, with international standards in this regard, to measure the carbon emissions of the companies. Greenhouse Gas Protocol.

“The report clearly shows that While responsible for global warming, it’s the size of the disparity between a few people walking into a room and the rest of the world. It also shows how money has roles to support environmentally friendly policies while investing in polluting sectors. There is a discrepancy between what is said and what is done,” he explained Page/12 Oscar SoriaFrom Avaz.

An Oxfam report also warned 14 percent of the investments of the top 125 companies go into the most polluting sectors, such as fossil fuels and cement. This percentage doubles the average recorded by those sectors as recipients of investments, according to the Standard & Poor’s 500 index.

Another model A higher relative weighting of the most polluting investments among the rich: For every million dollar billionaires, 162 tons of CO2eq are emitted each year. By contrast, every million invested in the S&P 500 on Wall Street generates 86 tons of CO2eq.

According to the document, billionaires’ personal consumption can be thousands of times higher in carbon emissions than ordinary citizens, and when the pollution caused by their investments in companies is accounted for, the difference is even greater. is rated as Between 50 and 70 percent of billionaires’ carbon footprint is explained by their corporate investments.

This does not mean that consumption situations are seen as great social achievements when in fact they represent a great inequality in environmental matters. The most obscene case is the new private space planes, A normal person emits more carbon dioxide in a few minutes than in his entire life.

The environmental issue and the intersection of global warming with income and the distribution of wealth cited a work led by Oxfam last year. Stockholm Environment Institute (SEI). That statement revealed The planet’s richest 1 percent, some 63 million people, are responsible for 15 percent of global emissions of greenhouse gases.. “These individuals are emitting 35 times the CO2eq levels consistent with the Paris Agreement’s targets for 2030,” the work states. Similar findings were published by economists Thomas Piketty and Lucas Sanz.

Another study signed Beatrice Barrows and Richard Wilk GHG emissions from 2018 found The energy consumption of private boats, planes and helicopters and the mansions of 20 billionaires produced an average of 8194 tons of CO2eq per person. In contrast, the poorest million people on the planet emit only 1.4 tonnes per year.

When it comes to proposals, Oxfam maintains that “Governments should tax the rich more To more radically reduce inequality and wealth concentration, reduce unsustainably high emissions, and reduce their power and influence over fossil fuel-based economies. This will generate more revenue for countries facing climate disaster. The proceeds will also help move towards a more equitable energy transition.”

The Focus on inequality when analyzing an environmental issue It suggests a different political stance from the dominant discourse in international forums such as the climate change conference currently taking place in Egypt. Inequality compels us to monitor inequality between people and between countries Redistributing the burden to carry out energy conversion, This entails short-term economic costs, for which poorer people or countries face greater relative difficulties in coping with the task.