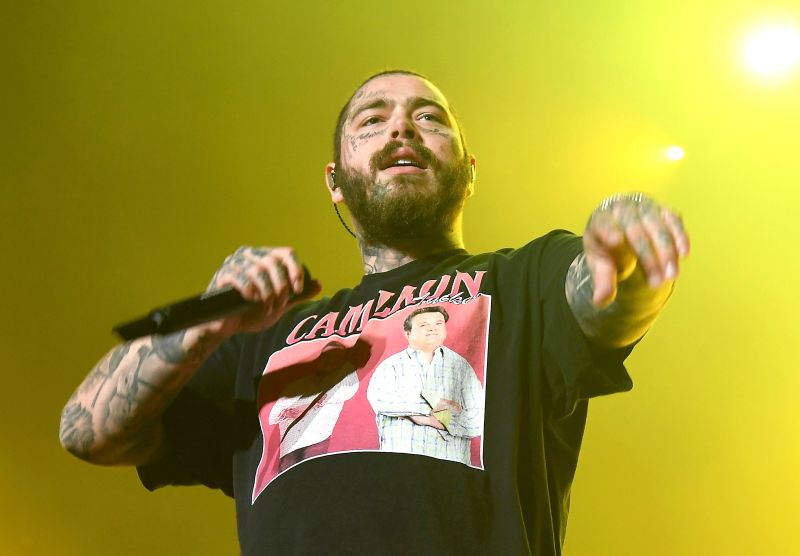 The American singer and songwriter is back in hospital a week after falling on stage in St. Louis, according to a statement. Posted on his Instagram story Saturday evening. He wrote that he was forced to cancel a show he had planned in Boston after experiencing breathing problems and stabbing pains.

“I woke up today to crackling sounds on the right side of my body,” he wrote in the statement. “I felt good last night, but today I feel completely different than I did before.”

He continued, “I have difficulty breathing, and there is a stabbing pain whenever I breathe or move.”

Post Malone said he was back in the hospital and was unable to perform in Boston due to his constant pain.


Last Saturday, the musician fell through an opening onto the stage while performing at the Enterprise Center in St. Louis. He was in palpable pain but ended the concert after a short break; After that, he was diagnosed with bruised ribs in the hospital.

The fall came midway through Post Malone’s “Twelve Carats” tour, in support of his “Twelve Carat Toothache” album. The national tour began in Omaha, Nebraska and will end in November in Los Angeles, According to his website.

On Instagram, Post Malone apologized for canceling the Boston Show, scheduled for the TD Garden Arena and vowed to reschedule the performance.

“I love you so much,” he wrote. “I am horrified, but I promise I will solve this for you.”