Service members of pro-Russian troops drive a tank during clashes between Ukraine and Russia in the Donetsk region. The inscription on the tank: “Russia”. REUTERS/Alexander Ermochenko

Multiple rocket launches have caused several casualties in the Ukrainian city of Sloviansk, which was hit by advancing Russian troops, according to its mayor.

“Massive bombardment of Slavyansk. The greatest of all. Many died and were injured. We have. We are together,” Vadim Liak, the mayor of the city in the east of the country, said on his Telegram account.

In the same message, The mayor assures that the explosion has caused a dozen fires across the city.

Shortly after, Tetyana Ignatchenko, spokeswoman for the Ukrainian administration in the Donetsk region, confirmed the provisional tally of six dead and 15 wounded in reports collected by the Suspilne portal.

Sloviansk is located in the Middle East of the country and is a strategic target in the Donetsk region. About 100,000 people lived there before the outbreak of war on 24 February. 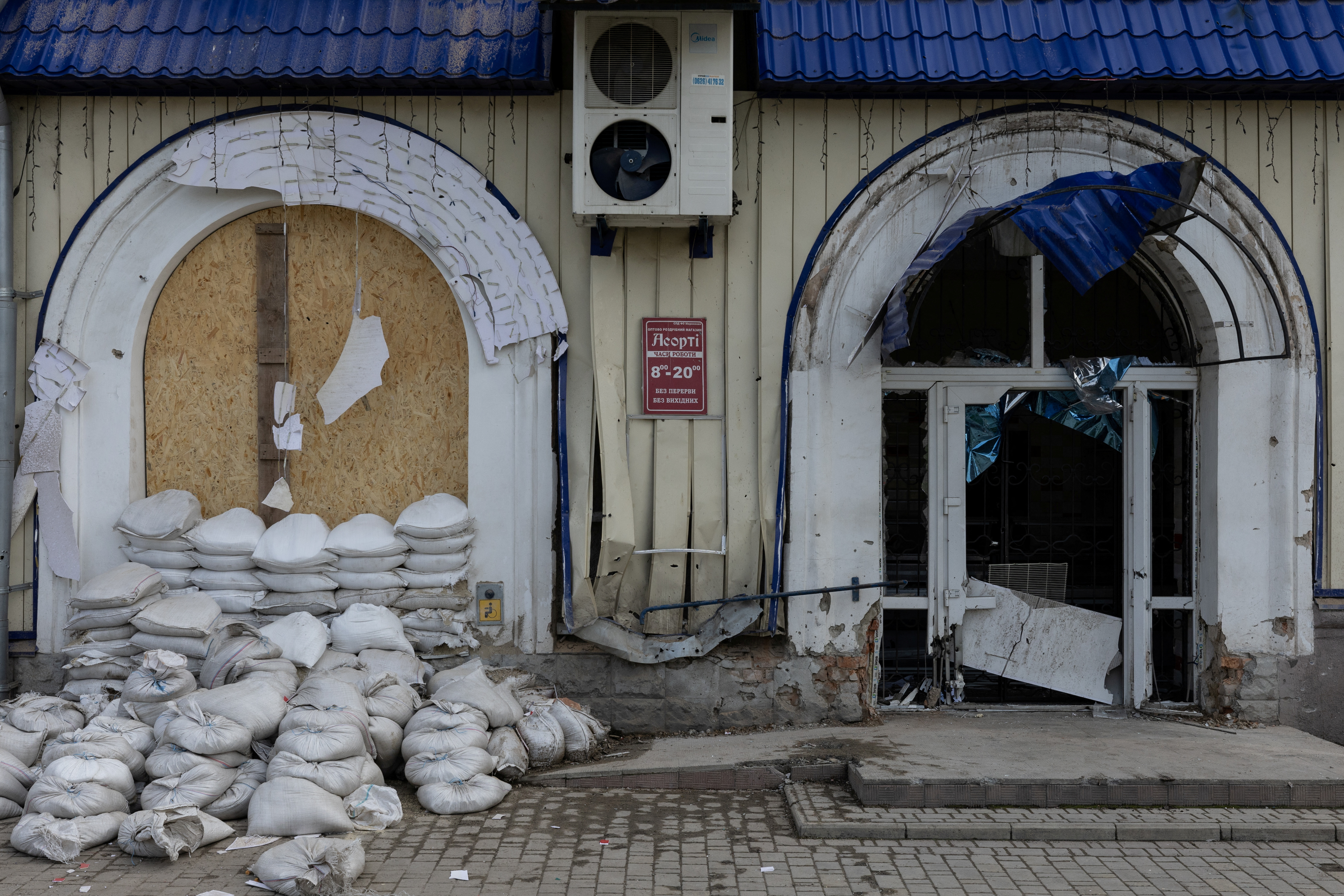 A restaurant in Sloviansk was hit by a cluster bomb. REUTERS/Jorge Silva

This Sunday, in addition, Russia claimed control of the entire Lugansk region, eastern Ukraine, after capturing the main city of Lysizansk after intense fighting. Ukraine acknowledges the Russian advance but vows its troops are still resisting.

On Sunday morning, Luhansk regional governor Serhii Keidai announced that Ukrainian forces were landing in Lysizansk, a town of 100,000.

“The Russians are entrenching themselves in the Lysisansk district, the city is on fire,” Keidai said in a telegram. “They attack the city with indescribably brutal tactics,” he added.

See also  They catch a prisoner who escaped from a prison in Alabama 10 days ago, and the agent who came with him dies

A Lysychansk victory – if confirmed – would allow Russian troops to advance towards Sloviansk and Kramatorsk, and further west, de facto securing control of the region, which had already been partially in the hands of pro-Russian separatists since 2014.

“Fierce fighting continues along the entire front line in Donbass,” he said, adding, “Enemy activity is intensifying in Kharkov region.”

“The shelling continues day and night,” a resident told AFP in the small town of Sivarsk, Donetsk.

According to local authorities in Donetsk, two people – including two children – were killed and three wounded in the attack on the city of Dobropilya.

Zelensky warned against a “sense of relaxation” in many back towns. “The war is not over. “Unfortunately, their cruelty is only increasing in some places and cannot be forgotten.”

In his speech, Zelensky also mentioned the conference on the reconstruction of Ukraine, which will start on Monday in Switzerland. Leaders of more than a dozen countries and international organizations will meet in Lugano with the aim of drawing up a road map for the recovery of the war-torn country.

The road map is expected to lay out the reconstruction needs for destroyed infrastructure, devastated economy and urgent social and environmental recovery.

Reconstruction will cost hundreds of billions of dollars.

Ukraine has revealed that more than 800,000 homes have been damaged or destroyed since Putin launched the invasion.
An unexpected group that dared to challenge Putin