Rescue teams from Hong Kong has launched a search operation for about 30 passengers and crew on board. Saba split in half in the middle of the storm caused by the typhoon.

The Hong Kong Government Aviation Service reported this information Rescuers were dispatched to the scene around 3:30 p.m. on Saturday and up to three people were rescuedAccording to Hong Kong Public Television, RTHK.

3 people were rescued by Hong Kong helicopter. However, communication with the remaining 27 has been cut as they fell into the water.

Survivors recounted They confirmed how they clung to the remains of the ship and other passengers were washed away by the waves. Participating in rescue operations Airplane and two helicoptersas well as the Nanhai Rescue Bureau ship.

The ship was very close The eye of the typhoon is about 300 kilometers from Hong KongThis makes recovery difficult.

Images published by official organizations a A dramatic rescue in the midst of a storm of wind and water.

Cyclone Sabah is formed in the center of the South China Sea The landslide occurred in Guangdong province in the south of the country on Saturday afternoon. 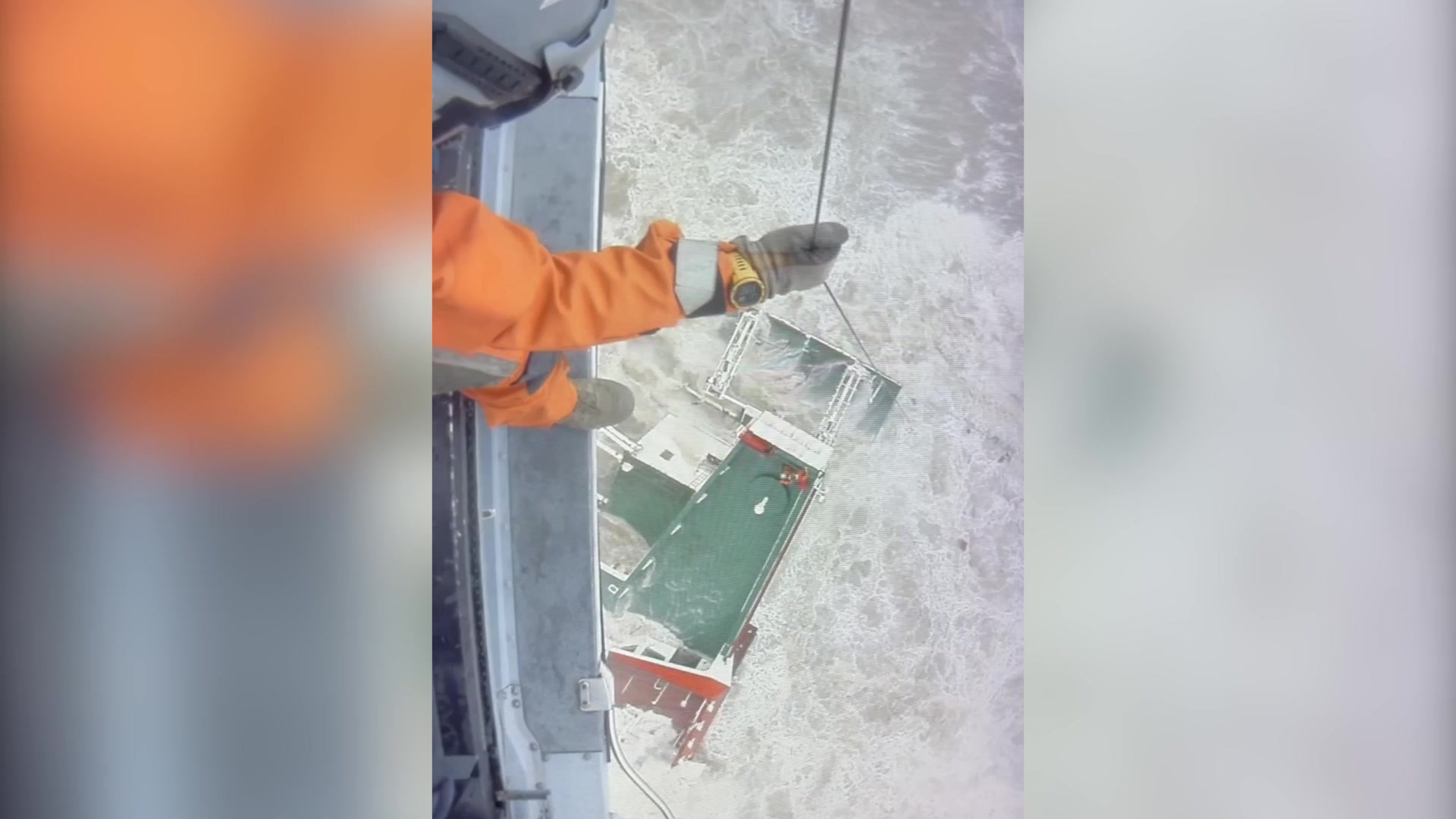 27 people are missing after a boat was split in two by a typhoon in the South China Sea on Saturday, the Hong Kong government’s air support service said.

Wind record where the ship was Officials have mentioned that the speed of 144 kilometers per hour and waves up to ten meters high will blow.

Rescue teams will expand the search area “due to the high number of missing people” and extend operations into the night if weather permits.

Two more helicopters Hong Kong was moving towards the area near the eye of the typhoon.

With information from EuropaPress and AFP

The Chinese government will test everyone arriving from abroad for monkey flu
The North Korean regime has hit out at the G7 for criticizing its weapons programs and vowing to continue strengthening its defense capabilities.
Ukraine cleared Snake Island of weapons and equipment after Russian troops withdrew