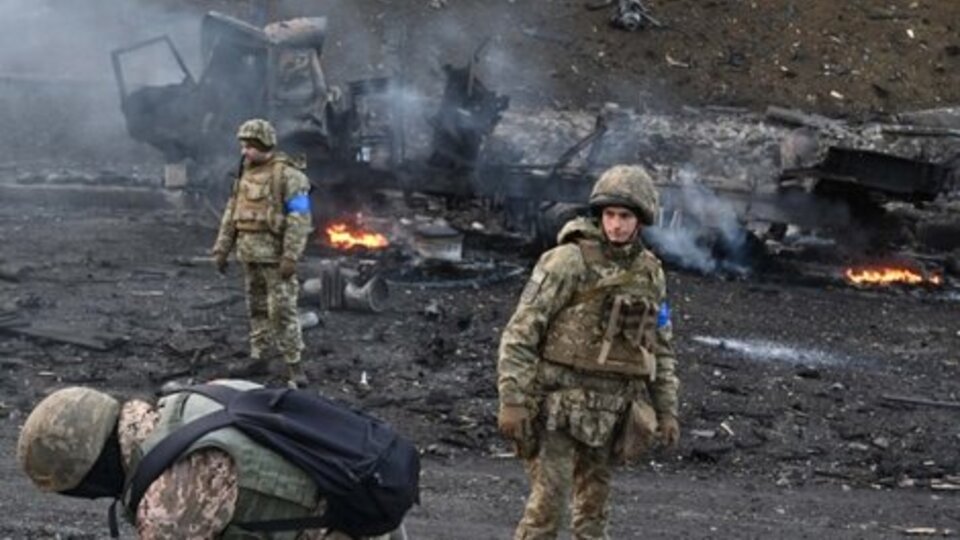 As requested by the International Atomic Energy Agency (IAEA), Russia has guaranteed the visit of more than 60 journalists from various countries to the Zaporizhia nuclear power plant, the Russian Defense Ministry said.

“At the request of the IAEA Secretariat, Zaporizhia confirmed the visit of more than 60 media representatives to the plant, including Russia, France, the United States, China, Denmark, Japan, Germany, Turkey, Qatar, the United Arab Emirates, South Korea, Vietnam and others, to cover the work at the plant. A report collected by Sputnik says.

According to the ministry, the Ukrainian media and those from other countries, which would have accompanied IAEA experts to the nuclear power plant last Thursday, were not on the agreed list of missions.

“According to the detailed and agreed documents, the access to the Russian-controlled area of ​​the Zaporizhia region will be carried out strictly on the basis of the lists previously sent by the United Nations Department of Defense and Security to the Russian Ministry of Defense. He emphasizes.

“In accordance with the security protocol of the Mission’s work, all unauthorized persons, when they tried to cross the border line along with the IAEA caravan, were intercepted and not allowed to pass,” the ministry recalled.

An IAEA delegation led by its director general, Argentine Rafael Grossi, arrived at the plant on Thursday and toured key areas it planned to inspect, where they showed areas damaged by shelling by Ukrainian troops, according to the Russian version. (Kiev maintains to the contrary).

Grossi said the IAEA would maintain a permanent presence at the plant.

The Zaporizhia nuclear power plant, Europe’s largest, is located in southeastern Ukraine near the city of Energodar and has been under the control of the Russian military since March.

Over the past few weeks, Russia and Ukraine have accused each other of bombing the plant’s facilities.

Moscow accuses its military presence at the plant of trying to prevent a leak of nuclear and radioactive material.

Russia blames West for Europe’s energy crisis, warning it will be “worse in winter”.

The Russian government warned today that the energy crisis in the European Union (EU) will be “worse during the winter” and blamed politicians for imposing economic sanctions against Russia in response to the military invasion in Ukraine, a former prime minister shared. Matteo Salvini of Italy.

“It is the fault of the politicians who decided on the bans, the unfortunate politicians who see their fellow citizens die of heart attacks after seeing the electricity bill. The situation will worsen in winter,” he said.

The Kremlin representative said Gazprom had built “its reputation as a reliable supplier over decades” and was “firmly convinced that it has done nothing to undermine it”.

Pesco’s statement on the ineffectiveness of sanctions was shared by Matteo Salvini, leader of Italy’s far-right La Liga party and former prime minister, who argued that “months have passed and people are paying double or quadruple”. “The war continues and Russia’s coffers are full of cash,” Italian media RTL and AFP news agency reported.

Former Russian President Dmitry Medvedev on Sunday accused Germany of waging a “hybrid war” against Russia, justifying cutting off gas supplies to Berlin for its “unfriendly” behavior amid the Ukraine conflict.

The comments come at a time when relations between Germany and Russia have been further strained by the conflict in Ukraine, after Moscow cut off gas supplies to Berlin via the Nord Stream pipeline.

“Russia is no longer a reliable energy supplier,’ German Chancellor Olaf Scholz said. First, Germany is an unfriendly country, and secondly it has imposed economic sanctions against the entire Russian economy (…) and supplies Ukraine with dangerous weapons. ,” Medvedev said in a message on Telegram. .

See also  Christmas 2022: How to Create a Rich Vital Tone

“In other words, it has declared a hybrid war against Russia. Germany is behaving as Russia’s enemy,” he added.

On Friday, Russian gas company Gazprom officially announced a total shutdown of supplies through the Nord Stream gas pipeline after it discovered a leak in a turbine.

Europeans supporting Ukraine against Russian aggression believe Moscow is using this pretext to threaten them with energy as winter approaches.

Russia defends itself against criticism for cutting off gas to Europe

Russia justified the gas cut this Sunday He explained the move in the face of criticism from the European Union (EU) over the Nord Stream gas pipeline to Europe It has its origins in Western taboos and practicesIt warned that hydrocarbon prices could rise further.

The Russian Gas Federation announced on Friday that it would completely stop sending gas to Europe via Germany. An oil spill found in a turbine The only compressor station still in operation is what the EU called “misleading” and further evidence that Russia is not a reliable supplier.

“Gazprom has earned its reputation as a reliable guarantor of energy security and reliable supplier for decades. And we firmly believe that Gazprom has not taken a single step that could shake this reputation,” Peskov said. “If the Europeans make a completely ridiculous decision, they refuse to repair their equipmentOr rather, the equipment belongs to Gazprom, but according to the contract, they have to repair, This is not Gazprom’s faultIt’s the fault of the politicians who decided on sanctions,” he said.

“It is these unfortunate politicians who are now forced to die of heart attacks just by looking at their electricity bills. (…) Now, when it gets colder, the situation will get worse,” the Russian spokesman predicted.

Novak, for his part, expressed himself in similar terms, saying that “all conditions of the repair contract have been completely violated” and “the conditions of transportation of this equipment have been violated.”

“Both Canada and the European Union have imposed economic sanctions on the relevant group, so the group must align (their actions) with the terms of the agreement in order to continue functioning,” he said. One of the turbines, repaired by Siemens at its facilities in Canada, was able to return to Germany despite the sanctions, but from there it has yet to reach Russia because Moscow requires legal guarantees that the device is not under restrictions.

Both Novak and Peskov said that “it is possible” that there will be a new increase in gas prices EU policies in Europe will lead to the “collapse” of the energy market in the old continent, according to him. “Myopic politics is leading to the fact that we are seeing a collapse in Europe’s energy markets. This is not the limit, because we are still in the warm season, we still have winter, and there are many unpredictable things.” Novak warned..

Russia accused Ukraine of attempting to attack eight drones this Saturday at the Ukrainian nuclear power plant Zaporizhia, which has been controlled by Russian forces since early March.

According to Konashenko, the drones were “intercepted by Russian electronic warfare equipment” and then grenades were dropped in desert areas within a mile of the nuclear plant’s perimeter.