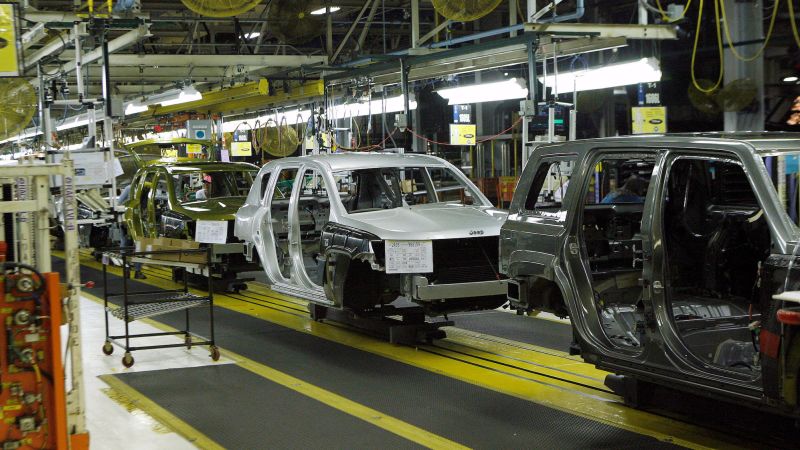 Stellantis is closing its Illinois plant in February, resulting in indefinite layoffs of 1,350 employees, the company said in a statement, citing increasing costs in the electric vehicle market.

“Our industry has been negatively affected by many factors such as the ongoing COVID-19 pandemic and global microchip shortage, but the most impactful challenge is the increasing cost related to electrification of the automotive market,” Stellantis said in a statement. The company said it was taking steps to “stabilize production” and “improve efficiency” at its North American facilities.

The European automaker said it would “discontinue” the Belvedere, Illinois assembly plant on February 23, and said layoffs are expected to take more than six months. Stellantis, the parent company of Chrysler, Dodge and Jeep, said it will “make every effort” to place the laid-off employees into vacant positions and is looking for other opportunities to rehire the Belvidere plant.

The International Auto Workers’ Federation said on Facebook that it was “deeply outraged” by the decision. Group chairman Ray Carey said it was “unacceptable” that Stellantis would not allocate new products to the plant.

The Illinois plant builds the Jeep Cherokee and will continue to manufacture the vehicle until the plant closes, but the company had no comment about the future of this make and model.

“This is an important vehicle in the lineup, and we remain committed to the midsize SUV segment for the long term,” Jodi Tenson, a spokeswoman for Stellants, said in a statement.

In October, the company said its joint venture that produces Jeeps in China is bankruptcy application.

This past July, Stellantis filed a $35.5 billion commitment for electric cars by the end of 2025 to expand its portfolio. CEO Carlos Tavares said the company planned for 70% of its European sales and 40% of its sales in the US to be either all-electric cars or plug-in hybrids within four years.