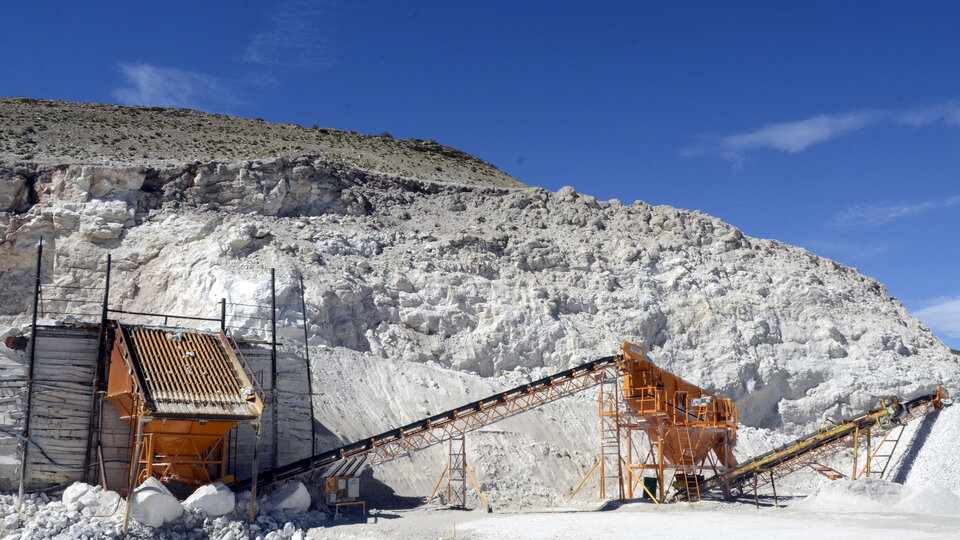 “We have to consider Lithium as a strategic resource“, President Alberto Fernández slipped publicly for the first time in an essay during his tour of New York a month ago. The statement went unnoticed by the public – students and the traditional New York University community of The New School – but it turns out to be an important and complex issue (if not) for the economic development of the country. .

Unlike neighboring Bolivia and Chile in the famed Lithium Triangle, which amass 58 percent of the world’s mineral reserves, Argentina has a federal regime to regulate and promote mining operations. Provinces have the power to control and grant concessions over mining resources Explore and exploit them, meanwhile The nation derives most of its tax resources function and Production principle and scientific and technological tools.

“This It is politically impossible for the regime to change the privileges derived from the provinces’ original domain over natural resources. Recognized by the 1994 Constitution. “The challenge is to coordinate policies between different levels of government to address tensions and inequalities,” says a paper published by the think tank. detected A product of specific research on the subject. It wouldn’t be the first time the president took an absolute stand on an issue that would later gain traction. They never heard back from the government, nor did they allege that there was a plan.

The work carried out by Fundar team researchers Carlos Freytes, Martín Obaya and Víctor Delbuono highlights three main tensions arising from mining governance regimes to implement productive development policies around lithium: Division of responsibilities between national and provincial levels; The The focus of science and technology policy on the most developed links in the value chain and the current production reality of lithium in the country; and rule Socio-ecology Lithium.

Provinces have conditions within their jurisdiction that require companies to access exploitation rights over resources. “Hiring workers and local purchasing within each province’s borders creates entry barriers for firms from other provinces and creates scale problems for the development of suppliers with more complex production and technical capabilities,” they say from Fundar.

On the other hand, the tax system of lithium mining, which is concentrated in the nation, can be a source of finance to improve capacities, but lacks progressive tools to tax income or abnormal prices. The Mining Investment Act establishes a limit on provincial collections, while taxes collected by the nation on activity are not specifically allocated, limiting their relationship to productivity development policies. For example, in the case of Chile, part of the revenue from lithium mining is used to finance R&D activities to process and transform the resource.

“Most human and budgetary resources Science and Technology (through Konizet and the I+D+i Agency) focuses on the downstream sector, for example on the development of lithium-ion battery technology. “This is a sector with significant financial, technical and commercial barriers to the entry of Argentine companies,” says the Fundar document. Such as the development of more sustainable production methods, the impact on the hydrological balance of salt flats or the management of socio-ecological demands.

Deserves a separate paragraph Environmental imbalances Formed by excessive consumption of water in extremely dry regions. “Argentina is the fourth country with the highest number of mining socio-environmental conflicts after Mexico, Chile and Peru. In total, more than 50% of mining projects have been canceled or temporarily suspended due to social opposition,” they say from Fundar.

In a special document on this specific topic prepared by Fundar María Victoria Arias Mahiques researchers, Malena Galuccio and Carlos Freytes, they affirm that there is no uniform strategy in managing its resources. Free, Prior and Informed Consultation (FPIC), the Environmental Impact Assessment process (EIA) and its effective implementation “bridge the gaps between different jurisdictions” with the process of public participation and their articulation events.

“Consent of EIA is coordinated with mining companies as a means of negotiating the terms of their operationsGoods, services and provincial employment contract etc”, he assures. The other important axis in this sense is the relationship with the indigenous communities and people. The mining activity of the high Andean ecosystems overlaps with the local used and occupied territories. Population 10,000 years ago.