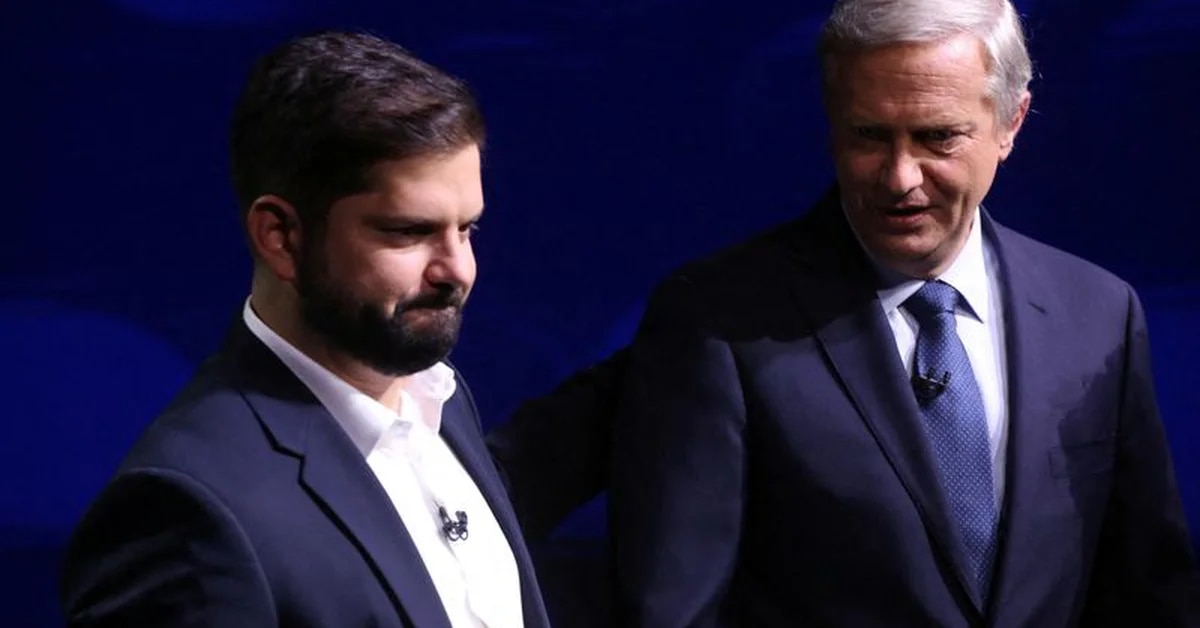 The linguist and philosopher George Lagoff called it the Political Center Became “conceptual”, That is, the vast majority of politicians around the world are looking for such people who are “conservative in some aspects of life and progressive in others.” “Promise to build bridges even where there are no rivers” (Comment by Nikita Khrushchev). They know that to win any election, especially in the second round with two options, you have to catch the votes between those churches. The formula has not been ignored by serious candidates vying for the presidency of Chile this Sunday. They went to the point of absurdity to show more restraint. This is a great attempt to prove the dictatorship of Pinochet and to allies of the Communist Party. Like all of their nations, they come from large antipodes, such as those between the Atacama Desert and the Patagonian Forest.

Jose Antonio Cast, the Republican who won the first round of the November 21 election, is an extreme right-wing Pinochetist who has not thought much about the assassinations of 17 years of dictatorship. He presents himself as a “law and order” candidate in the style of Bolsanaro or Philippine Today., And is waging a Trump-style cultural war against feminists and LGBTQ + communities. His rival was Gabriel Borick, from a coalition between the Broad Front and the Communist Party. Discovered the benefits of economic growth and wealth redistribution Achieved by the center-left concert that ruled 24 of the 30 years of democracy. He called the winners “heartless technologists.” Moreover, he proposed a general amnesty for those who committed serious crimes during the protests at the end of 2019, which he has now set aside. And he even had to make a pyro in the air to avoid getting caught Statement issued by Nicaraguan President Daniel Ortega congratulating his Communist allies, For his latest election farce.

The cast represents the Cilians They fear that the “stability” and economic growth they have achieved so far will be destroyed Alternating between center-left and center-right power. Boric is the standard for those who are angry. They took to the streets to fight violently, oppressed by the legacy of the Pinochet dictatorship. Those who still hate the old stagnation and the clergy community who hold power in many fields. Both senses are not just for Chileans, with nuances, Those expressions are reproduced almost everywhere in the world. Epidemic, uncertainty, and economic conditions feed it.

Cost, at the end of the campaign. He demonstrates the dictatorship of General Pinochet and wants to build a ditch in the north of the country to prevent undocumented immigrants from entering. REUTERS / Evan Alvarado

Reached after the polarization condition It was a resounding defeat of all the forces of that center that had ruled until then Beyond that he sometimes leaned to one side, then leaned to the other after a while, but never seriously. In the first round, he was the candidate of the Coalition of Socialists and Christian Democrats, which until recently wonAsna Provoste received 11.6% of the vote. Sebastian Chichel of the ruling coalition with Sebastian Pinera, 12.7%. They say they are the main reason for what has happened in the last three decades, and although they have been updated, these two options have been crushed by the majority. They are not capable of solving basic problems.

When millions of people took to the streets at the end of 2019 demanding reforms in the unequal system, it seems like everything is reading that every sector has created riots. The moderate left has forgotten that it has ruled for more than two decadessy even over-played. They said that these struggles took place because they postponed change without taking into account the simultaneous tearing down of the overall social structure that they had achieved together. They forgot about the middle class who had tripled their income in those years and the loans and mortgages that allowed them to buy a car or house for 30 years. They were able to send their children to university even though they were still paid more in the education system. That makes no sense The same system has made many Chileans heavily indebted, with no access to quality health care and no chance of retirement., But it diminished very little, and the country made undeniable progress. Denying it, as the center-left did, is not only historically wrong, but also politically suicidal. It makes little sense to say that one person is responsible for the problems that affect the population and then come forward to solve them.Former Chilean finance minister and current dean of the School of Public Policy at the London School of Economics wrote for the Andres Velasco Project Syndicate.

Another element is that 34 killed and hundreds wounded, center-left does not condemn unleashed violence. This led to severe disruptions after large concentrations of people who lost their jobs or could not go to work and small businesses burned their premises, turning upside down. Search for lost order. The same thing happened in Araucania, where groups of people who identified themselves as Mapuche mingled with the descendants of the original people. Committed a series of crimes. There, in that region, the cast has received more votes than the big cities. Eventually, it led many to vote for the far right Fear of nationalization of AFJP, Chileans still hold $ 170,000 million in private pension accounts.

Boric at the end of his campaign in Santiago. These polls suggest he is the second round winner of this presidential election. REUTERS / Rodrigo Garrido

Right-wingers in government have also handed over to Castillo a large group of its voters who have been plagued by economic mismanagement and contagion for the past two years. Lack of resolution to stop the advancement of extremist groups in Araucania. This greatly angered those who longed for a dictatorship that was integrated with “civilized” and more democratic rights. Of course, the cast is not shy away from exaggerating in this context Torture and murderer sentenced to 650 years in prison for crimes against humanity in prison went to see former Brigadier Miguel Grosnoff. “I do not believe everything that is said about him,” Cast promised. He added, Pinochet “would have voted for me if he had been alive.” The center-right had a very shy approach to these expressions.

Anyway, considering all this, it seems somewhat redundant Only 47.74% of those so qualified went to the polls in the first round. More than half the voters want to stay home. They don’t care what happens. They think that none of the candidates represented themselves or were excited enough to pull themselves out of their chairs. “There is not enough representation for one or the other alternative to establish a legitimate character that will allow democratic rule”. Angela Erbel, political analyst at Heinrich Böll Stiftung, explains.

A polling station in Valparaiso in the first round of this presidential election. The main thing, however, is that more than 50% of those who do not vote are in Chile. REUTERS / Rodrigo Garrido

Years, Chile failed to get even half of the nearly 15 million voters. It was 49.3% in the 2013 presidential election and 46.7% in 2017. Even with great anticipation that there would be a referendum for the October 2020 Constituent Assembly, it foretold a massive turnout. Epidemic, it managed to summon only 50.9%, down from 41.5% in the May 2021 hereditary election. Democracy has changed its centers of attraction and there are no electoral alternatives that can read this change, Because it was written with other stories ”, Erbel analyzes. “Many thought that social and political explosions would be a victory for the progressive and revolutionary sectors that had been a safe campaign, but in the end it was not. Y This allowed for the rise of the right to demonstrate Pinochetism and we believe it has already been sidelined.”.

This is the context in which the Chilean people are going to vote today. All the polls confirm that Borik will be the winner in the end. But we already know that methods of measuring the purpose of voting are failing worldwide. Everything is as unpredictable and intense as the geography of Chile.

Lucia Hiriard, widow of Chilean dictator Augusto Pinochet, has died at the age of 99.
Voting in Chile: How Cast and Borick will close the campaign in Santiago
The outcome of the anti-doping test was the culmination of a presidential debate in Chile