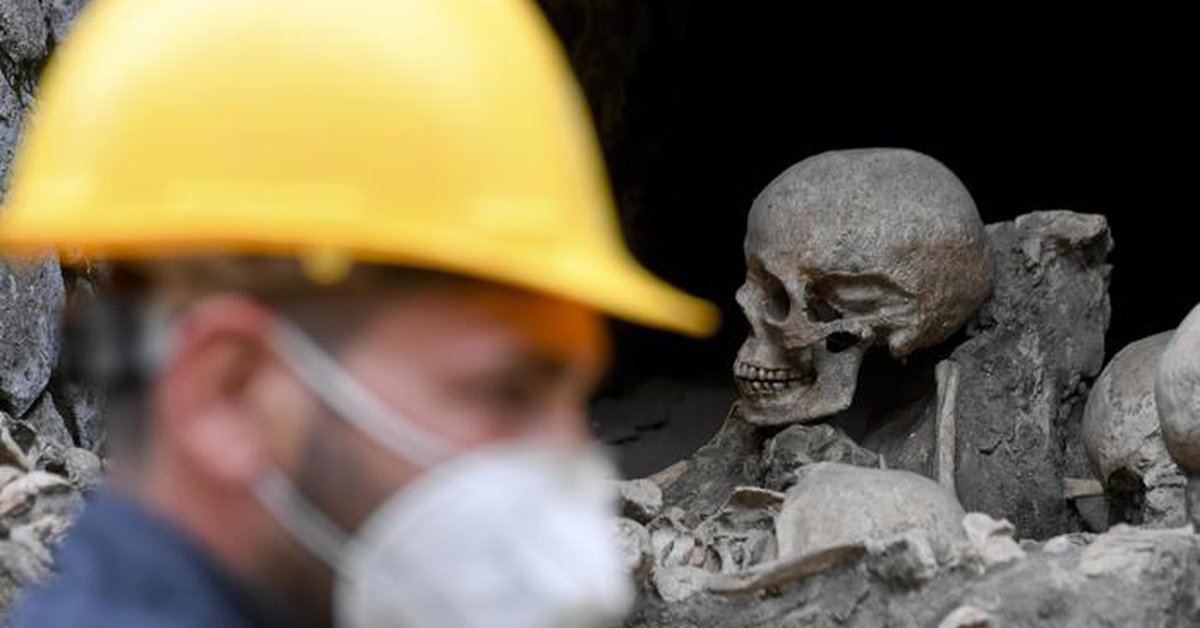 A skeleton found in the ancient Roman city of Herculaneum was destroyed 2,000 years ago by the eruption of Mount Vesuvius, similar to that of neighboring Pompeii. Can provide new information about the disasterThe Italian expert said Friday.

The remains of a man aged 40-45, Found under the meter of the volcanic rock, Herculaneum was once a sea line before the eruption of Vesuvius in 79 AD

Corpse He looked down at his face, looked at the floor, probably saw death in front of him, The director of the Herculaneum Archaeological Park, who was surprised by the molten lava that buried the city, told the Italian company. Ansa.

“It could have been a defender”Recommended by Francesco Chirano.

Due to the condition of the corpse, which is located very close to the sea, it is believed that it was almost saved from the catastrophe that devastated the cities near Naples.

When Vesuvius erupted, the Navy, commanded by writer and military veteran Pliny the Elder, came to the rescue. Although he died on shore, The sailors are believed to have evacuated hundreds of survivors.

The skeleton belongs to one of the “fugitives” trying to reach the rescue boats.. “May be the last and unfortunate of a group he managed to escape”Chirano said.

The skeleton was covered with charred wood debris, including a beam affecting its head. Their bones are bright red, probably with blood marks Since the victim was absorbed into the volcano.

The remains of a 40-45 year old man were found under a meter of volcanic rock.

Archaeologists They found remnants of fabrics and metal objects, and perhaps personal items such as a bag. Work tools, a weapon or coins, the director of the archeological park guessed.

See also  Brazilian Cardinal Claudio Humes has died A spokesman for the indigenous people, he was a major promoter of Bergoglio's election as pope.

Other human remains have been found in the area over the past decades, Including a skull that some people imagine for Pliny, but this latest discovery can still be explored with modern techniques.

“Today we have the opportunity to understand more”, Chirano said.

The skeleton was covered with the remains of burnt wood,

Researchers believe that The temperature in Herculaneum reached 500 degrees, sufficient to evaporate the soft tissues. In an event not yet properly understood, the temperature then dropped, allowing the residue to be kept in good condition.

Smaller and lesser known than Pompeii, Herculaneum was a rich city with very elegant architecture. It is known to have been buried and preserved in the ashes of the eruption of Vesuvius on August 24, 79 AD. C

Many of its people are believed to have died due to the pyroclastic flow of the eruption.. As the city was closer to the volcano than Pompeii, the victims immediately turned into burnt skeletons.

The remains of victims of the Vesuvius eruption showed significant differences in the diets of men and women in ancient times.
Volcanoes Warning: These are the 10 most dangerous in the world
Archaeologists have unearthed a tomb with a mummy body in Pompeii: The Mystery of Marcus Venerius