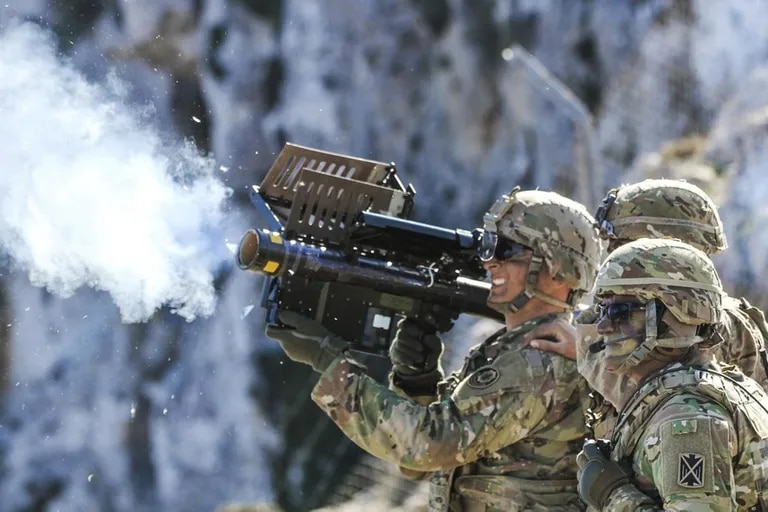 From the beginning Russian invasion of UkraineThe number has not yet been determined Russian helicopters and planes There was war Destroyed by Ukrainian forces By using The Stinger missile strikes the sky from the surfaceWell known in the wars of the last 40 years.

Accordingly Images spread these daysExperts have confirmed that the Russian plane that crashed was hit by Stinger missiles. A portable guide missile Can be thrown off a soldier’s shoulder, that is He made his military debut in the Falklands War.

Secretary of Defense of the United Kingdom, Ben WallaceConfirmed to BBC What Provided by the West “Thousands” of NLAWS anti-tank missiles and “Over a thousand” Stingers missiles To the Ukrainian security forces. German government It also said it would supply Ukraine with 1,000 anti-tank missiles and 500 Stinger missiles in an emergency.

With this type of conventional weapons, the military Ukraine seems to be retreatingOr at least slowly, Progress of the Invasion Forces Ordered by him President of the Russian Federation, Vladimir Putin.

A simple old-fashioned hand-held missile that became a headache for one of the most powerful forces in the world.

Technically known FIM-92 StingerThe explosive has many updates, but basically It is a surface-to-air missile designed by the United States. Entered service in 1981, early 1970s.

Projectile Thrown from a soldier’s shoulderWith the help of an ally, he is guided by an infrared tracker to hit the target. Can hit the target at a distance of 5 km.

Stinger missiles They weigh 10 kg With a full launcher they can weigh over 15 kg. They can reach speeds of up to 700 meters per second Or Mac 2.2. It is currently in the arsenal of twenty Armed Forces around the world and in light of historical events, it A bargain between the members of the North Atlantic Treaty Organization (NATO).

What is the paradox Stinger missiles are not new to the Russians: This is a weapon used by Afghanistan, provided by the US government Soviet invasion of Afghanistan (1979-1989).

500 and 1,000 Stinger missiles Afghanistan was handed over to the Mujahideen by the CIA in 1986 To fight the forces of the then Soviet Socialist Republics (USSR). With them More than 200 Russian planes were shot down And was able to reinforce the notion of Afghanistan as the “tomb of empires”.

But the war of American Stinger missiles was introduced 1982 Falkland WarAccording to military historians. It was used by the British forces of the Special Air Service (SAS, its abbreviation in English) Against an Argentine Air Force aircraft.

At the time, this missile was very innovative: There is no classic rocket launcher like this பசூக்கா American or Panzerschreck German used by the Nazis in World War IIBut the guided missile is the missile.

According to the chronology of the war, Stingers shoot down two Argentine planes: one plane and one helicopter. On May 21, 1982, a Bukhara was intercepted by Stinger.

According to the book The unseen war Historian and journalist Marcelo LarguviAn SAS patrol, hidden in Mount Sussex, during the British landing in the San Carlos Strait Stinger fired a missile at Captain Jorge Benitez’s Bukhara When flying at an altitude of 150 meters. The plane was shot down, Benitez He was evacuated before the accident and saved his life.

As the site has published MercopressWith years Can be confirmed What A Stinger missile fired by SAS forces also shot down an Argentine Puma AE 508 helicopter flying over Captain Pedro O’Brien.North of Mount Kent, May 30 of that year, 9 to 10 p.m.

After the impact of the fall and fire, Six Argentine militants were killed Belonging to Scorpion SquadSpecial forces of the National Gendermary were stationed at Malvinas.