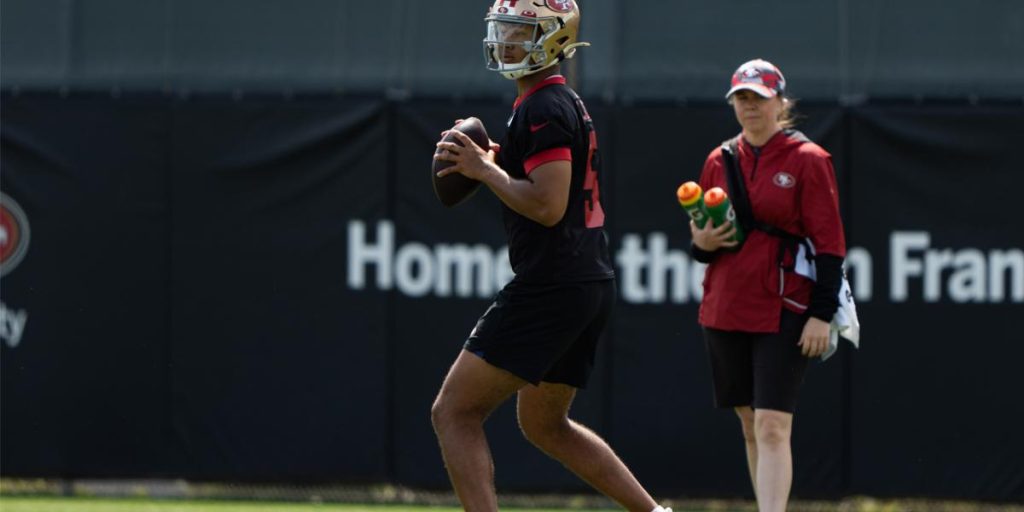 However, before Monday, he hadn’t thrown more than one interception during any training.

That changed when he was intercepted three times in the 49ers’ first practice since returning from Minnesota, including his first two pass attempts of the day. Both throws sailed high and veered.

Cornerback Emmanuel Moseley is back in training after missing two weeks with a hamstring injury. He veered one of Talanoa Huvanga’s chosen passes.

Then Mosley intercepted a pass that was high and out of Samuel’s hands.

“It felt great,” Mosley said of his return to practice. “I’ve been out in the last couple of weeks. That’s bad. You never want to go out but I know when I get back there, I need to do some touching plays and I encourage the guys to move on.”

Linebacker Fred Warner collected Lance’s third interception, stepping in front of Samuel in the middle of the field.

Lance wrapped up the day with five finishes in his last six attempts. Complete nine of 16 pass attempts in practice.

The 49ers are back in training after playing Saturday night against the Minnesota Vikings. The club is set to train again on Tuesday morning before departing for Houston for Thursday’s pre-season final game against Texas.

In other practice notes. . .

Defensive end Nick Bossa has been suspended from practice. He was seen with a sleeve in his left leg.

—Left guard Jason Boe, a Mercer rookie, had a tough game against the Minnesota Vikings on Saturday and looks like he’s getting a closer look at the coaching staff.

Related: Can the engagement be excluded from the last 49 players list of 53 men?

Newly signed safety Tashaun Gipson was on the training ground for the first time. He brought down what could have been an interception for Nate Sudfeld’s pass.