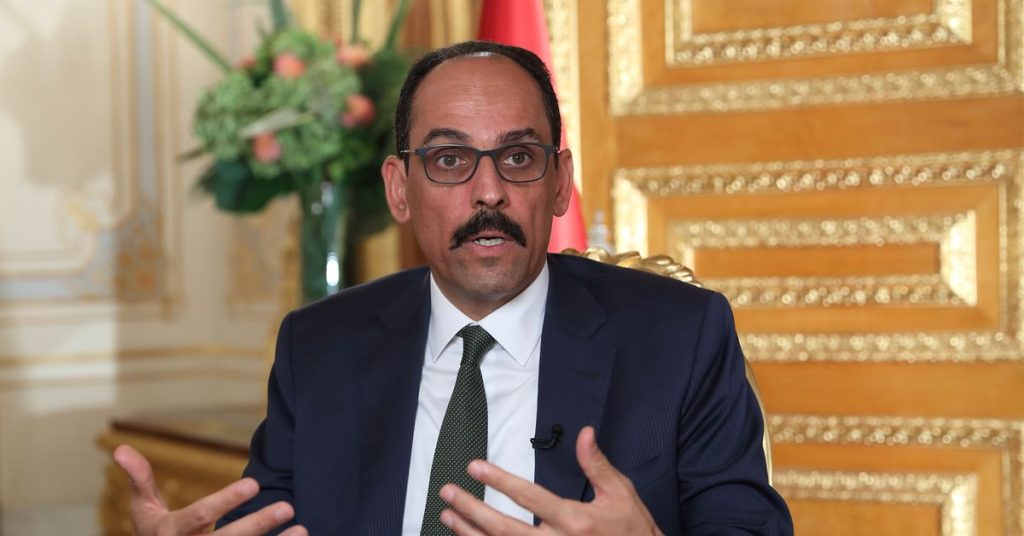 DOHA (Reuters) – Turkey and other countries should hold talks with Russia to help end the war in Ukraine, a Turkish presidential spokesman said on Sunday, adding that Kyiv needed more support to defend itself.

NATO member Turkey has good relations with both Russia and Ukraine and has sought to mediate in the month-old conflict.

“If everyone burns bridges with Russia, who will talk to them at the end of the day,” Ibrahim Kalin said at the Doha International Forum.

“Ukrainians need support by all possible means so that they can defend themselves … but the Russian issue must be heard one way or another” so that its complaints can be understood if they are not justified, Kalin added.

Ukrainian President Volodymyr Zelensky has urged the West to give his country tanks, planes and missiles to repel Russian forces. The West responded to the Russian invasion by imposing sweeping economic sanctions on Moscow. Read more

Ankara says the Russian invasion is unacceptable, but it opposes Western sanctions in principle and has not joined them.

The Turkish economy, already strained by a currency crisis in December, relies heavily on Russian energy, trade and tourism, and since the war began on February 24, thousands of Russians have arrived in Turkey, viewing it as a safe haven from sanctions.

Separately, Ahmet Burak Dalioglu, head of the Turkish Investment Office, said at the forum that some Russian companies are moving their operations to Turkey.

See also  The Russian teacher rejected the Kremlin's propaganda, then paid the price

In response to a question in one of the committees about Turkey doing business with anyone who could be useful to President Vladimir Putin, he said: “We do not target, we do not chase, we do not seek any investment or capital with a question mark on it.”

Western governments have targeted Abramovich and many other Russian oligarchs with sanctions as they seek to isolate Putin and his allies over Moscow’s invasion of Ukraine.