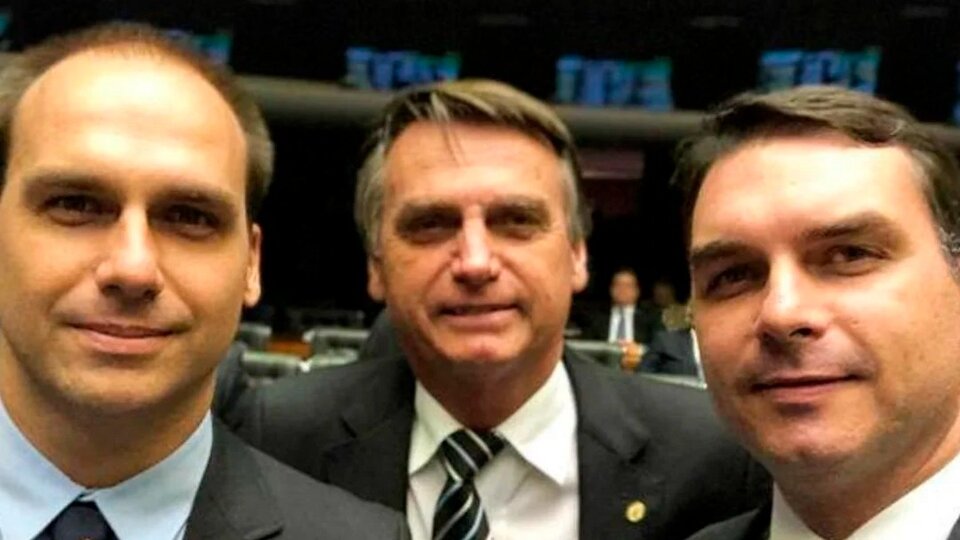 With the visit of the President-elect Luis Inacio Lula da Silva On to Brasilia Bolsonaro clan, made up of the president and his progeny, was left politically isolated and likely to retreat. Also, members of the group leaving the government in January gave signs of that They can move to Italy.

Lula began working on the change This Thursday morning, at the headquarters of the interim government, a few kilometers from the Alvorada Palace, residence Jair Bolsonaro He has been restricted since his defeat in the October 30 polls.

From then on, the official agenda recorded less than five hours of engagements at Planaldo Palace, the seat of government.

On the other hand, Lula, who is de facto an acting president, held four hours of high-level meetings with congressional and judiciary leaders on his second day in Brasilia.

Hours before Lula arrived in the capital, The President’s two sons, Senator Flavio and Deputy EduardoUnexpectedly showed up in Embassy of Italy They should be requested to be provided Citizenship.

The press asked Flavio if he had in mind to leave (escape?) the country, to which he angrily replied, “That hypothesis is ridiculous.”

“I am a senator of the republic and I intend to run for re-election in 2026,” he charged, exaggerating his determination to stay in his country beyond his father’s defeat in his re-election bid.

Flavio and Eduardo appeared in person at the offices of the Diplomatic Mission, an architectural jewel designed by engineer Pier Luiggi Nervi, located in the southern part of Brazil, near Lake Paranova.

After Lula’s victory, the Bolsonaros practically disappeared from palaces and social networks.

The president gave a speech of less than three minutes, ignoring Lula’s victory, and then released a statement on social media congratulating Vice President-elect Geraldo Alcmin. of power.

There was no news from the Alvorada home this Thursday, where fewer journalists are on duty each day.

In return, dozens of journalists accompanied Lula’s schedule In his brand new office Cultural Center of the Bank of Brazil, Until then your base of operations will be Opening ceremony at the Palacio del Planado on January 1st.

“I’m going to work 24 hours a day, not four,” as Bolsonaro has done throughout his term, which began in January 2019, compared the leader of the Workers’ Party (PT).

Jair Bolsonaro has spent the past week and a half behind closed doors in Alvorada and, according to rumours, at his son Flavio’s mansion, where he may have gotten his information. The rise of far-right militancy Intervention of armed forces is required.

One of these groups is in front of the Army General Headquarters, where the “Freedom Camp” is set up. Demands ranged from military intervention to annulment of the PT victory.

This Thursday a hundred large trucks reinforced the Bolsonarian cantonment, from where they threaten to advance towards the Brazilian center, with the aim of encircling the Federal Supreme Court or the High Electoral Court.

The days of the quarters pass between prayers and the playing of national and military anthems with national flags and parades bearing inscriptions such as “SOS Armed Forces”.

Flavio and Eduardo Bolsonaro’s visit to the Italian embassy on Tuesday morning led to press speculation. The media has observed two facts. On the one hand, despite the existing far-fetched rumours, they have gone together: Flavio would favor recognizing Lula’s victory and Eduardo, associated with the American extremist Steve Bannon, would deny the victory and want to bet on some rebel exodus. For the acquisition of American capital.

The second notable feature is that they almost went on a state visit with their bodyguards and official vehicles. Political character. Different from the procedure undertaken by private citizens interested in holding a passport of another country.

That’s what Brasilia knows Jair Bolsonaro Frustrated and panicked by the election results Six court cases Reactivated once you lose the privileged forum.

of some These processes can affect Flavio and Eduardo. Although retaining jurisdiction, they could lose it if their colleagues in Parliament dictated.

Lula said crimes committed by the far-right these days “must be investigated” and that Bolsonaro’s decrees, which imposed a hundred years of secrecy on his government’s operations, must be extinguished.