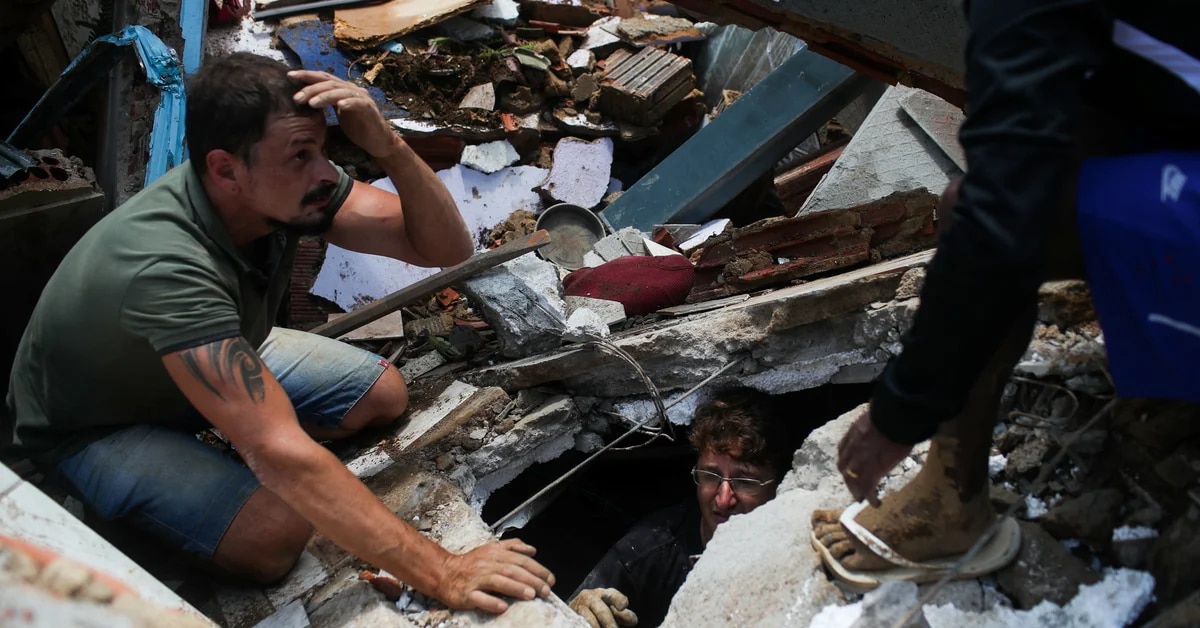 The rainy season has already hit the city of Petropolis (southeast) in Brazil. More than 150 diedWhile the search for the dozens of missing continues, official sources announced this Sunday.

At least 152 people have been killed in heavy rains since last Tuesday, civil police said. Destroyed part of the old Brazilian “imperial city” located in the mountains of Rio de Janeiro.

Rescue workers search for victims at a landslide near Moro da Officina after heavy rains in the Brazilian city of Petropolis. REUTERS / Ricardo Moraes

Civil police released a new list this Saturday that identified a fraction of the dead, more than 16 on Friday. ‘O Globo’ learns that the number of missing persons has dropped from 191 to 165, according to the Discovery Police Station.

Received Legal Medical Institute (MIL) Bodies 89 women and 55 men, of which we must include 27 minors, children and adolescents.

More than 500 firefighters are trying to locate the victims, however their work has been hampered several times this weekend due to poor visibility as a result of intensifying rain and fog in the municipality.

Brazilian authorities have so far rescued 24 people in this historic city of about 300,000 people, located 70 kilometers from Rio de Janeiro.

About 800 people have been evicted from their homes and are receiving community assistance at one of 20 support points, including schools and churches established in the city.

A woman is photographed at the site of a landslide in Moro da Officina after heavy rains in the Brazilian city of Petropolis. REUTERS / Ricardo Moraes

The Civil Defense sent text messages to residents of Petropolis the previous day and activated warning sirens in response to the possibility of new rains.

Last Tuesday afternoon, Petropolis was devastated by the worst rain in almost a century, with dozens of landslides, flooding in various parts of the city and heavy flooding destroying everything in its path.

Heavy rain again on Thursday and fresh flooding worsened the situation in the city, which is slowly trying to return to normal in the middle of the pit.

The Rio Fire Department requested internally, In order to deal with a large number of incidents, it is urgent to purchase more helmets, gloves, wells, spades, buckets and flashlights.Revealed by the portal “UOL”.

A rescuer walks past a landslide in Moro da Oficina after torrential rains in Petropolis, Brazil. REUTERS / Ricardo Moraes

Although Rio Governor Claudio Castro has explained that strong instability in the terrain prevents large numbers of troops from moving to those sophisticated locations, a section of the population has criticized the lack of troops in severely affected areas.

“It is exciting to see the mobilization of other states in sending teams to Rio de Janeiro to assist us in our search in Petropolis. Thank you very much to the governors,” Castro said.

After heavy rain in Petropolis, Brazil, a man drives his car into a landslide near Moro da Officina. REUTERS / Ricardo Moraes