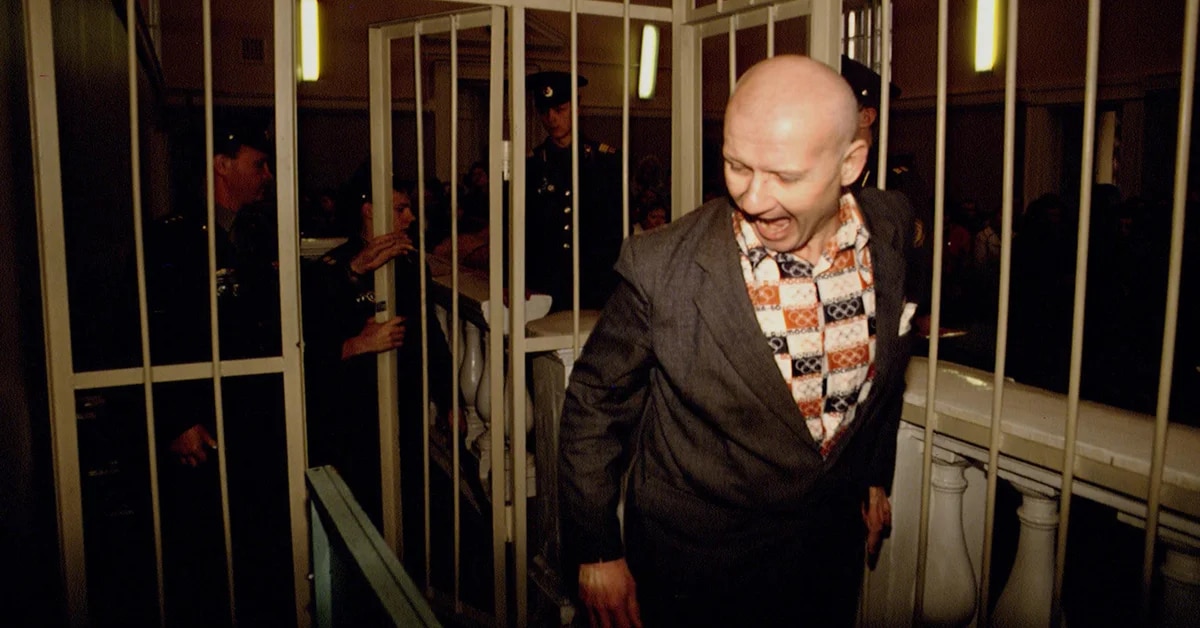 Andrei Romanovich Chikadillo, better known as “Rostov’s Butcher”, “Red Ripper” and “The Ripper of Rostov”, killed 56 women and children in the former Soviet Union, raped them and in some cases hanged at 57. After many years of investigation for those 53 crimes.

Born October 16, 1936 in Yaplochnoy (now Ukraine, but a small town in the Soviet Union), Romanovich Chikkadillo He was listed as the worst serial killer in the country at the time.

Like many families of the time, this man suffered Famine and poverty Due to the policies of the then dictator Joseph Stalin, he led the country with an iron fist in those years and was behind many assassinations in the occupied territories such as Ukraine at that time.

World War II erupted over these issues, in which the settlers had to fight on a mandatory basis.

Precisely the Father of Chikatillo One of them, beyond that, was able to return alive from the battlefield after he was captured and captured by the Germans. He was considered a traitor by the Soviet government, which affected the lives of those close to him..

The young Andrei at the time was an awake but quiet child, and he was too scared to leave his home because his mother told him and his sister that his older brother had been abducted and eaten, for which he had suffered great psychological trauma before.

However, Mother’s words were not so far-fetched because many of the missing had complained to the area, and it is even known that there were cannibalistic acts of famine.

“Rostov’s butcher” had myopia problems, but did not consider that he did not wear glasses until he was 30, while he soaked the bed until he was 12, constantly suffering from teasing and damage. From his classmates.

His first intimate experience with a woman occurred when he stormed into his sister’s friend, but realizing what he was doing, he immediately walked away and apologized. That fact did not go unnoticed by this young man That situation made him ejaculate in the pants without even having an erection.

The incident was hidden from the woman, who watched the act with fear, and this “monster” created a feeling that will not be forgotten for many years.

As studied professionally Communication Engineering Technician, Something downhill after entering the university in frustration – he was very intelligent, but self-conscious.

At the age of 19, he had his first love affair with a woman, which failed because of two failed attempts at sex. He was unable to maintain his erection, which left him unconscious and led to suicidal thoughts throughout his life..

See also  Ómicron: Everything you need to know about the new corona virus variant

While doing his compulsory military service, he met a woman who, like many others in the bars, approached the soldiers who had spent their time in their uniforms.

The young woman hugged him, and after a little hesitation did the same in trouble, but suddenly it was so hard, so the woman began to fight with him in fear, and after a moment freed her. She escaped from the place, but Andre was stunned, because I experienced an orgasm while fighting with her.

That fact marked this killer for a lifetime Combines physical violence with sexual attraction.

At the age of 27, he had already settled in the province of Rostov – the capital Rostov-on-Don – rumors of homosexuality were advancing – he could be taken to jail for not allowing that condition – and his sister introduced him to a friend. He was married.

Despite sexual dysfunction, Can have two children, Many years later, their father denied that they had been physically or sexually assaulted.

In trouble, with his wife and one of his children

Through this he realized a Great attraction for minors, Especially those under 12 years of age.

Victims of the crime were documented

His fantasies kept growing He sexually abused several minors and lost his job in 1974, but his documents were not tainted. His interest was focused on younger girls and in 1978, again as a teacher, he was severely accused of sexually abusing a child under the age of 15, but the school did not listen.

Chikatillo bought a small room on the outskirts of the city with the idea of ​​bringing the girls to be abused.

He arrived on December 22nd A 9-year-old girl who was walking alone in the street approached her on impulse. The little girl wanted to go to the bathroom and she had several minutes to go home, so he treated her kindly and persuaded her to go home to leave the emergency room.

Upon entering the place, he jumped on her and tried to rape her with the help of his fingers. The uterus broke and blood flowed out. Seeing this he experienced an orgasm he had never experienced in his life, Someone who had lost his speed, took a knife from his bobbin that he had taken with him.

He had a small cut in his stomach, but found it Seeing her stabbed and bleeding from the victim’s pain made her even happier. Thus he lost control and was stabbed several times.

After the silence, he was horrified by his actions, and he may have been discovered by the screams of the little girl.

Realizing that everything was still calm, he snatched the body and threw it into a nearby river, which was found by police two days later.

The crime stunned the city and the search for the killer was immediate because the troublemaker made two mistakes: when he put the little girl’s body on the floor to close the door, he left the blood stain he found during the investigation and the light on her. The house lay still, the neighbor noticed.

Thus, the authorities said before, His determined personality brought him out with eight inquiries, And no problem was avoided, but this fact stunned him and made him very careful.

Photo by McShot of Andrei Chikatilo

Unfortunately, authorities have charged a man who lived in front of the river where the body was found, who was convicted in the past for abusing minors. This was a false accusation He was tortured to confession and later sentenced to death.

In 1981, he resigned from the teaching profession because of strong rumors that he had been abused, that he had misbehaved with his classmates and that his students had ridiculed him and ignored him.

He later became a factory supply officer, something far less than his knowledge, but now he has a lot of freedom to focus on dominating his mind.

Through this work, this person was able to travel to different parts of the country, often using the railways, to places that were sometimes less traveled and, above all, to a greater number of young people begging or selling goods. Stations ..

The procedure was always the same, he deceived the victims into taking them to distant places among the bushes, and when they were at a certain distance, he brutally attacked and killed them.

He beat them, tied them up, and put dirt, grass, or mud in their mouths to prevent them from screaming.

Then he pulled out their tongues with his teeth and continued to stab, even though he changed his way, Tries to avoid key areas, thus extending the test.

He constantly bit them on the legs, buttocks and arms I ate their nipples. In addition, Repeatedly reaching the climax, stabbing the victim in the eye with a knife.

Sometimes, with the help of a stick, he would place his semen in a girl’s vagina, simulate rape or cut off the lips and nose from their face, which could lead to amputation of the head.

Between 30 and 50 stab wounds in the genitals, the genitals were cut with a toothpick or knife to eat the penis and testicles. For his part With the little girls, he opened them, separated the uterus and ate it.

Most of his victims Children of both sexes, but also young people and a mother and her daughter were killed.

After the capture, A total of 56 murders were admitted, but it is speculated that there may be many more.

To prevent the crisis, he could reflect on himself because he did not appear to be a threat, and the authorities and the media avoided bringing up the matter of the killings.

Soviet Union police brutally searched for the killer, which terrified everyone.

In trouble He never used force and he was always kind enough to attract victims If someone refuses to follow him, he will leave without insisting.

He was fired after some blood tests for the offenses of two juveniles, but during more trials in his second seizure, Although Chikatillo’s sperm was of the AB type, his semen type was found to be AB. This caused great confusion and was the center of many researches that later aided science.

He was imprisoned for a minor robbery, but he was released earlier, and in the 1990s he committed one of his most heinous crimes in a forest near the Danlesjos station, which was already under constant surveillance by police in the area.

He was re-arrested by the KGB in Rostov-on-Don in 1990, with reports already in his possession. After a series of difficult questions, he broke down and pleaded guilty.

Overall, it was One trial charged 52 murders, and it even aired on television, showing a very unstable Cicadillo.

Similarly, he shaved his head and made strange remarks to the camera with a mad look, with the intention of declaring him innocent of a certain level of madness.

However, none of that helped him because he was sentenced to death and in February 1994 was shot in the head in Rostov-on-Don prison.

A new investigation reveals details of the “blood eagle” ritual, the barbaric execution carried out by Viking warriors.
These 5 countries have banned the celebration of Christmas