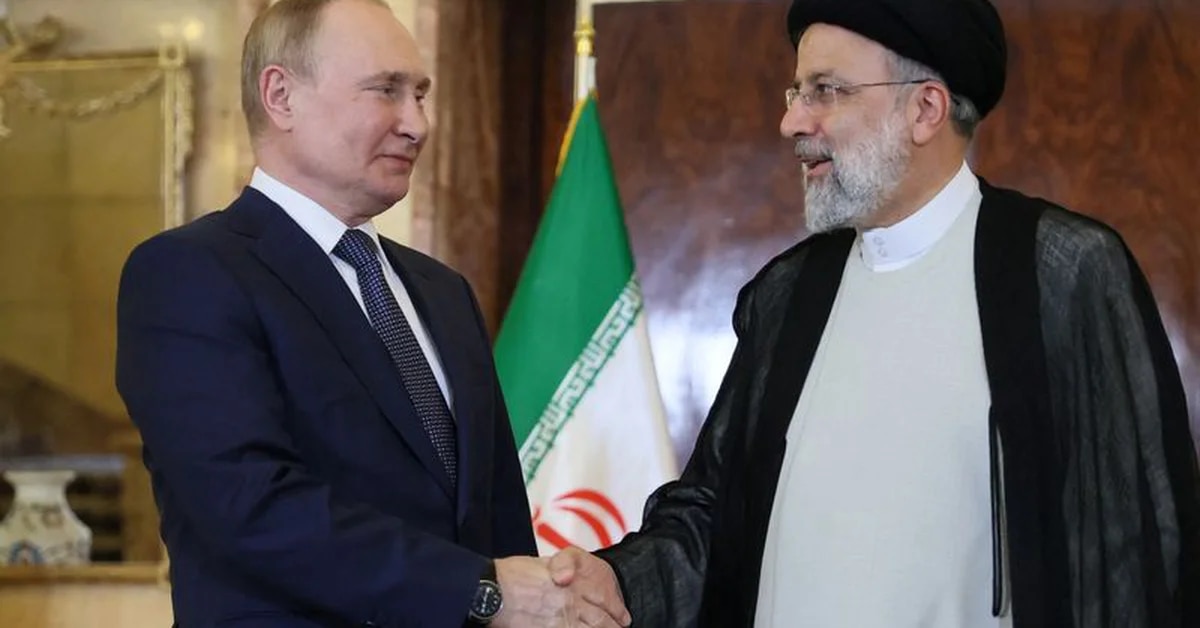 Parts of the Iranian-made Shahed-136 suicide drone are seen in Kharkiv, Ukraine on October 6, 2022 (REUTERS/Vitalii Hnidyi)

Foreign Minister Iran, Hossein Amiraptolahian, This Saturday he admitted that his country had supplied Russia with a “limited” number of drones.

“A few months before the war in Ukraine, we limited ourselves to supplying a small number of drones to Russia,” an Iranian minister tried to justify this Saturday after weeks of accusations. America and its allies in Russian usage Explosive Iranian drones During the conflict.

America It has also blamed Iran Delivering missiles and sending military personnel to Russian-occupied Crimea To teach the Russians how to use the planes and provide technical assistance. The minister did not comment on this.

Ukraine’s military says it has shot down hundreds of Iranian-made Shahed-136 kamikaze drones so far. Russia is believed to have ordered about 2,400 drones of this model.

In response to the transfers, the European Union and the United Kingdom have imposed sanctions on three Iranian generals and an arms company accused of supplying drones to Russia. In September, Kyiv decided to significantly reduce diplomatic ties with Tehran over alleged arms shipments to the country.

Russia is believed to have ordered about 2,400 drones of the Iranian Shahed-136 model (REUTERS / Vitalii Hnidyi).

The Shahed Iranians, renamed Russia Geron-2An explosive charge and can Hover over targets before moving towards them. They can be launched quickly from platforms. Their characteristic A-shaped design makes them easy to identify.

Iran reinforces its commitment to deliver Weapons for Russia’s Attack on UkraineAccording to U.S. and allied security officials, only by agreeing to send it in secret Attack dronesBut also from what some authorities first described Missiles made in Iran Intended for use against Ukrainian cities and troop positions.

The increased arms flow from Tehran could help offset what Biden administration officials say is a rapidly dwindling supply of Russian military equipment and precision-guided munitions since Moscow invaded the country in February. Many Ukrainian cities.

An intelligence assessment shared in recent days with Ukrainian and US officials maintains that Iran’s arms industry prepares first shipment of Fateh-110 and Solbakr missiles, two well-known Iranian short-range ballistic missiles capable of hitting targets 300 and 700 kilometers away, respectively, two officials briefed on the matter. If carried out, it would be the first such missile delivery to Russia since the start of the war.

In August, the same authorities identified specific Iranian drones. Shahed series and Mohajer-6, Tehran began supplying Russia for use in Ukraine. The remains of both types have been recovered, analyzed and photographed by Ukrainian forces in recent weeks. Russia appears to have repainted those weapons and given them Russian names.

Russians and Ukrainians play a game of cat and mouse as they prepare for the Great Battle of Kherson
The US National Security Adviser met with Zelensky at Q to ensure economic, military and humanitarian support.

See also  They arrested a German diplomat in Brazil: they suspected him of killing her husband