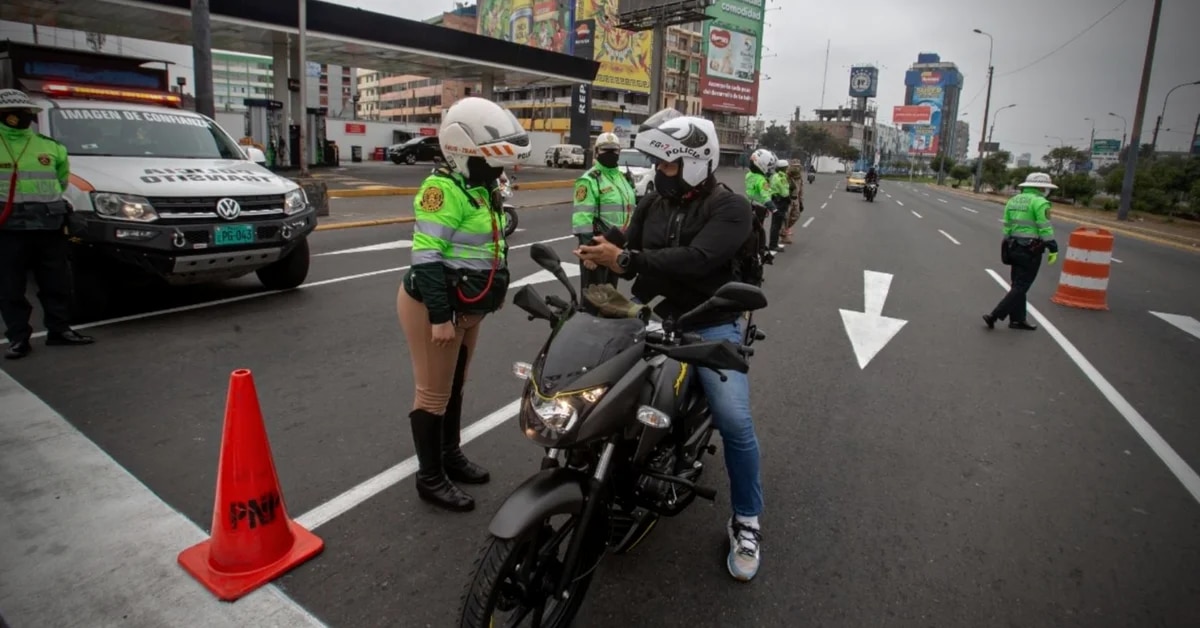 After the declaration of Defense Minister, Alberto Otterola since last Wednesday, December 14On the declaration of Emergency Nationally, the move was officially announced this afternoon amid strong protests in Peru supreme command Published in the official newspaper El Peruano.

The document consists of seven articles and for thirty (30) calendar days in the first one, Emergency Nationally. Maintains control of internal order with the support of Peru’s National Police armed forces.

Next, they insist on suspension of exercise Constitutional rightsRegarding freedom of home, freedom of movement through the national territory, freedom of assembly and personal freedom and security, subsections 9), 11), 12) and 24) are included in direct f) of Article 2. Political Constitution of Peru.

This created a lot of anxiety in the community as it was not clear whether social activities could be carried out as Christmas and New Year were celebrated. The Minister of the Interior, César Cervantes, made it clear that meetings, parties, celebrations can be held as long as they do not plan to alter public order. “If you’re going to get married, you can get married without any problems,” he joked Minister of Justice, Jose Tello.

The Justice Minister spells out the possibility of holding community meetings. Chanel N

They also point out that the Emergency Law declared in Article 1 of this Supreme Decree is valid. Emergency situations Announced in various departments of the country, the National Police of Peru is responsible for controlling internal order.

This may interest you: State of emergency today: restrictions, what it means and the latest news on the 30-day rule in Peru 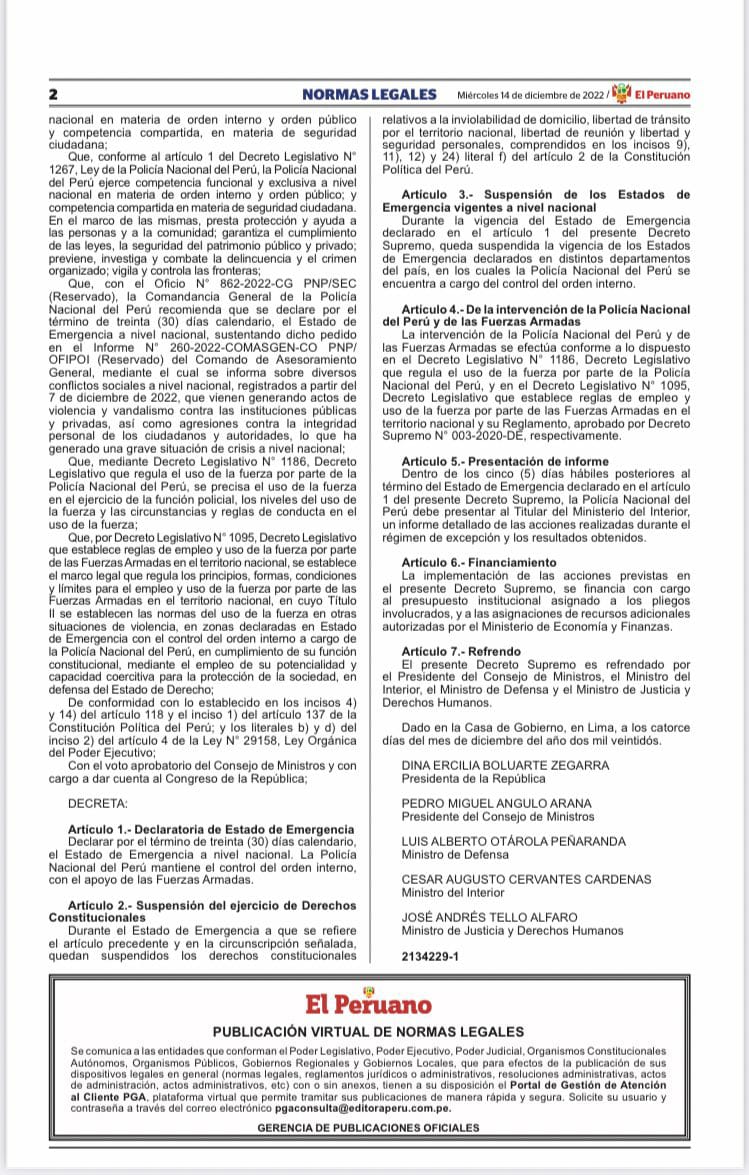 Within five business days of the end of the Emergency Act, “The National Police of Peru To be submitted to the owner of the Ministry of Home AffairsA detailed report on the activities undertaken and the results obtained during the exceptional regime”.

See also  49 years after the coup, Borik agrees to search for the missing | Tribute to victims of Pinochet dictatorship in Chile

“It was agreed to declare a state of emergency across the country. Acts of vandalism and violence, as highways and roads have been seized, are already stabilization actions,” the minister said earlier.

This may interest you: Banks is demanding the investigation of Congressmen Bermejo, Chavez, Bellito and Tello after they were accused of being instigated by the PNP.

Demonstrations began on December 8, a day after the self-coup and arrest of the former president Pedro CastilloIn various parts of the country including Arequipa, huancavelica Y lime.

The head of the defense ministry pledged that Tina Polwart’s “strong and authoritative response from the government” is needed for the various acts of violence that have already claimed the lives of seven people.

The officer pointed out Peruvian National Police (PNP) Maintain control of internal order with the support of Armed Forces (FFAA.).

This may interest you: Dina Boluarte: “Elections could be brought up to December 2023 if Congress carries out reforms”

mentioned in this notice OtarolaIt means “the impossibility of assembly and residence, the suspension of the rights of freedom of movement, assembly and personal liberty and security”. 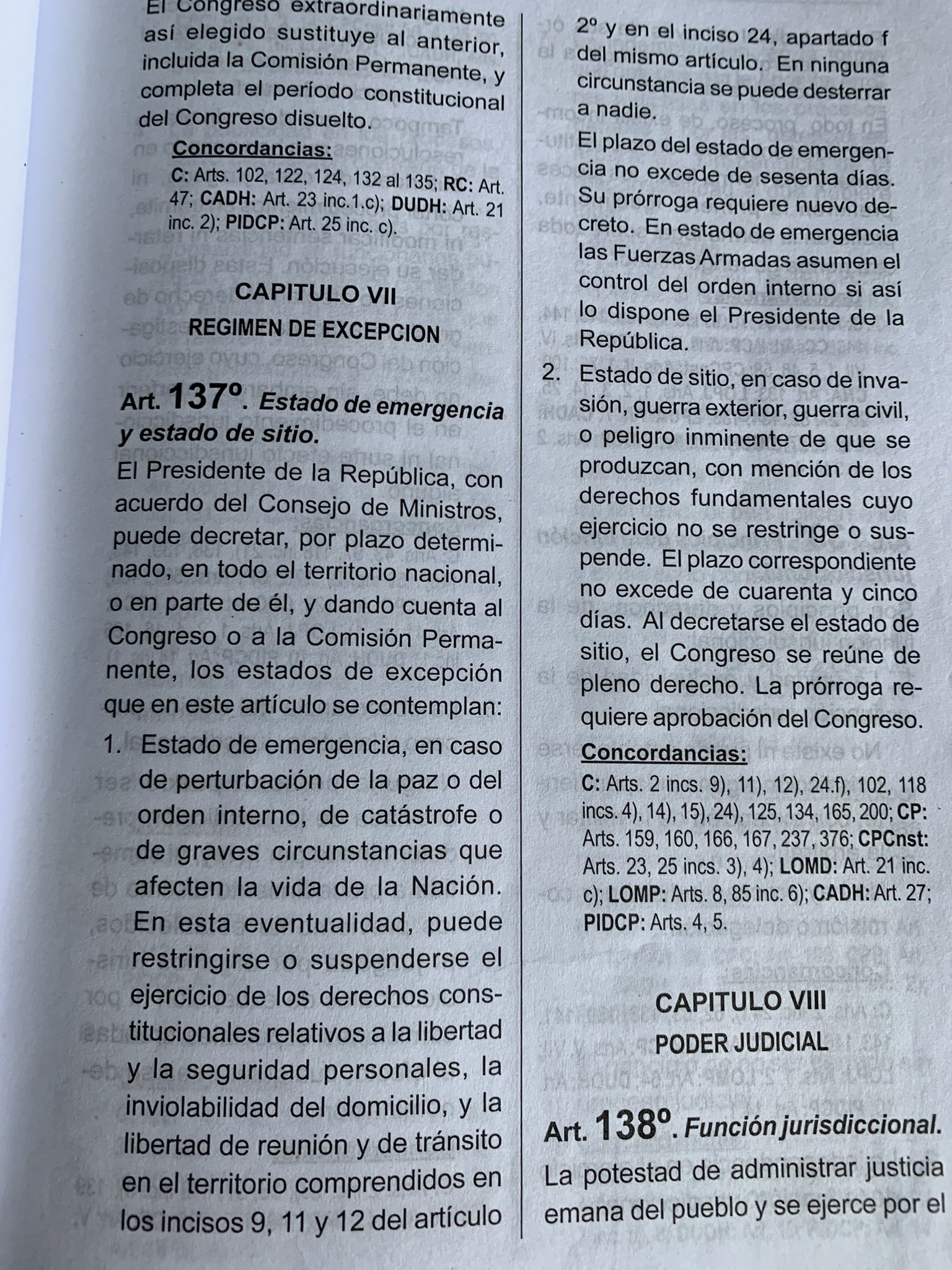 “The exercise of these rights and other fundamental rights enshrined in the constitution will be protected by the government so that the citizens will have safety and security, first we control internal order and then, we will ensure free movement. Peace to all the great people”, he pointed out.

The duration of the state of emergency specified in the regulatory framework shall not exceed sixty days. For its continuation, a fresh order would be required after the expiry of the specified period. Finally, Minister Otorola ultimately did not rule out the curfew. This action will be evaluated on Wednesday the fourteenth.

Through its social networks, the Ministry of the Interior indicated that the state of emergency was declared “to protect the integrity of Peruvians”. They promise that Peru’s national police, together with the armed forces, will ensure the restoration of internal order in the country.

📢 A state of emergency was declared for 30 days throughout the country to protect Peruvians and the integrity of Peruvians.
👮🏽‍♀️👮🏽‍♂️ Th @PolicePeruAlong with the armed forces, it will ensure the restoration of internal order in the country. pic.twitter.com/z0gKYUAV1C

Meanwhile, the National Human Rights Commission mentioned in the declaration Emergency”Exacerbating the risk of human rights violations. In this line, they recalled that the suspension of liberty only applies to situations directly related to the persons involved in the activities. Violence.

One of the questions people ask is going around Community gatherings within the framework of emergency legislation. Jose Tello, the Minister of Justice said, “If someone is going to get married, don’t worry, they can get married.” He pointed out that this was just one example, but the same would be true of any other ceremony or other type of function. He stressed that people should not engage in violent sports.

On his part, the Home Minister, Cesar Cervantes, indicated that these activities can be carried out normally. However, he clarified that the rules will be continuously evaluated.

The Justice Minister spells out the possibility of holding community meetings. Chanel N

Recent events have arisen in the country Fist, various protesters blocked the city’s main access roads. Commercial activities are reported to be suspended due to crime in the area.

Also, the bus stands in the same area were temporarily closed due to the protest. As the manager explained Terrestrial Terminal Special SchemeTanitsa Suchullo said the measure was taken to protect the integrity of citizens.

This may interest you: The Justice Minister will brief the Congress on the plan to conduct the elections

On the other hand, after the capture of airports in the regions Andahuaylas, Cuzco Y Arequipaairport Juliaca (Puno) It also decided to temporarily close the airport runway.

Martin La Rosa, a representative of the International Air Transport Association (IATA), said the suspension of operations at Juliaca was limited to “Apurimac, Arequipa and Cusco airports”.

“(In these areas) the protestors tried to attack the landing areas and damaged the infrastructure of the airports, thereby making it impossible to re-establish flight operations. Thousands of passengers who had to reach their destination were affected,” he commented in a conversation with RPP News. 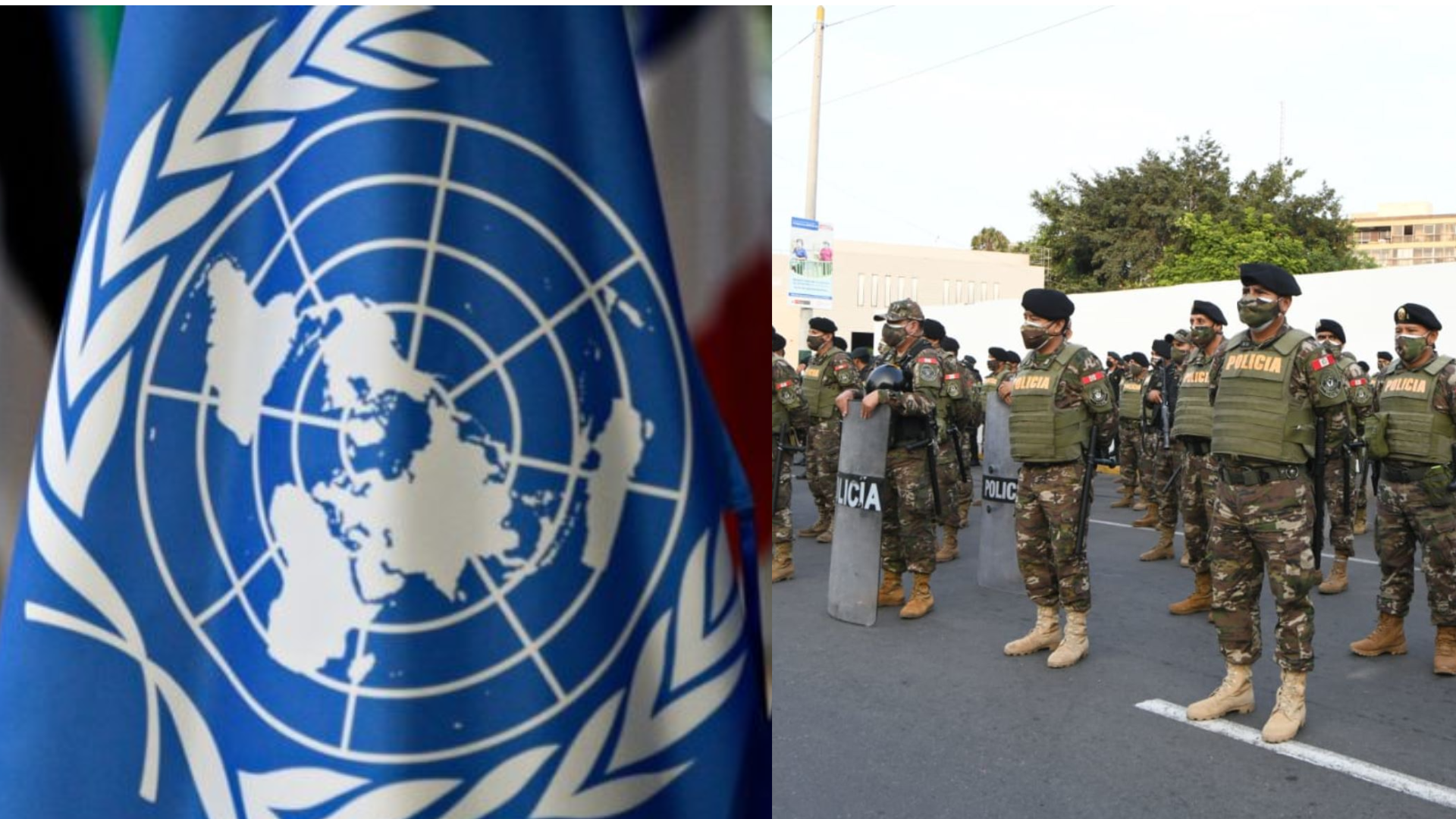 The UN declares a state of emergency. Photo: Andean

A few hours ago, the UNUN) Dina Boluarte issued an announcement on the measure established by the government, which authorizes the armed forces and the National Police of Peru to maintain order in the context of the crisis passing through the country due to violent demonstrations.

Spokesperson for the Secretary-General, Stephen Dujarric, hinted that the roads should be open for people to demonstrate if they “decide peacefully”. He also explained that they were “very concerned about the events in Peru” for which he asked them to “maintain the rule of law”.

“We are following the situation very closely” in Peru, Dujarric said.

On his part, the Defense Minister, Alberto OtterolaMentioned in the last hour of Wednesday, December 14th Emergency Limits constitutional rights related to violation of citizenship, Freedom of movement through national territory, freedom of assembly and personal freedom and security.

However, it clarified that those rights were suspended It does not prevent people from carrying out their activities normally Despite the terms agreed upon hours ago.

“Let it be declared Emergency That doesn’t mean you shouldn’t go out. What prohibition is imposed if there is a gathering in a house? National Police of Peru Assume that something is planned, you can enter that address to carry out a control intervention,” he warned during an interview on a Latin news broadcast.

Similarly, he called on the head of the defense department Congress of the Republic Expediting the approval of the plan to advance the elections sent by the administration to reduce social tensions and various demonstrations that harm the whole of Peru.

“The only body that can approve this kind of regulation is because they have to be done Constitutional reforms. We ask them to understand the pace and above all the situation in the country,” he concluded in front of an audience of thousands.

Emergency: Will weddings, proms and sporting events be allowed?
Emergency: What about travel? Will there be new year celebrations? Questions and answers about this activity
State of Emergency: Confirming that gatherings will be allowed this Christmas and New Year