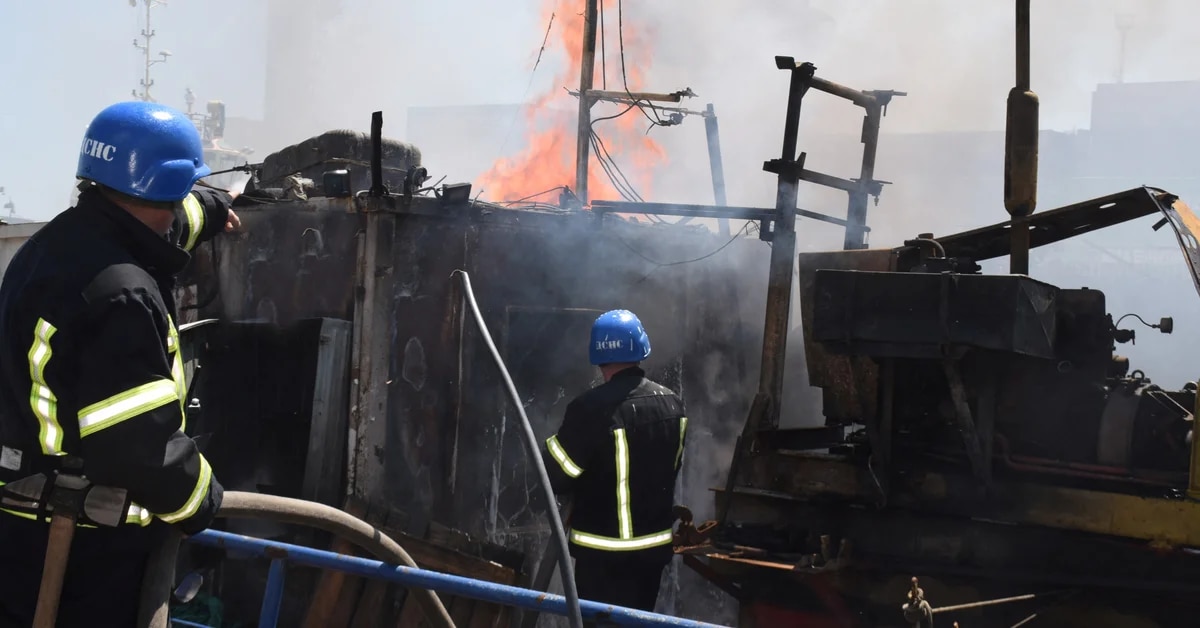 Putin launched the attack a day after the grain export deal

“The United States strongly condemned Russia’s missile attack on Ukraine’s Odesa port today. 24 hours after finalizing a deal to allow resumption of Ukrainian agricultural exports via the Black Sea, “Russia has breached its obligations under this agreement by attacking a historic port through which grain and agricultural products are exported,” said Secretary of State Anthony Blinken..

The United States strongly condemned Russia’s attack on Odessa port today. It undermines efforts to bring food to the hungry and the credibility of Russia’s commitment to a deal finalized yesterday to allow Ukrainian exports.

The US official added The Kremlin continues to disregard the safety of millions of civilians as it continues its assault on Ukraine.. “By effectively blocking the Black Sea, Russia is depriving Ukraine of its economic power and food supply to the world.”

“This attack casts serious doubt on the credibility of Russia’s commitment to yesterday’s agreement and undermines the work of the UN, Turkey and Ukraine to get critical food to world markets. Russia is responsible for the severity of the global food crisis and must end its occupation and fully implement the agreement it has adopted. Blinken charged.

State Department report on the attacks in Odessa

And spoke US Ambassador at Kew, Bridget Edge: “It is a scam. Russia attacks the port city of Odessa less than 24 hours after signing a deal to allow agricultural exports. The Kremlin continues to use food as a weapon. Russia must take responsibility.”

Outrageous. Russia attacked the port city of Odessa less than 24 hours after signing an agreement to export agricultural exports. The Kremlin continues to weaponize food. Russia must be taken into account.

UN Secretary General, Anthony GutierrezIt “unequivocally” rejected the missile strikes UN between Russia and Ukraine A key grain export deal, negotiated by the U.K., took place earlier in the day in the Ukrainian port of Odessa. “The Secretary-General unequivocally condemns the attacks announced today in the port of Odessa, Ukraine,” his deputy spokesman Farhan Haq said in a statement, adding: “Full implementation (of the agreement) by the Russian Federation, Ukraine and Turkey. Mandatory”.

“The European Union strongly condemns the Russian missile attack on Odessa port. Attacking an important grain export destination a day after the signing of the Istanbul Accords is particularly reprehensible and It demonstrates once again Russia’s complete disregard for international law and obligations. #StopRussia”, the High Representative of the European Union for Foreign Affairs and Security Policy wrote on his Twitter account. Joseph Borrell.

The European Union has strongly condemned Russia’s missile attack on Odessa port. Attacking an important destination for grain exports a day after the signing of the Istanbul Accords is particularly reprehensible and once again demonstrates Russia’s total disregard for international law and obligations.#StopRussia

Ukraine announced on Saturday that Russia had fired missiles at the port of OdessaA day after a major Black Sea terminal struck a deal to resume grain exports blocked by the invasion. 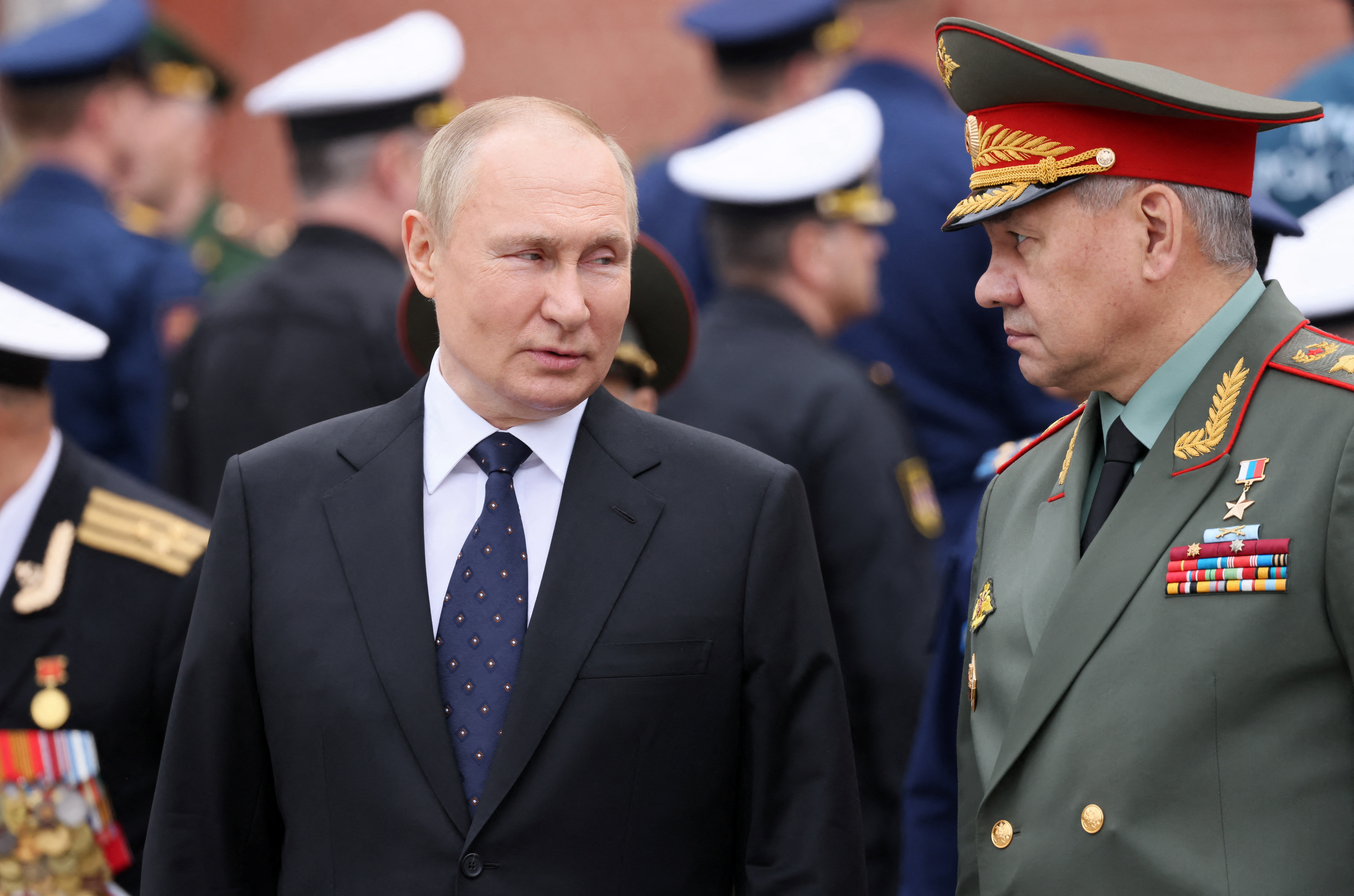 The attack comes a day after the two sides signed an agreement in Istanbul with the UN and Turkey to allow the export of banned grain through Ukrainian ports.

“Missile attacks on Odessa port, treaties and UN And with promises made to Turkey in a document signed yesterday in Istanbul, the Russian Federation has taken less than 24 hours to question.Spokesman of the Ministry of Foreign Affairs Oleg Nikolenko announced.

The Russian president fired missiles at the port Vladimir Putin “spat in the face of UN Secretary-General Antonio Guterres and Turkish President Recep (Tayyip) Erdogan, who made enormous efforts to reach this agreement,” Nikolenko said.

Russia will bear full responsibility if the deal fails, a Russian spokesman added, “for deepening the global food crisis.”

Saturday’s brutal Russian attacks tarnish the agreement reached yesterday by Kiev and Moscow after months of tough negotiations. The deal, involving Turkey and the UN, sought to ease a global food crisis caused by a grain supply blockade in the Black Sea and was the first major deal between the warring parties since the Russian invasion last February.

The agreement, in fact, negotiates a sea route to alleviate the food crisis from three Ukrainian ports, one of which is precisely in the city that was bombed this Saturday, Odesa. The other two are Pivdennyi and Chornomorsk. Between the three, about 22 million tonnes of wheat, corn and other grains are blocked by Moscow and stored in silos.

The deal should be a relief to countries that depend on the Russian and Ukrainian markets, which represent 30% of world wheat trade, although now -with Russia’s breach- their future is at risk.