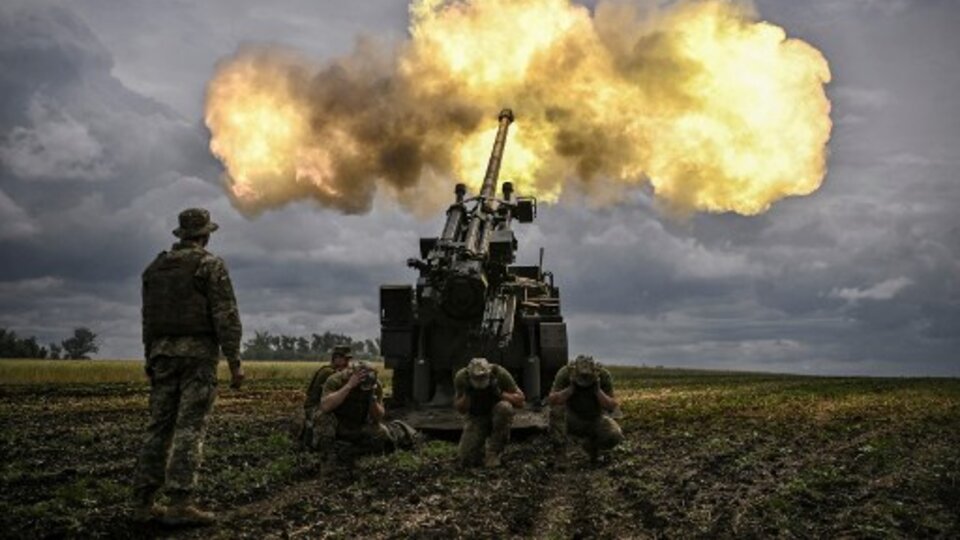 The Russian Defense Ministry today confirmed that Ukraine has suffered “significant” losses in its ranks since May 19 and the day before.

“During special military operations, the enemy suffers significant losses. In the last month since May 19, the 14th Mechanized Regiment of the Ukrainian Armed Forces alone has lost more than 2,100 lives among the dead and wounded,” he said. Spokesman, Igor Konashenkov, in his morning military area.

The Ministry of Defense further assured that “due to low moral and mental condition, 800 people who were destined to make up for the loss of this creation refused to go to the war zone, blaming the incompetence of the authorities in paying, bribery and relatives. Diet”.

Konashenkov said that about 100 soldiers of the 10th Mountain Assault Brigade were “withdrawn from the war due to great disobedience to the command and taken from the Poltava city of Kremensuk in central Ukraine.” For an investigation.

In turn, a spokesman said that “significant sections” of the commanders of the 30th mechanized battalion of the Ukrainian Armed Forces had “disobeyed the orders of their divisions and avoided combat operations.”

“Any pretext is used to simulate diseases. In most regiments there is not a single officer left,” he stressed.

“Russia has no right to threaten Lithuania,” said Dmitry Kuleba, head of Ukrainian diplomacy, following Monday’s condemnation of Russia’s introduction of “hostile” restrictions on the movement of goods into its Kaliningrad enclave via Lithuania.

“We welcome the policy position of Lithuania and strongly support our Lithuanian friends,” the Ukrainian Foreign Minister added on Twitter.

Russia has condemned the siege of Lithuania

Russian diplomacy has condemned the introduction of “hostile restrictions” on train traffic via Lithuania to goods destined for the city of Kaliningrad.Located on the shores of the Baltic Sea, as a result of the European sanctions adopted after Russia’s invasion of Ukraine.

“We demand the immediate lifting of these restrictions (from Lithuania),” Russian diplomacy said in a statement. Transport “Russia has the right to act to protect its national interests if not fully restored”He underlined.

“As a member state of the European Union, Lithuania violates a number of legal and international acts within the framework of sanctions, affecting not only Lithuania’s obligations but also the EU as a whole,” Konstantin Kochosov said. Russian Senate, on its Telegram channel.

Kaliningrad – which was a Prussian city until 1945 – is separated from the rest of Russia and borders Lithuania and Poland, two countries of the European Union and NATO.

According to Kozacho, The siege affects almost 50 percent of imports That the people of Kaliningrad needed.

“If we continue like this, the West may violate the UN Convention on the Law of the Sea of ​​1982, where there is freedom of movement and freedom of open water, which allows ships to cross the neutral water to reach Kaliningrad. The same goes for airspace,” he said.

Pro-Russian city officials Donetsk Kubyshev, Kiev and Petrovsky neighborhoods Is in the firing of Ukrainian artillery.

The mayor of Donetsk, Alexei Kulemzin, announced that a strong fire was affecting the Azotny region and called on residents to follow safety measures and hide in shelters.

Donetsk’s representatives at the Joint Center for Control and Coordination on Ceasefire and Stabilization on the Line of the Conflicting Parties condemned the Ukrainian army’s firing eight 155-millimeter missiles.

According to the President of the Crimean Republic Sergei Aksyonov, the Ukrainian armed forces opened fire on the facility of the Chernomorneftegaz oil and gas company in the Black Sea.

“Enemies attacked Chernomorneftegaz drilling rigs this morning … We are working to save the people,” Aksyonov told the Telegram.